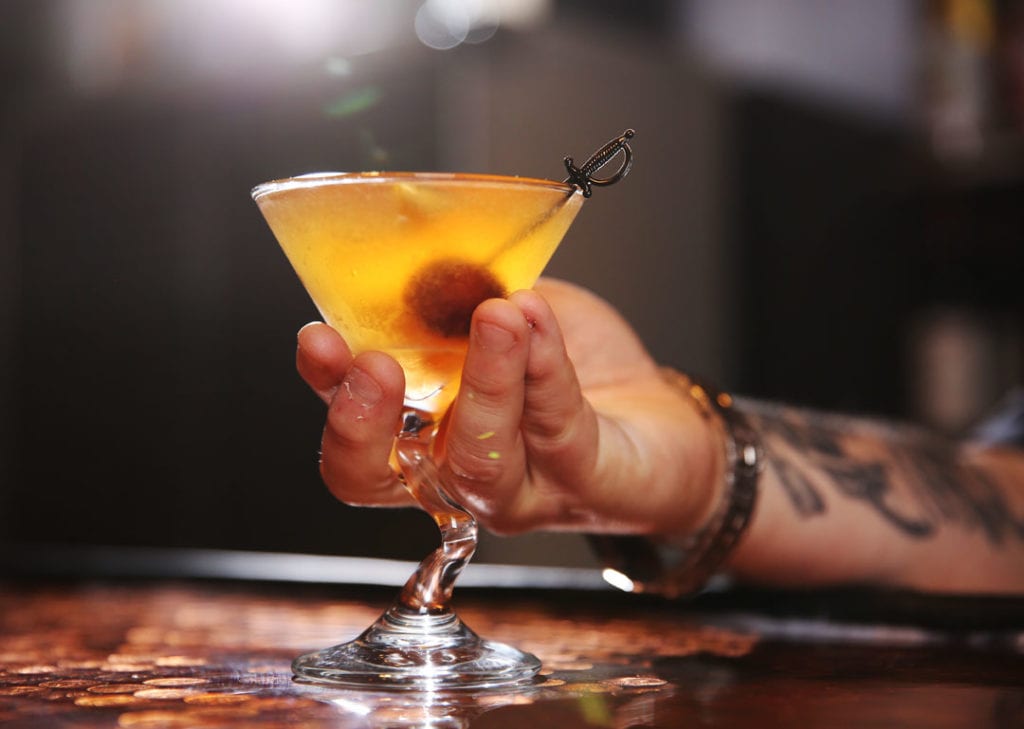 CASPER, Wyo. — Organizers of a unique event in Sheridan hope to bring together diverse artistic endeavors that are growing in Wyoming.

The first-ever “Soiree” on Thursday, April 28, in downtown Sheridan will join several Wyoming distillers with local musical and visual artists, with Casper talents among them.

The event is organized by the Wyoming Distillers Guild and Sheridan’s SAGE Community Arts.

“It really came about from a conversation I was having with the executive director at SAGE about how we could bring artistic disciplines together and elevate the artistic mastery of different things such as distillation and mixology, visual arts, musical arts and performing arts,” said Wyoming Distillers Guild executive director Michelle Forster.

“We’re pretty excited. This is definitely the first of its kind that we’re aware of.”

The venue is the historic WYO Theater in downtown Sheridan, with the nearby SAGE Gallery hosting a VIP hour.

Eight Wyoming craft distillers have signed on, including Casper’s Backwards Distilling Co. Each distiller will have its own booth serving craft cocktails and pouring samples of their products.

Seven Wyoming abstract artists are creating pieces specifically for the event, Forster said, and these pieces will be dispersed among the cocktail booths. In addition, three musical acts, some featuring Casper musicians, will perform on stage.

“Casper has such a thriving art scene and some really accomplished musicians,” Forster said. “We’re pretty stoked and honored that they’re going to come over and be a part of it.”

The Casper musicians include Gary and Jennifer DePaolo — who play viola and violin, respectively, in the Wyoming Symphony Orchestra — and pianist Susan Stubson. Gary DePaolo is also a composer of electronic string ambiance music, Forster said, and some of the music will be original to the event. Stubson will accompany an operatic duet program.

In addition, a funk and reggae band will perform near the end of the event, which will feature hot hors d’oeuvres and desserts catered by Chef Sam.

Forster said the event comes as interest in craft distilling continues to grow in Wyoming.

“We have 12 distilleries in the state of Wyoming, eight of whom are members of The Guild,” Forster said, “and it’s still growing. As far as we know, there are at least two or three distilleries in the planning process, and many more who reach out to us from time to time asking for advice.”

Forster, a Sheridan native who returned after leaving for a time, said the region’s arts scene is also becoming more of a presence beyond the region.

“It seems to me that the smaller arts organizations in Sheridan have a bigger voice than they did 20 years ago,” she said. “They’re doing more creative things and doing more things in their community.”

More information can be found here, and tickets can be ordered from the WYO Theater here.