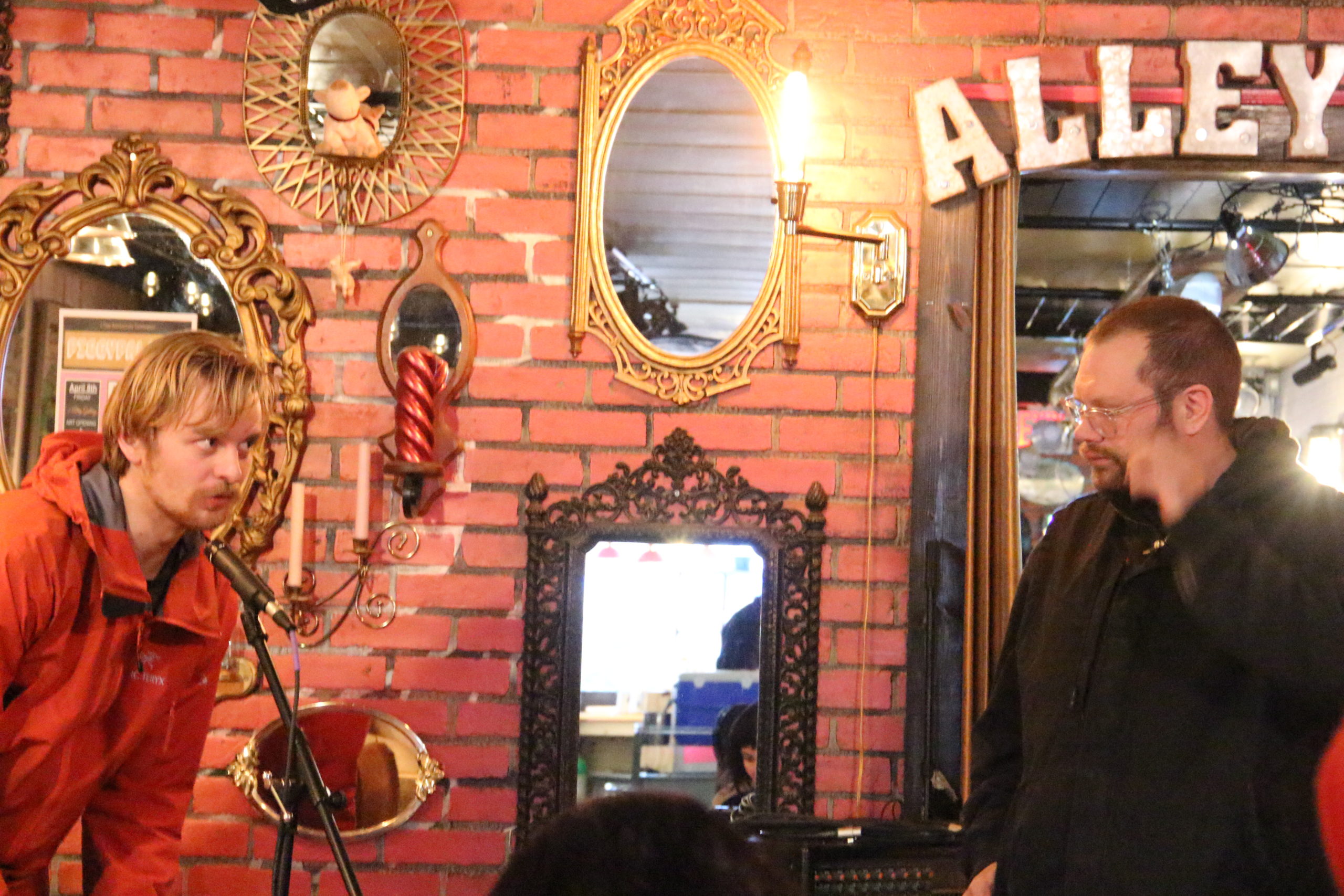 CASPER, Wyo. — After the resounding success of the inaugural Bad Poetry Slam (O-Rama) Sunday, April 10, organizers said the event will be returning on a regular basis.

It will be held on the first Sunday of every month at the Bourgeois Pig coffee shop in downtown Casper. Owner Josh Tinnell said the next iteration may include a broader call for material, including comedy.

The inaugural event was won by itinerant poet Gage Walker, whose original poem was a lengthy, Kerouac-ian, true-life account of his hitchhiking exploits over the previous three months, complete with interminable references to cities and towns, methods of transportation, and occasional poetic images.

“I wrote from experience, and my experience is bad,” Walker told Oil City at the event.

Zoby said the judges also appreciated that Walker faked them out by prefacing his original work with a recitation of a poem by Lucille Clifton, which was inspired by Lorena Bobbitt and an infamous episode of marital disharmony.

Walker won $20 in cash and $20 in store credit, as well as a 2022 “Goats in Trees.” A Pig regular named Terry also won a distinguished second place with a simplistic poem about coffee and companionships, repeated in a mix of French and German translations.

Before the event, Zoby said his conception of “bad poetry” would include anything overly “sentimental,” “instructive” or “concerned with rhyme.” Haikus with the wrong number of syllables were also sure to qualify, LaChance said.

Zoby said afterward that he was pleased to see an event focused on creative writing, though it might touch a general demand for visiting poets and events that might inflate the budgets and salaries of humanities departments.