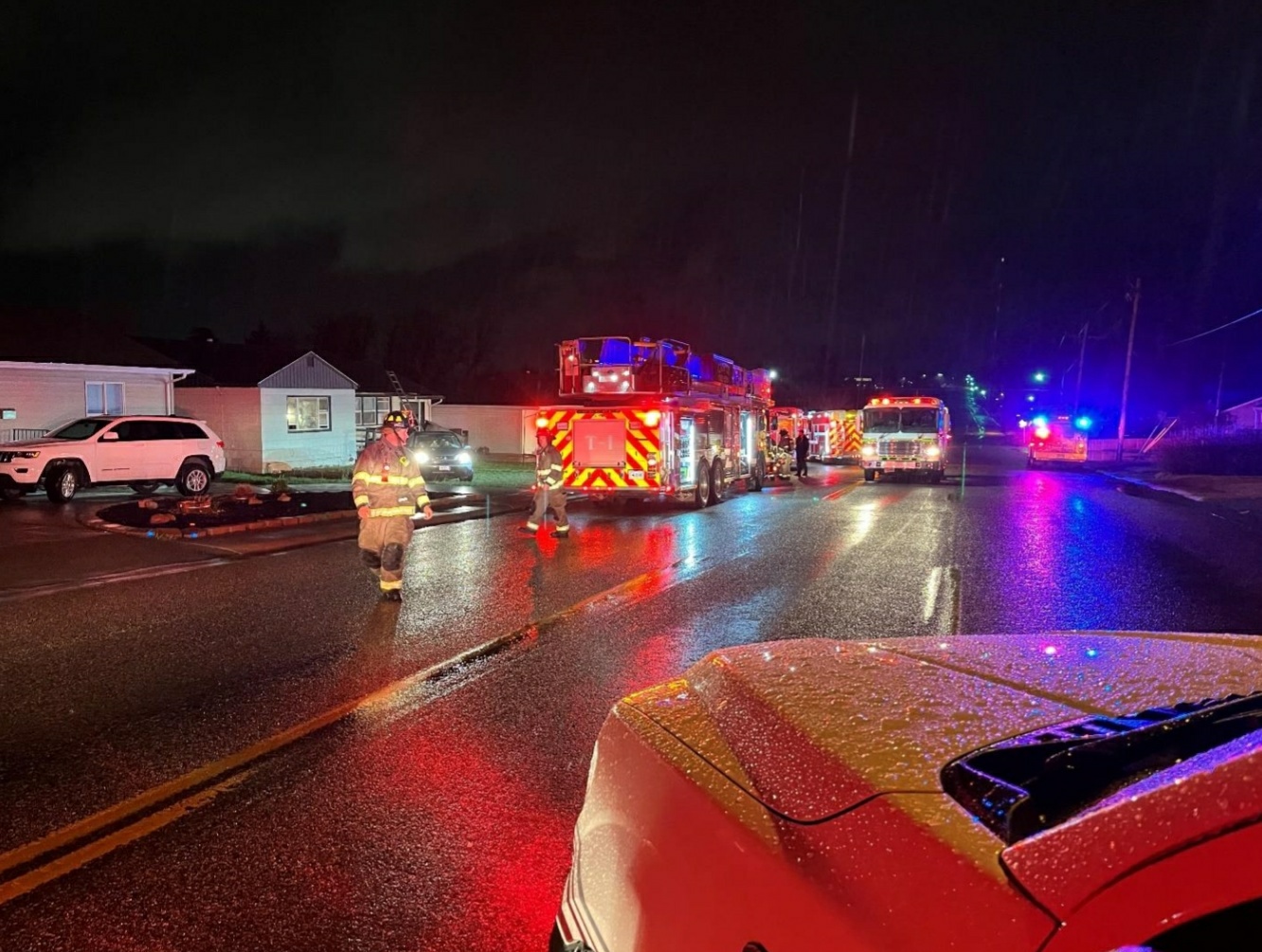 Although the residents are now without a home because of damage to the electrical systems, there were no injuries reported from the fire, the department stated in a news release. The residents received a burn fund check, and the American Red Cross was called to help them. Six adults and four children were affected, Red Cross said.

When firefighters were called to the 2800 block of East 12th Street at 10:48 p.m. Friday, smoke was coming from the home, the department reported. Firefighters learned that two people were still inside. Truck 1 and Rescue 1 firefighters began the search and rescue effort while Engine 3 began fighting the fire.

“The occupants were quickly located and removed; the fire was found in the garage and extinguished,” the department’s release states.

Engines 1 and 5 also conducted a secondary search of the home. They forced entry into the garage and helped with salvage/overhaul.

Three engines, the ladder truck, the rescue truck, and the on-duty battalion chief responded initially and were later joined by one chief officer and a fire investigator. Casper Fire-EMS also received assistance from the telecommunicators at the Public Safety Communication Center, officers from the Casper Police Department, an ambulance from Banner Health, and technicians from the utility companies, the department’s release states.