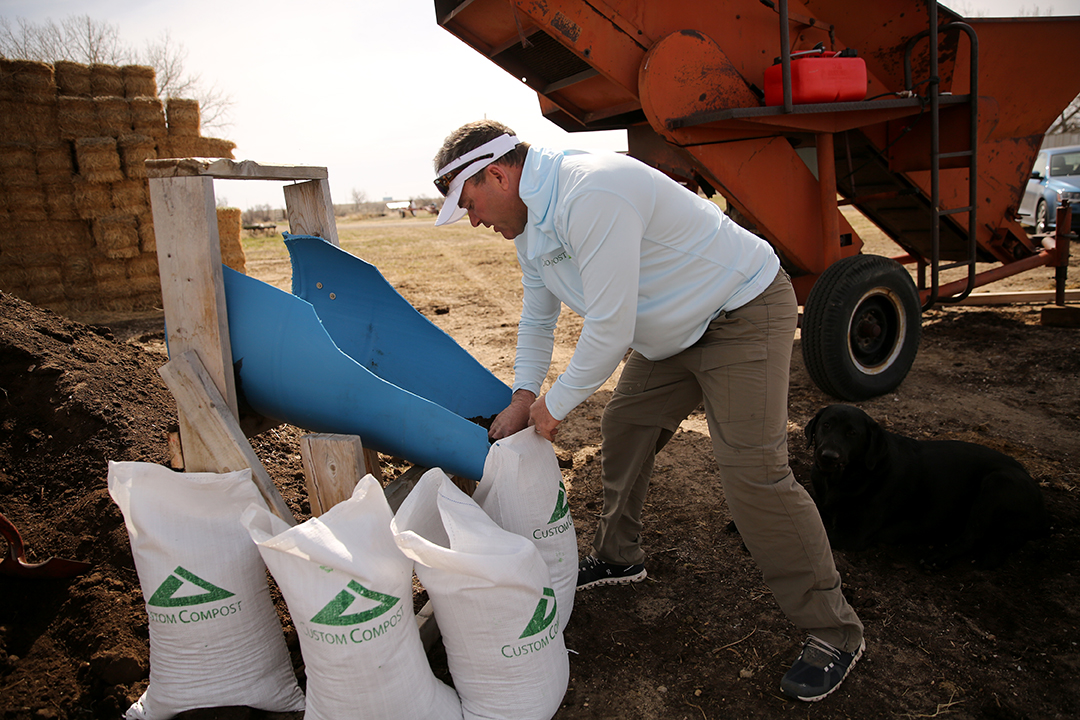 CASPER, Wyo. — Casper Fire-EMS Capt. Craig Kidder’s day job doesn’t allow him a lot of time to work in the dirt like he did while growing up.

“My family’s been in agriculture my whole life,” he said.

One thing his job does offer, however, is extended time off. Several years ago, he started thinking of ways he could fill his down time while honoring his agricultural roots.

Kidder soon got involved with a Casper College pilot project aimed at reusing its ranch campus’s waste, which was routinely dumped into the landfill.

“We started an aerated static pile composting method,” he said recently at one of his compost sites. “We did a pilot project with them and took some of the existing science with aerated static pile and applied it to Wyoming, and took a net negative that was going straight into landfill and converted that into bioavailable living soil and compost.”

From that pilot project came Custom Compost, which is now producing some 250,000 pounds of organic compost from waste material.

The compost starts out as a mixture of horse and cow manure, bedding materials and leftover hay and straw. Instead of hauling it to the landfill, the waste is taken to Kidder’s composting sites, where it’s mixed with a balance of moisture and oxygen that is delivered through PVC pipes.

“Raw manure has a lot of nitrogen and some pathogens,” he said. “Farmers used to spread manure on their fields, but with the weed seed, they’d have to apply so many chemicals to keep the weeds down.”

The composting method Kidder uses naturally brings the temperatures up above 131 degrees for a number of days, destroying the seeds but allowing the beneficial microbes to thrive. The piles are monitored so they won’t go over 160 degrees, which would kill off the microbes as well, he said.

When the natural chemical reactions are done, the product is sent through an old soil separator he rescued and refurbished from a farm in Cheyenne. The processor smashes it into a fine material and separates any hard or rocky leftovers.

From there, Kidder and family members fill truckloads for customers, as well as bags that are sold at Galles Greenhouse and Noland Feed.

Kidder said the natural compost his company makes lacks harsh chemicals from store-bought fertilizers. “Probably one of the biggest problems that we’re having in the United States is runoff from residential lawn care,” he said. “So this is a natural bioavailable product that adds nutrients to your lawn.”

“The biggest thing is it’s going to activate your soil,” he said. “Your root systems will go deeper, you’re gonna get a bigger canopy on your lawn that’s more heat resistant, and you’re gonna be able to water it less.”

“This type of business gives me the opportunity to give back to the place where I grew up,” he added.

More information can be found at Custom Compost’s Facebook page or by calling 307-259-6577.