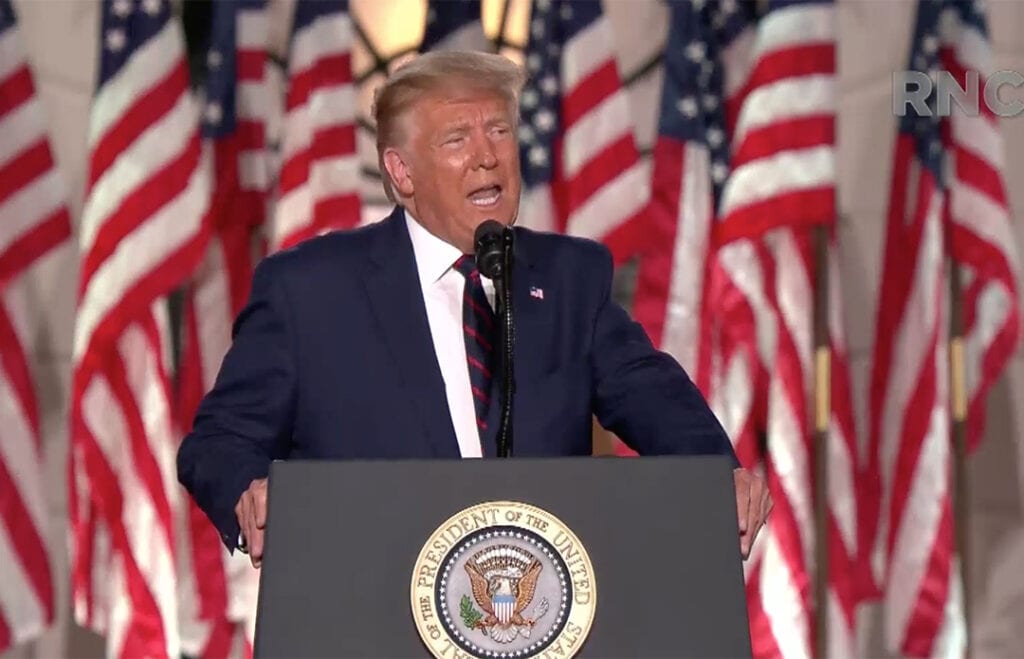 President Donald Trump gives his speech during the final night of the 2020 Republican National Convention at the White House on Thursday, Aug. 27, 2020. (GOP via Twitter)

CASPER, Wyo. — Former President Donald Trump will hold a rally in Casper in support of candidate Harriet Hageman on Saturday, May 28. The announcement was first reported by the Casper Star-Tribune on Monday.

According to Trump’s website, the “Save America Rally in Casper” will take place at the Ford Wyoming Center, with doors opening at 11 a.m. and a scheduled start time for Trump’s speech set at 4 p.m. (Click the link at the start of this paragraph for ticket info.)

Trump offered his support to Harriet Hageman, who is challenging Rep. Liz Cheney in the primaries after she voted to impeach Trump for his role in the Jan. 6 riots at the U.S. Capitol.

In a release on social media, Hageman said, “It will be a tremendous honor and incredibly exciting to have President Trump visit with us and it will no doubt be the largest political event in Wyoming History.”

“I am grateful for President Trump’s support in my campaign, and I look forward to seeing him in Casper,” she continued.

More than 70% of Wyoming voters voted for Donald Trump in the 2020 election, according to Politico.