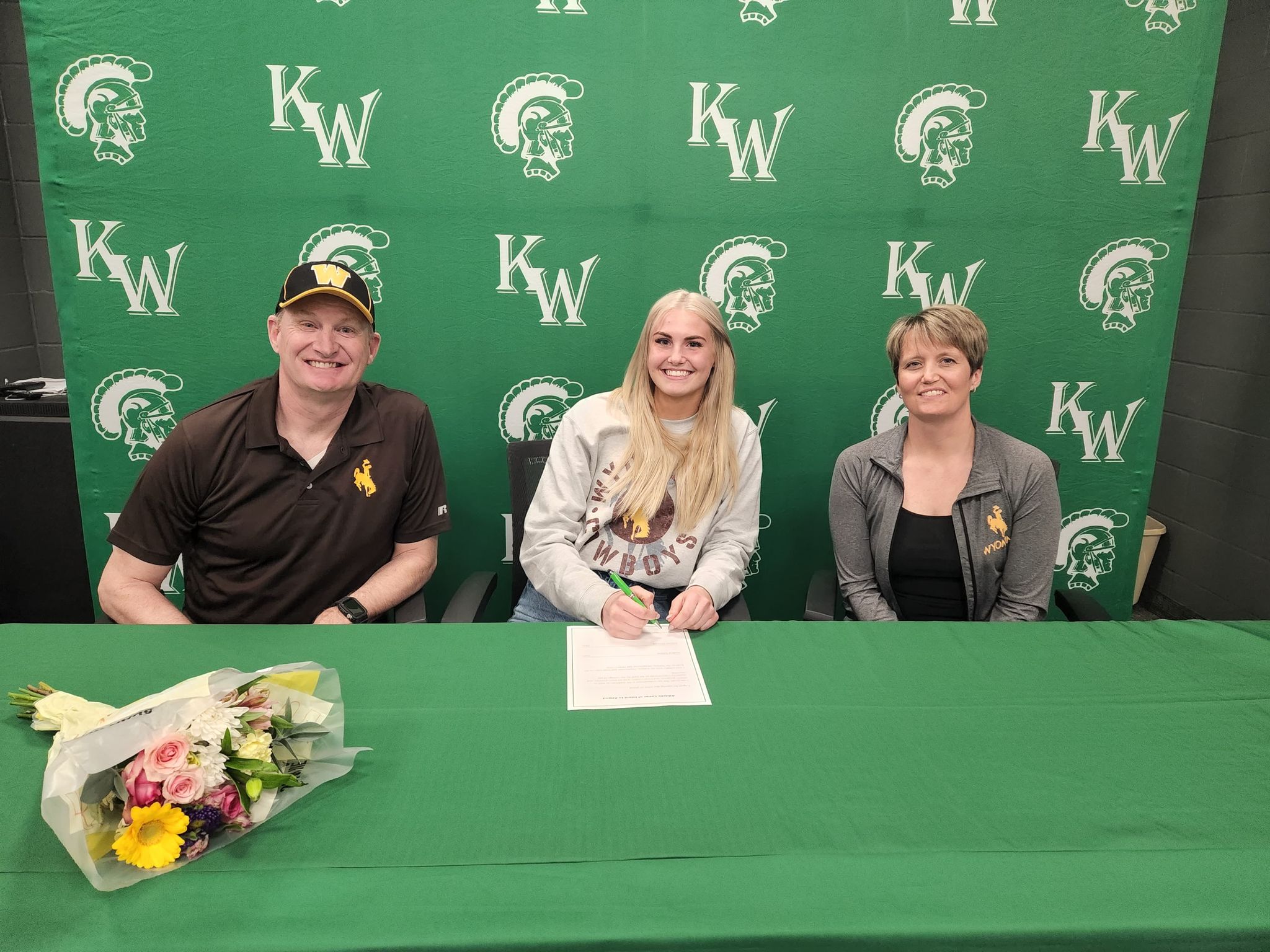 CASPER, Wyo. — Kelly Walsh cheerleader Anna Hoyt signed her letter of intent with the University of Wyoming on May 3. She started cheering with Kelly Walsh High School in December 2021.

She says that she never thought she would be cheering in college, much less as a Cowboy. After being on the team for only five months, she went and did the tryouts with the university. “There was a lot of talent there, and I made the team,” Hoyt said.

Hoyt says that she could not get enough of cheering in high school and is excited to be a part of the team for UW. It means a lot to her to be there cheering on players from her school and getting to travel with them.

In college, she is planning to study accounting.