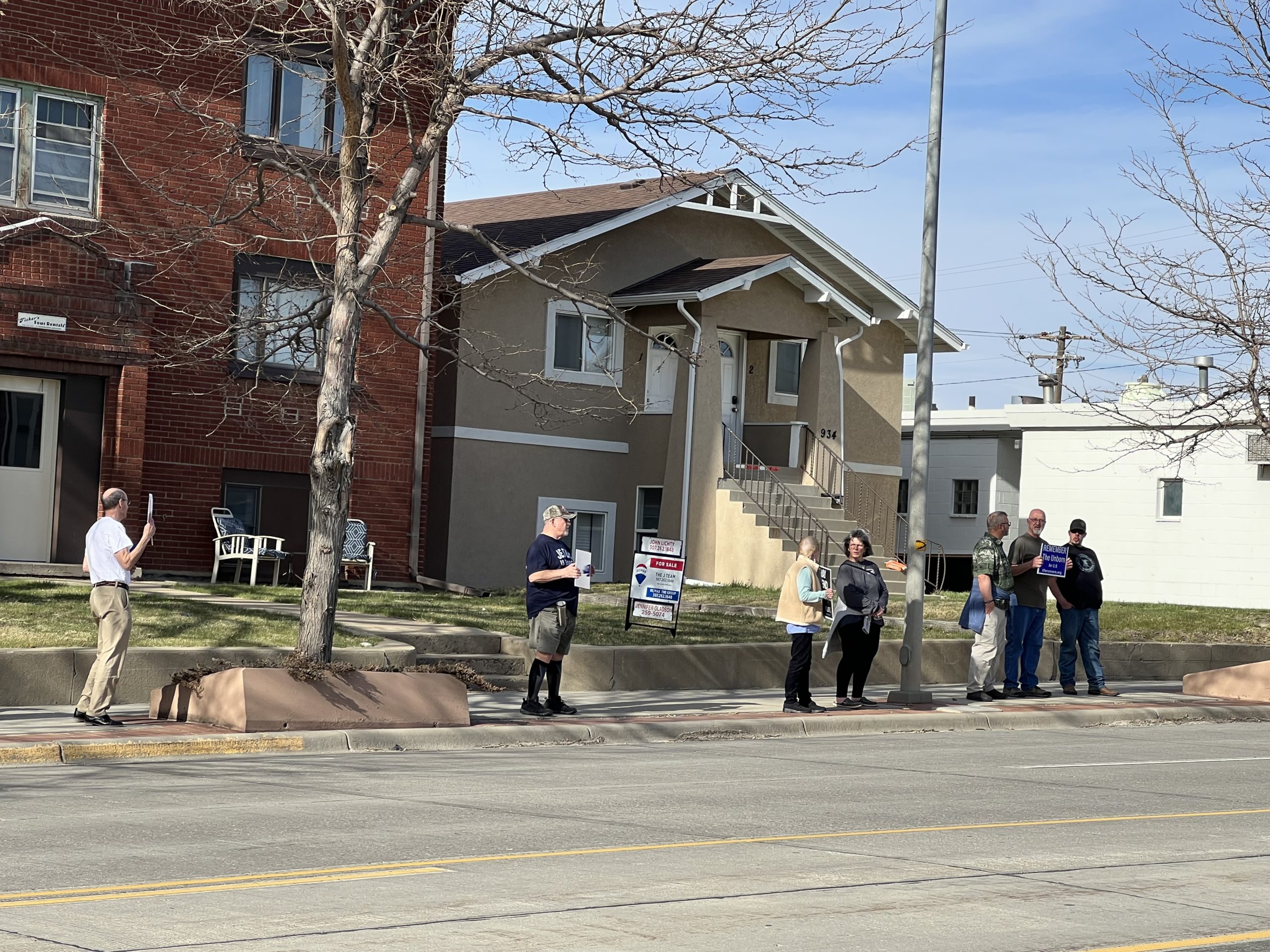 Abortion opponents near the site of a new surgical abortion clinic along East Second Street in Casper on April 21. (Brendan LaChance, Oil City)

The clinic will move forward with plans to offer abortion despite reports that the U.S. Supreme Court may be poised to overturn Roe v. Wade. The Supreme Court confirmed the authenticity of a draft opinion document Politico reported Monday night that was circulating among justices earlier in the year, suggesting a majority support toward overturning Roe, the Associated Press reported on Tuesday. However, the AP stated that the court said the document did not represent a final decision or the final position of any justice on the matter.

Wyoming has a so-called “trigger law” on the books that would ban abortion if the Supreme Court were to overturn Roe v. Wade. Abortion would be banned in Wyoming except in cases of incest, rape, or when the woman would be at risk of serious, irreversible harm or death by carrying on the pregnancy. “Psychological or emotional conditions” are not included in the exception. The law, passed earlier this year, would take effect five days after the state certifies any Supreme Court decision overturning Roe v. Wade.

So long as abortion remains legal in Wyoming, the new Casper clinic plans to offer it along with other health care options, according to Burkhart.

“While the Supreme Court may be poised to strike a devastating blow to abortion access in Wyoming and across the country, we firmly maintain our resolve to ensure that the people of this state can get the health care they need,” she wrote. “We are staunchly and fully committed to offering the full spectrum of reproductive health care, including abortion, at our new Casper clinic opening next month.”

“The Wyoming Constitution has strong protections for Wyomingites’ bodily autonomy. We will fight tooth and nail to protect this fundamental right for the people of Wyoming regardless of what the Supreme Court does this summer. Women and all people must be allowed to make decisions about their bodies, their families and their health without interference from politicians.”

The new Wellspring Health Access Clinic plans to open at a location on East Second Street in Casper this summer. It plans to give women the option of medical abortion up until the 10th week of pregnancy. The clinic’s plans to offer abortion has led to some protests by people opposed to its opening in Casper.