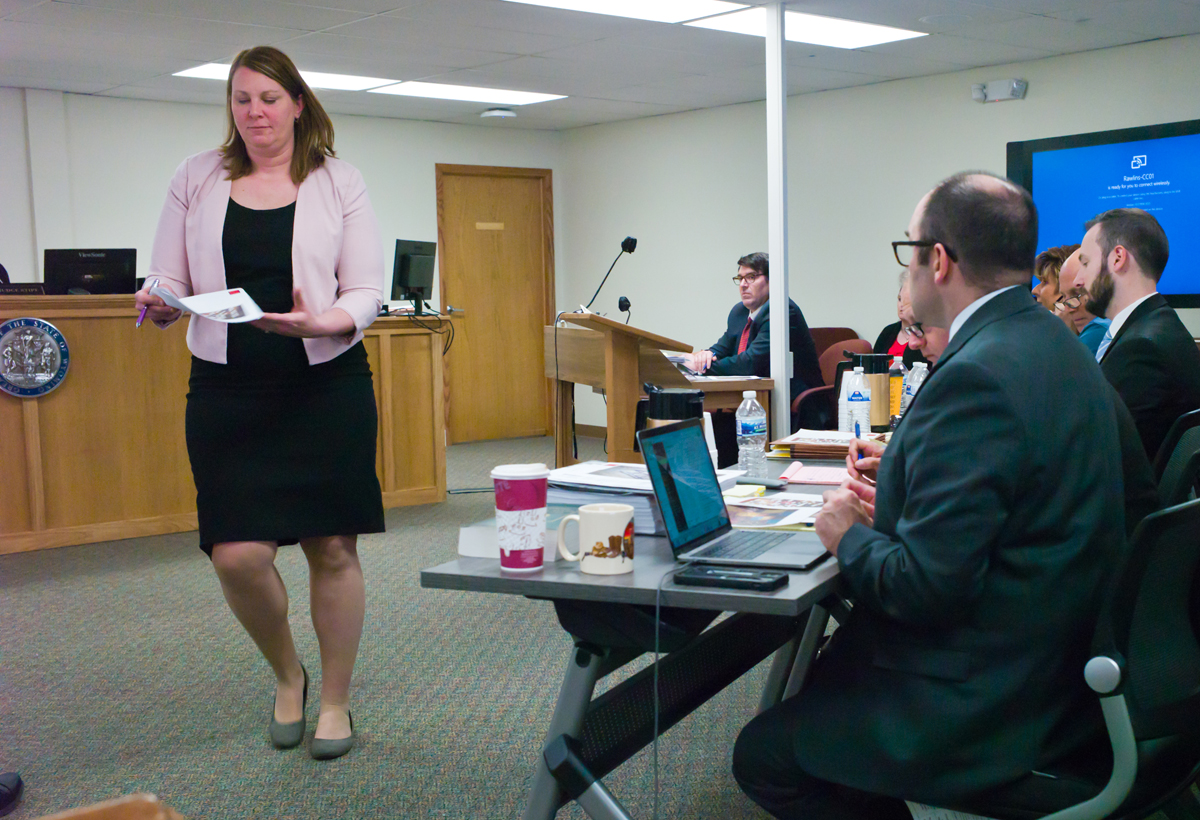 A jury found four Missouri men not guilty of trespassing when they corner-crossed in 2021. Now three of them face similar charges stemming from a hunting trip in 2020.

Three Missouri hunters who were found not guilty Friday of trespassing in Carbon County in 2021 face new charges for a similar corner-crossing incident from the year before.

Circuit Court Judge Susan Stipe issued summons April 25 to Bradly Cape, Phillip Yeomans and Zachary Smith to appear, virtually if necessary, before her on June 6 to answer to new trespass charges. According to information filed with the court, the three each face one count of violating Wyoming’s criminal trespass law or the state’s trespassing-to-hunt statute.

A six-person jury acquitted them and John Slowensky on Friday of violating the same laws during a separate incident in 2021. The hunters admitted they corner-crossed to hunt on public land without touching private land.

Last week’s trial centered on the 2021 excursion when the men hunted on BLM and Wyoming state land near the Elk Mountain Ranch owned by North Carolina resident Fred Eshelman. The new charges allege a similar set of circumstances for three of the hunters, but in 2020.

All four also face a separate civil suit in federal court for the 2021 incident.

Corner crossing involves stepping from one piece of public property to another at the common corner with two pieces of private property without stepping on that private land. The checkerboard pattern of land ownership found in many parts of Wyoming and the West creates numerous such common corners.

Carbon County Prosecutor Ashley Mayfield Davis argued unsuccessfully during the trial that violating the airspace above Eshelman’s ranch amounted to trespass. Jury members would not comment on their reasoning for reaching the not-guilty verdict.

The three hunters are expected to enter pleas on June 6, perhaps starting anew a series of proceedings and a trial similar to the one that the jury concluded Friday.

In launching their hunting expeditions, the Missouri men said they used onX hunting maps that employ Global Positioning System technology to locate survey monuments marking the corners they crossed. By finding the survey monuments, the men avoided relying exclusively on GPS, which can have a several-foot margin of error, according to defense attorneys’ arguments.

At other corners, the hunters apparently did not need a ladder to step across survey monuments without touching private land.

In an affidavit dated Feb. 15, 2022, Sheriff’s Deputy Patrick Patterson tells of how another deputy — Roger Hawks, who no longer works for the sheriff’s office — investigated a trespass complaint by Elk Mountain Ranch property manager Steve Grende in 2020. Grende complained the hunters had shot a bull elk.

“Mr Grende explained that the area where the three hunters had shot the elk was only accessible to the hunters by means of crossing the private land of the Elk Mountain Ranch,” the affidavit reads. Grende had “spoken to the hunters,” the affidavit states, but when Hawks and Grende went to the spot of the conversation, they found neither the elk nor the men.

After an unsuccessful search for the hunters, Grende and Hawks went to see landowner Eshelman, the affidavit states. Hawks told Eshelman he would complete an investigation and refer the case to the Carbon County Attorney’s office, which would determine if charges would be filed.

“Mr. Eshelman was unhappy with this explanation and wanted citations written, or for the hunters to be arrested,” the affidavit reads.

The next day, Oct. 3, 2020, Hawks found the hunters in their camp on BLM land near a county road.

“The hunters stated that they had been coming to Wyoming for the past few years and were aware of ‘corner crossing laws.’” the affidavit reads. “They admitted that they were crossing at the intersection of private and public lands, but expressed that they did not intend to trespass.

“They stated repeatedly that their intentions were to ‘corner cross’, but not to trespass,” the document reads.

“Although the hunters provided these images to law enforcement, the group of hunters nonetheless stated that their intentions were to ‘corner cross’ and not to trespass,” the affidavit reads.

Apparently neither Hawks nor any other law officer issued citations to the hunters in 2020 as the affidavit makes no mention of any.

Judge Stipe signed the summons Monday, April 25 and a deputy served them to the three hunters on April 27, just before Stipe began the voir dire jury selection process in Rawlins.

According to two sources who either witnessed the serving or heard it described to the judge, the deputy handed the summons to the defendants in front of most of the 58-member jury pool while the defense attorneys, prosecutors and the judge were in a conference in a separate room.

Because of the new trespass charges and the ongoing civil case Eshelman brought against the four 2021 defendants, attorneys and hunters would not comment on the new charges for the record. One attorney did say “justice has been served” through Friday’s not-guilty verdict regarding the 2021 incident.

“[T]he six-person jury returned a fair, just, and unanimous verdict that my client, Phillip Yeomans, and his friends, Bradly Cape, John Slowensky, and Zachary Smith did not commit the crimes of criminal trespass or trespass to hunt under Wyoming law when they accessed public lands in the Checkerboard,” defense attorney Ryan Semerad wrote in a statement.

“This decision is not precedent, but it fairly reflects the good faith in which these men lawfully and conscientiously hunted public land,” the statement reads. “There is more work yet to be done for these men and to ensure public access to public lands.

“But this verdict was an essential first step to restoring access to the public domain to the public,” he wrote.