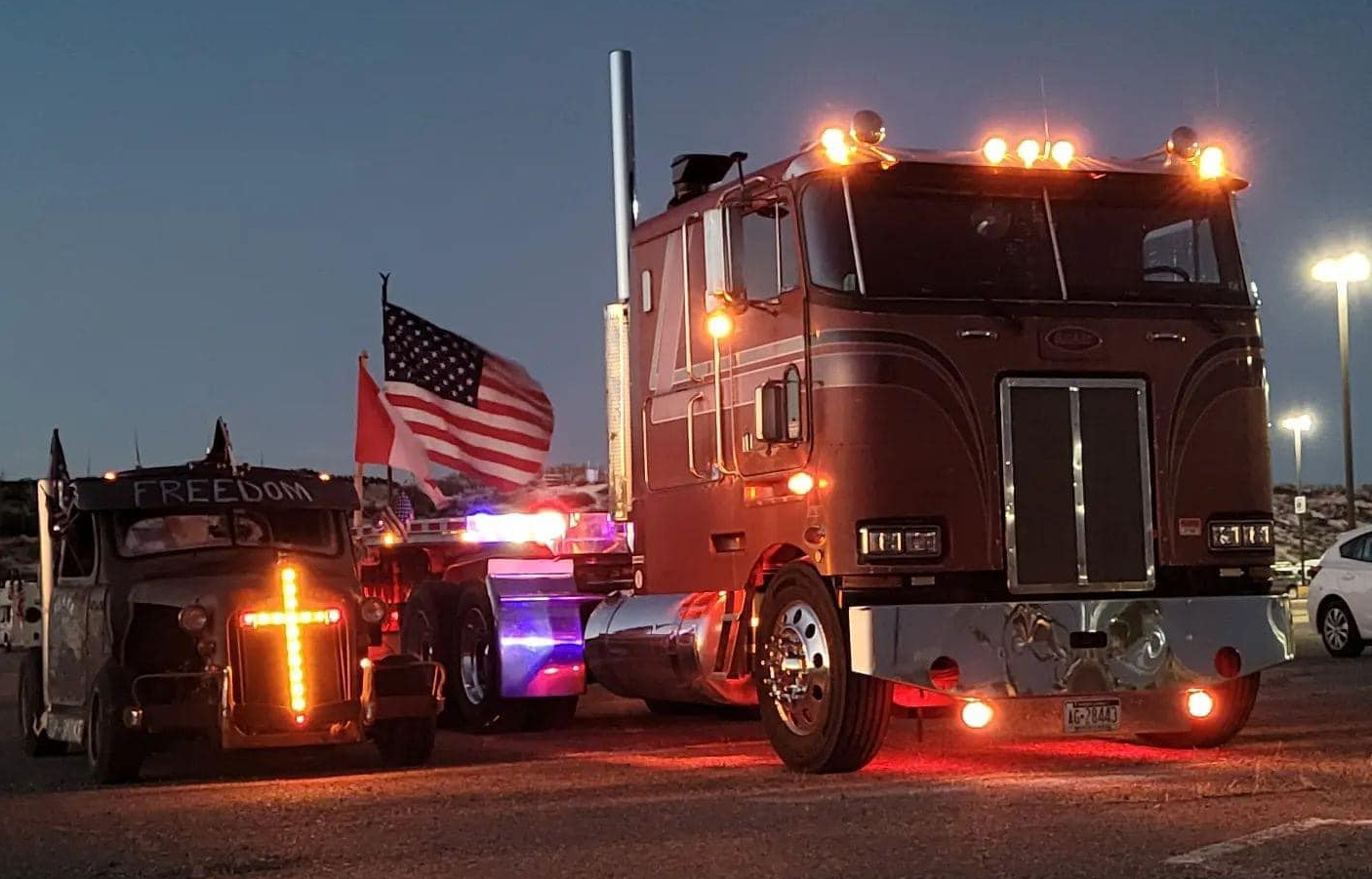 CASPER, Wyo. — The People’s Convoy, an organization led by truckers that is traversing the country to protest the continued federal emergency declaration related to COVID-19, has been waylaid in Sheridan by high winds Saturday.

The group had planned to make the Casper Speedway its overnight stop on the way to Washington D.C., according to Casper supporter Vince Watson. The closure of US 87 from Buffalo to I-90 has forced the group to stay in Sheridan. The group’s website says it will convoy out at 5 a.m. Sunday. Oil City has reached out to confirm whether the group plans to stay in Casper on Sunday.

The group’s literature says it is time to end the federal emergency declaration related to the COVID-19 pandemic, and that it is neither explicitly anti-mask or anti-vaccine. Watson said the broad powers laid out in the National Emergencies Act of 1976 pave the way for the president to exercise unconstitutional control over the electorate.