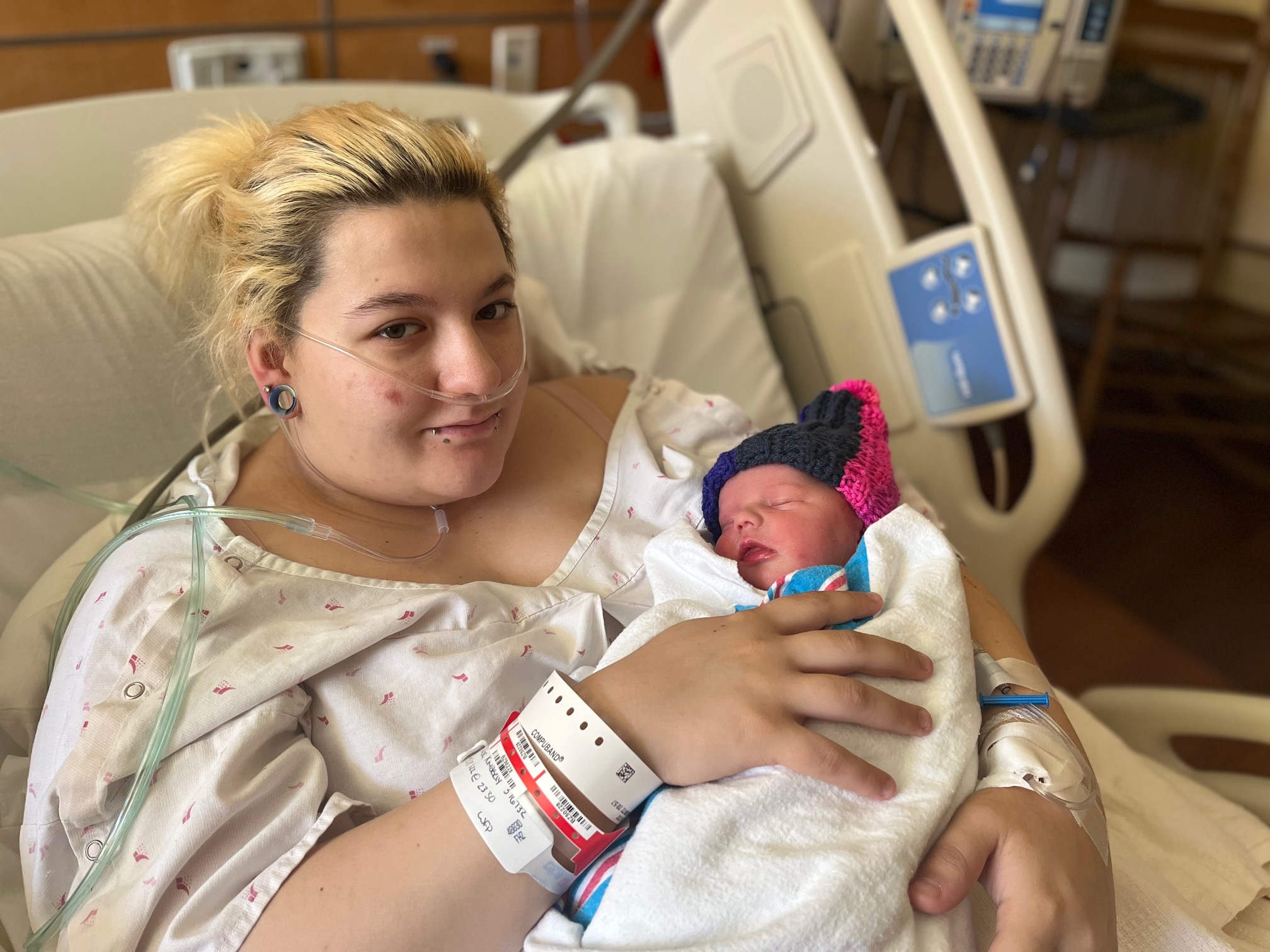 CASPER, Wyo. — This past Mother’s Day started off like many others for Casper native Kimberly Noe.

“I was eating dinner at my grandparent’s house for Mother’s Day,” she said, “and I started having contractions.”

The contractions were a surprise since she wasn’t due for another couple of weeks. She rested and waited for them to stop. They didn’t.

“It was nerve wracking,” she said.

“I looked at my fiancé and told him that it would be really weird if I were to have a baby on Mother’s Day.”

Kimberly, who has a 2-year-old who was delivered by C-section, had another C-section scheduled in a couple of weeks to reduce any unnecessary risks of labor. But the contractions didn’t let up, so she and her fiancé, Jordan Graham, promptly drove to the Wyoming Medical Center.

They arrived just after 9 p.m., and at around 11:30 p.m., their daughter, Oaklynn Mae Graham, became Kimberly’s ultimate Mother’s Day gift.

She’s a healthy baby, born 6 pounds, 14 ounces and 20 inches long, and was the only baby born at the hospital on Mother’s Day, according to the hospital.

Mother and baby are doing well, Kimberly said, adding that next Mother’s Day will likely be considerably less eventful.