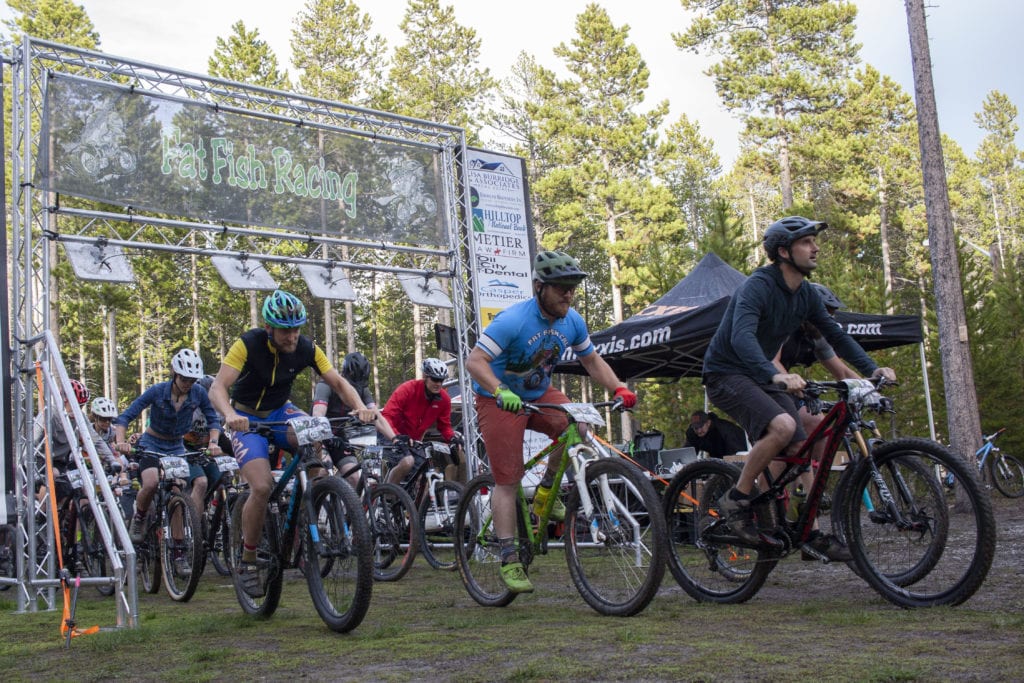 CASPER, Wyo. — Fat Fish Racing is gearing up for a summer of mountain bike races around the Casper area, kicking off with the “Skinny Cow Jam” on Monday, May 23.

Fat Fish offers races for kids and adults at a variety of experience levels, and is encouraging new riders to get out this summer and learn about trails offered around Casper.

Brettnee Tromble, who helps volunteer with Fat Fish, said Friday that her whole family, including her 3-year-old and her 11-year-old twins, participates in races.

“From the standpoint of a family event, I just couldn’t say more about Fat Fish,” Tromble said. “There are different levels so everybody can feel comfortable.”

Kids often begin participating in kids races that happen at each Fat Fish event, but also have opportunities to participate in more advanced races as they gain experience. Tromble’s twins, for instance, have been racing in the Recreational Class for two years.

Participating in Fat Fish is a good way to become familiar with trails in the Casper area and riding with a group can help people become more confident going out and exploring trails on their own, Tromble said. She’s from Wyoming and has lived in Casper for about 10 years, but wasn’t aware of all the trails the area has to offer until joining Fat Fish about five or six years ago.

“Now, I can walk up to any of the trails on the mountain and feel like I know where I’m going,” Tromble said, adding her favorite is the Eadsville Loop on Casper Mountain.

The upcoming “Skinny Cow Jam” race will take place on publicly accessible land in the Squaw Creek area (directions available from Fat Fish). There are about seven miles of single track in the area, and Parks said the race got its name due to cows in the area.

Fat Fish courses are clearly marked. There are people out on the track to assist if someone gets a flat tire, so Tromble said even beginners won’t feel like they are lost. There are also usually a lot of spectators, so Fat Fish races can be an opportunity for anyone to get outdoors and make some connections with the community, she added.

The races this season will be mostly the same as last year, according to Parks. Fat Fish wasn’t able to do its eight-hour endurance race, but that will be back this summer on June 25.

There are typically 100–130 racers at each Fat Fish event ranging in both skill level and age, from kids to 70-year-old adults, according to Parks. He said anyone interested in trying who may be a little nervous about racing should give it a go.

Fat Fish provides details about the May 23 Skinny Cow Jam race online. The schedule for summer races is as follows: