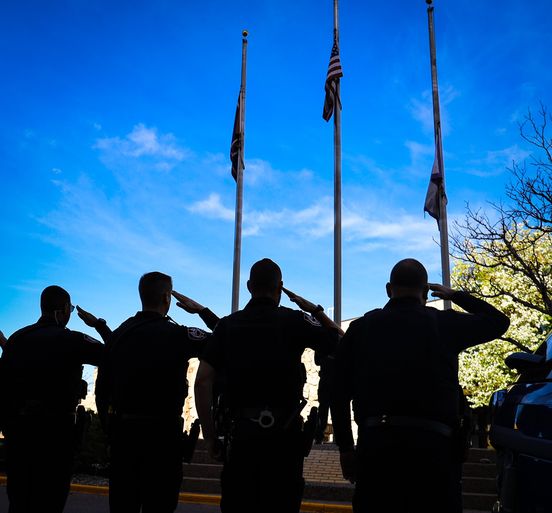 CASPER, Wyo. — First marked by John F. Kennedy in 1962, the nation is honoring 472 law enforcement officers nationwide who died in the line of duty in 2021, according to a release from the Department of Justice.

May 15 marks Peace Officers Memorial Day, part of National Police Week, which runs this year through Tuesday, May 17.

“Our office joins the entire nation in honoring law enforcement officers across the country for their service and sacrifice in keeping our communities safe,” said United States Attorney Bob Murray in a release Friday.

“As we reflect on the last year, we remember Lieutenant [Daniel] Dundas,” the CPD said. Dundas died by suicide last fall, and the department considers his death directly related to his experiences in law enforcement.

“We forever remember the unforgettable impact he had on this Department and the entire community of Casper. We remember his laugh, bravery, service, and friendship.”

The CPD also honored officer George Radden, who died serving in a motorbike crash while responding as backup to a fire in 1925.

129 law enforcement officers were killed in line-of-duty incidents in 2021, according to FBI data. Seventy-three officers died as a result of felonious acts, up 58% from the previous year, the Department of Justice said. Fifty-six officers died in accidents, and 319 succumbed to COVID-19.