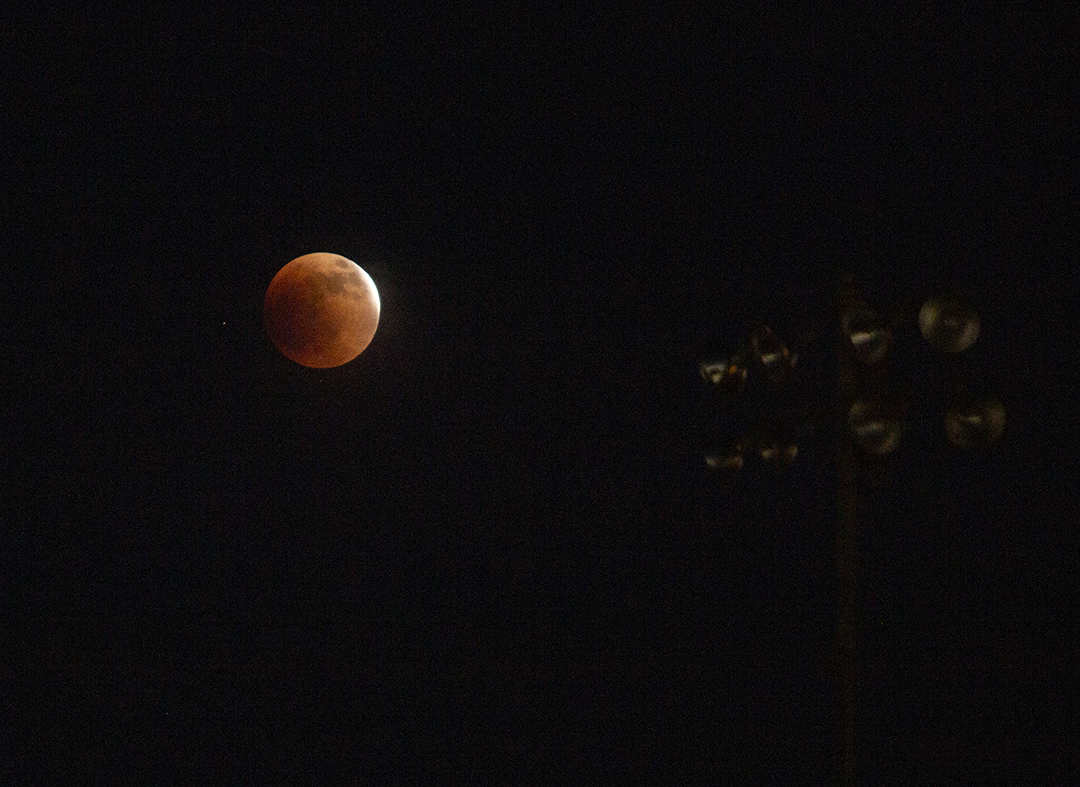 The moon is seen nearing totality during a total lunar eclipse on Sunday, May 15, 2022 at Washington Park in Casper. Darkened lighting rigs from the baseball field are faintly seen at right. (Dan Cepeda, Oil City News)

CASPER, Wyo. — Casper was treated to mostly clear skies as well as a rare windless and warm night on Sunday as a total lunar eclipse rose in the sky.

The moon turned a deep red as it passed through the Earth’s shadow. The 2022 lunar eclipse’s timing and location was excellent for most of the Americas, Europe and Africa, and could have potentially been seen by some 2.7 billion people, according to the New York Times.

A handful of people walked or drove up to Washington Park to watch the bright full moon rise, then slowly turn dark and back again. With totality lasting nearly 80 minutes, it was the longest total lunar eclipse since 1989. The next lunar eclipse will be on November 7 and 8, according to EarthSky.