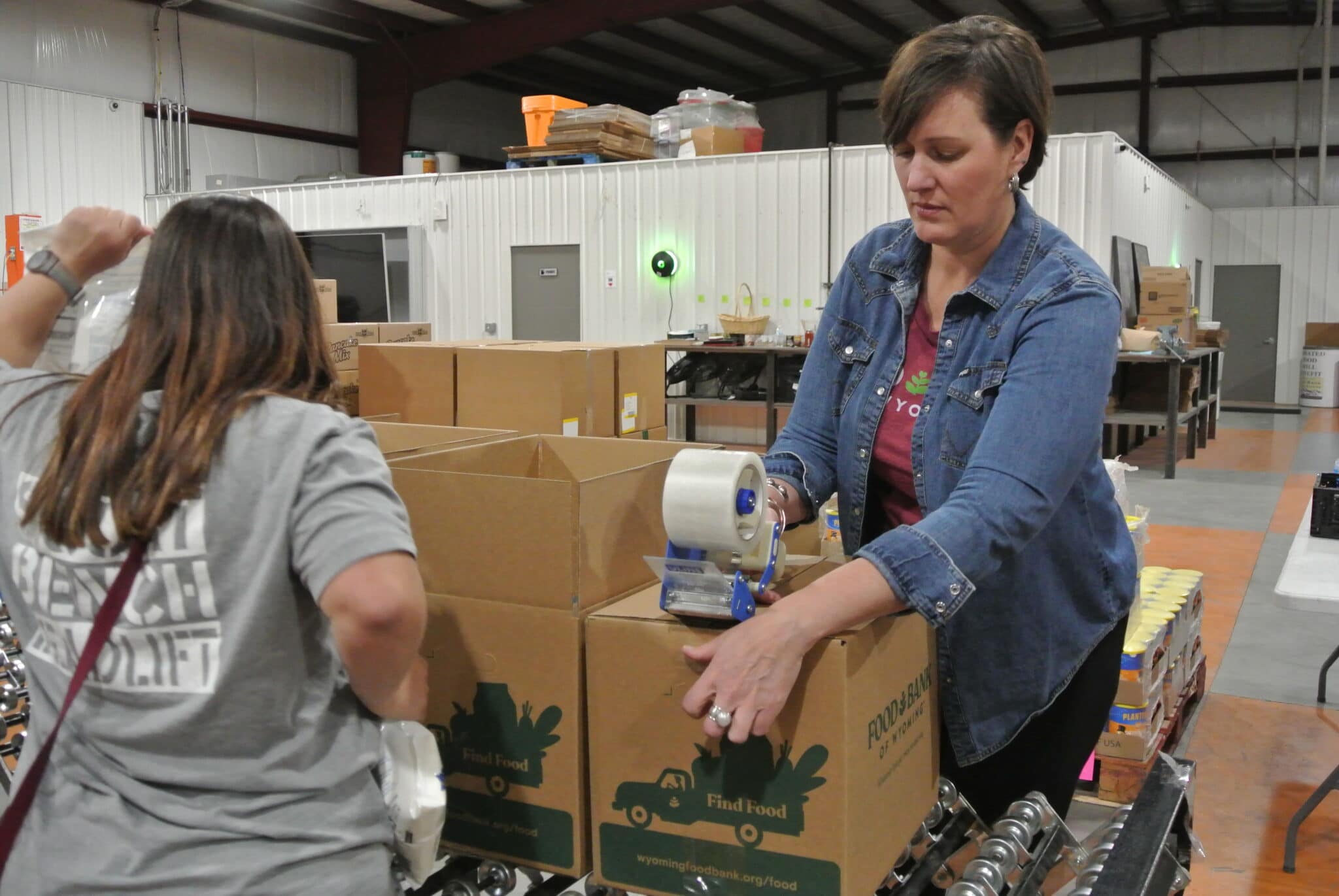 CASPER, Wyo. — Casper’s Rachel Bailey is stepping into her new role as executive director at the Food Bank of Wyoming during a pivotal moment in the nonprofit’s history.

“In 2020 and 2021, the Food Bank of Wyoming distributed more food than they ever had before,” she said in an interview on Tuesday.

In 2021 alone, the organization distributed some 11 million pounds of food across the state, averaging out to 9 million meals, she said. These are some of the ripples from a worldwide pandemic followed by the highest inflation in four decades.

Moving the organization forward will be a challenge, and after a decade as executive director of the Wyoming Symphony Orchestra, a challenge is what she was looking for.

“I’m very excited for the opportunity to start in this capacity,” she said, noting that the decision was a difficult one.

“It was a very tough decision,” she said. “My heart is in the arts.”

Much of that she credits to her grandmother, who was a music fan and teacher for decades in Casper. “Music has always been a big part of my life, even though I’m not a musician,” she said, “so it was really wonderful to be able to work with musicians and creative people on the WSO board, listen to the community and what they wanted, and try and deliver on that.

“The symphony is in a really good place right now,” she said. “We evolved to a new level, I feel, artistically, organizationally, and also with our community engagements. The audience feels very involved, and the musicians feel involved.”

Perhaps the biggest change at the WSO was hiring the dynamic young conductor Christopher Dragon as the orchestra’s music director. The search involved interviewing numerous skilled candidates, and an entire season with guest conductors basically performing working interviews. Dragon, who is also the resident conductor for the Colorado Symphony Orchestra, has signed on to lead at least two more seasons with the WSO.

During Bailey’s time there, she said Casper has become more of an artistic hub, which she sees as a positive cultural and economic driver in a community.

Arts is nourishment in its own way, said Bailey, and now she’s ready to focus on another aspect of nourishment.

“The team at the Food Bank of Wyoming is really strong,” she said. “They’re doing such a great job and are so passionate about what they do, so I’d like the community and the greater part of Wyoming to understand what the food bank does.”

The needs of food-insecure people in the state are rising, while food donations to the Food Bank of Wyoming have notably fallen. The organization has dipped into its own operating budget to make up the difference. These are just some of the new challenges Bailey is ready to face.

The Food Bank distributes all food from its central operation in Casper, which Bailey says is a rarity. “We are distributing enough food right now to feed upwards of 20,000 meals a day across the state,” she said. “That’s a lot.”

“I want to strengthen our partnerships, foster relationships, and ensure that the people of Wyoming really understand the work that we’re doing.”