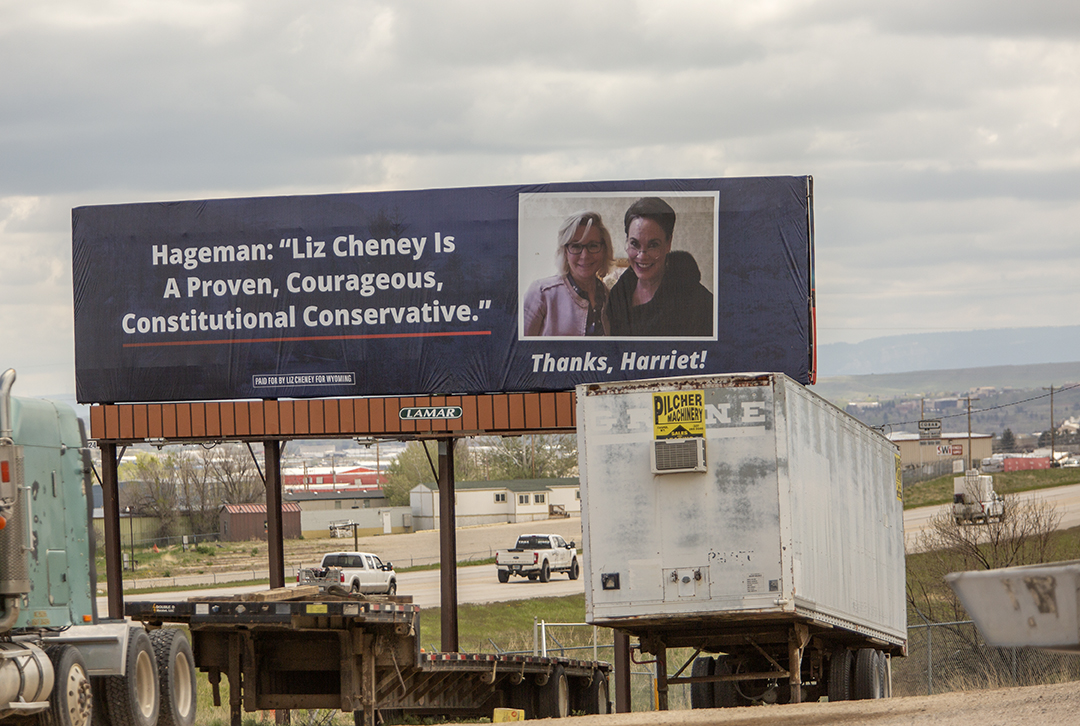 CASPER, Wyo. — Two billboards from the Liz Cheney For Wyoming campaign along US 26 between the Casper-Natrona County International Airport and Mills were installed recently in apparent response to an upcoming Donald Trump rally in Casper.

One billboard addresses out-of-state visitors directly with a welcome and call to “support our local businesses and spend lots of $$$!”

A second billboard closer to Mills reprints what appears to be an old quote from Cheney’s primary opponent, Harriet Hageman, praising Cheney as a “proven, courageous, Constitutional conservative.”

“Thanks, Harriet,” says the tag line under a photo of the two former allies.

Hageman has been endorsed by former President Donald Trump in her challenge to Rep. Liz Cheney in the upcoming primaries as a response to Cheney’s outspoken criticism for Trump’s role regarding the Jan. 6, 2021 riot at the U.S. Capitol Building.

The Ford Wyoming Center will be the location of a Donald Trump “Save America Rally” on Saturday, May 28. Members of the Trump organization were at the Ford Wyoming Center today in preparation for the event, according to an employee there. The arena is also hosting Natrona County High School graduations on Thursday and Friday.

According to Axios, Cheney still holds a large advantage in campaign funding over Hageman, with $7 million in cash at the end of the first quarter of 2022 compared to Hageman’s $1 million. The Trump campaign contributed $500,000 to a PAC supporting Hageman, and this weekend will offer VIP receptions for donations of $500 or more, and a chance to take a photo with Trump for a donation of $15,000 or more. Standard entrance into the rally will be free.