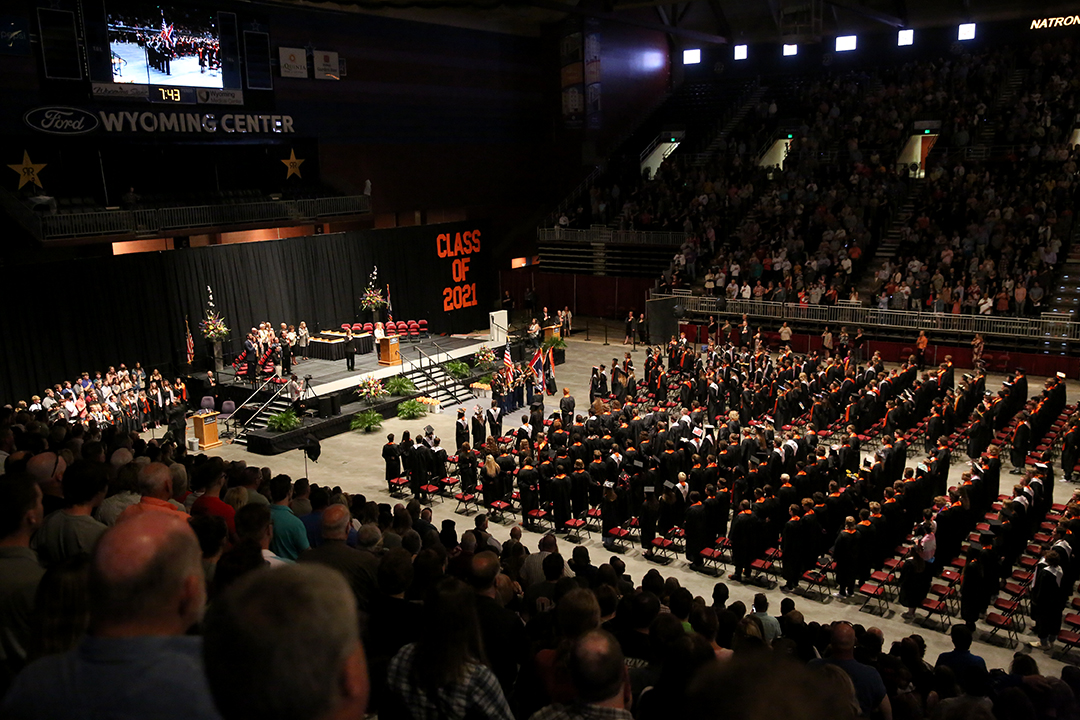 CASPER, Wyo. — What is traditionally an active time at Casper’s largest indoor arena will be even more so this week.

“We do 5,000-plus people that attend Natrona County High School and Kelly Walsh graduations each, and we’re expecting probably 10,000-plus on Saturday, if not more.”

“It’s gonna be a great weekend for the city of Casper,” he added.

Hageman has been endorsed by Trump in her challenge to Rep. Liz Cheney in the upcoming primaries as a response to Cheney’s outspoken criticism for Trump’s role regarding the Jan. 6, 2021 riot at the U.S. Capitol Building. Saturday’s rally to raise money for Hageman’s campaign was announced earlier this month after weeks of speculation.

Staff for the Trump “Save America” rally arrived at the arena on Monday, along with stage and other equipment, Murphy said. They will work with the arena’s staff on logistics and other planning throughout the week leading up to the event.

“They’ve been fully aware that we have graduations,” Murphy said. “We are not in any way, shape or form going to compromise anything for our graduations. Those are very important to our community, and very important for those graduates.

“We’ll have a full parking lot for everyone to park in, with the same time and schedules we’ve always had. We’re not sacrificing anything.”

Preparations for the Trump rally will take place in various parking lots over Wednesday and Thursday, then will be cleared for graduation ceremonies. Then a flurry of activity will start almost immediately after NC’s graduation on Friday night.

“As soon as graduations are done and taken care of, then we’ll turn our focus to the rally,” Murphy said.

He said the rally should exceed crowd numbers since at least 2016, when Spectra Venue Management took over managing duties at the city-owned property. The Cher concert scheduled for April 2020 was canceled due to the pandemic, but it was expected to exceed 10,000 people, he said.

The Eclipse in 2017 was likely the largest crowd on the complex, with some 8,000 in attendance, he said.

More scheduling details, including door times and guest speakers, will be released throughout the week, Murphy said. Currently the rally is slated to start at 4 p.m.

“We’ll get more information out across our social media pages as soon as we know,” he said.

“There won’t be any sleep, especially when it comes to Friday and Saturday.”