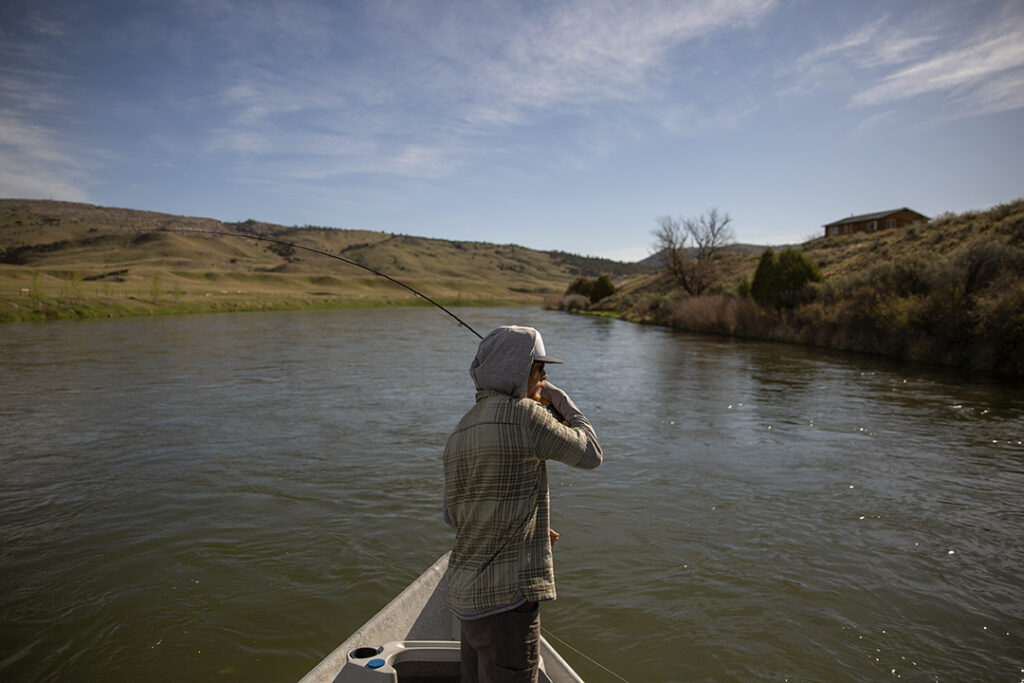 CASPER, Wyo. — The public is immediately able to begin accessing 35,670 acres southwest of Casper that the Bureau of Land Management acquired in the agency’s largest ever land purchase in Wyoming, according to Tyson Finnicum, public affairs specialist for the BLM’s High Plains District.

The land acquired from the Marton family will help create a 118-square-mile “contiguous block of public land” that will also improve public access to the North Platte River, according to the BLM. The property is located east of Alcova Reservoir and is bordered to the north by 8.8 miles of North Platte River frontage and extends to the south into Carbon County.

After the BLM announced the land acquisition on Wednesday, Oil City News began reaching out to a number of organizations and agencies to ask their perspective on what it means for the community.

“It is a big win, especially the river access,” Earl DeGroot, the administrator of the Wyoming Sportsmen for Federal Lands Facebook group, said in an email Thursday.

The land acquisition increases public access for recreation, hunting and fishing along the blue-ribbon fishery on the North Platte River, which the BLM said on Wednesday provides “more pounds per mile of fish than any other stream in Wyoming.”

While the acquisition means increased river access, if it leads to a dramatic increase in the number of people fishing in the area, it could also lead to increased pressure on the fishery, some area fishing guides said Thursday.

Hendry said that PILT payments will come to the county rather than going directly to schools. If the property had remained private, Hendry estimated it would have generated about $17,000–$18,000 in property tax revenue this year, with about 80% going to schools. Therefore, he said he thinks something needs to be done to ensure schools receive funding they would otherwise have received via property taxes.

Hendry’s other concern about PILT payments offsetting property tax revenues is that the U.S. Congress has to authorize PILT on an annual basis, and therefore those payments aren’t guaranteed in perpetuity.

DeGroot, on the other hand, said he is skeptical PILT payments will ever go away.

“Plus there will likely be some additional economic benefits (and tax revenue) to the neighboring communities due to increased recreation to include motels, restaurants, gas, fishing tackle, etc.,” DeGroot added.

While he has concerns, Hendry said he does think the land acquisition will benefit outdoor enthusiasts.

“As far as the sportsmen, it is going to allow a lot of access,” he said. “But we need to take care of the schools.”

The BLM plans to present further information to the full Natrona County Commission after the completion of the land acquisition sometime in the near future, according to Finnicum.

In general, Hendry said he prefers to see public access to outdoor areas come from easements provided by private landowners. His background in ranching and agriculture also causes him some hesitation about the deal.

“We’ve always said we don’t want the government to gain any land,” he said.

DeGroot said that money might be stretched further if it were to be used only on access agreements, but agencies purchasing land for public access outright offers more management options. The BLM’s acquisition of the Marton property was facilitated by an initial purchase from the Land and Water Conservation Fund and from a grant from the Rocky Mountain Elk Foundation, according to the BLM. The BLM then received $21 million from the Land and Water Conservation Fund in 2021 to purchase the property in its entirety.

DeGroot said he thinks the Land and Water Conservation Fund “has been underfunded for years.”

“That is unfortunate because the money comes mostly from royalties from offshore drilling,” he wrote. “No tax dollars go into the fund. Previously, Congress had limited the amount of money to be spent to an amount considerably less than what was available. Two years ago Congress and President Trump finally approved full funding for LWCF. That is a huge win for recreation. I look forward to more selective purchases of property or access easements to improve recreational opportunities in Wyoming. I hope the LWCF can help solve some of the landlocked federal land issues we have in the state.”

Whether it be through easements or through government agencies acquiring land, Darek Farmer, former executive director for the Wyoming Hunters and Anglers Alliance, said Thursday he supports measures that increase access to public land. In addition to increasing hunting, fishing and recreation access, Farmer said acquisitions like the one recently completed by the BLM near Casper have the benefit of allowing wildlife managers “to get in and manage.”

While land acquisitions can make new land available for public access, Farmer said an added benefit can be making existing public land that was previously cut off due to the checkerboard mixture of private and public land actually accessible to the public.

The BLM’s land acquisition of the Marton property was news to some who are in communication with the agency for projects at other BLM properties. Angela Emery, executive director of the Platte River Trails Trust, said that PRTT has an idea to construct a trail from Robertson Road west to the Whispering Springs neighborhood on Casper’s west end. Therefore, the PRTT has been in communication with the BLM about their plans for the Rim Rock property, an area the agency acquired in 2018.

While she was just learning of the BLM’s acquisition of the Marton property, Emery said she thinks it is good for the community and hopes to see the BLM bring in some community groups to talk about what opportunities it might present.

“We obviously want people to be able to recreate,” Emery said.

Casper City Manager Carter Napier was likewise just learning about the land acquisition, but said Thursday it strikes him as likely a positive for the community due to the increased outdoor access for the public.

The BLM said in its press release Wednesday the land acquisition will support tourism and recreation in Casper and Natrona County, adding that travelers spent $285.1 million in Natrona County in 2021.

Many of the people Oil City’s reporter spoke with on Wednesday and Thursday were just learning of the deal and were therefore not yet ready to offer comment on the matter. If more information becomes available, updates will be provided.