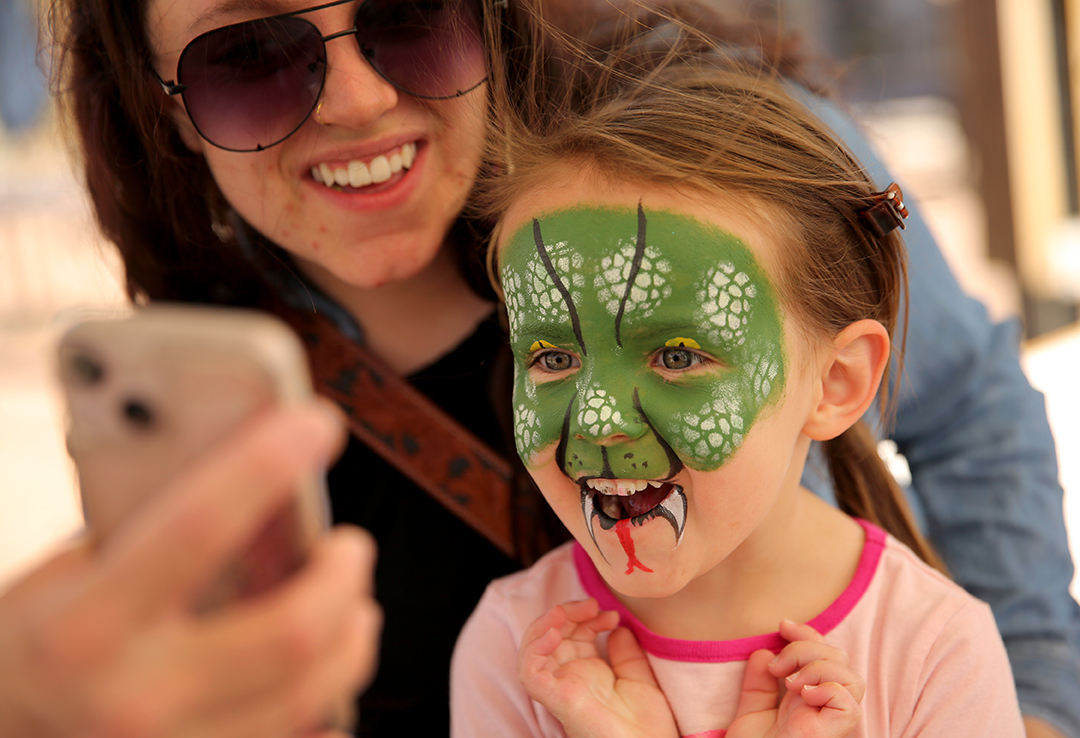 Tresslyn Gerbert, 3, reacts as her grandmother shows her a picture of her freshly-painted face during the first Casper Art Walk of 2022, on Thursday, June 2, at David Street Station. (Dan Cepeda, Oil City News)

CASPER, Wyo. — Casper residents were greeted with sunny, albeit somewhat cooler than usual, weather during the first Casper Art Walk of the season, which is now in its seventh year.

Food trucks lined up at David Street Station, as well as area breweries Black Tooth Brewing and Frontier. At Goedicke’s & Scarlow’s Gallery, longtime Casper residents were treated to a blast of nostalgia with a display of 20 years’ worth of tickets from the Ford Wyoming Center (Casper Events Center), which included appearances over the decades by Poison, Cheap Trick, Emmylou Harris, ZZ Top, Reba McEntire and Garth Brooks, among many others.

Some 21 shops, restaurants, galleries and breweries participated in the downtown event, which will take place on the first Thursday of each month through September.