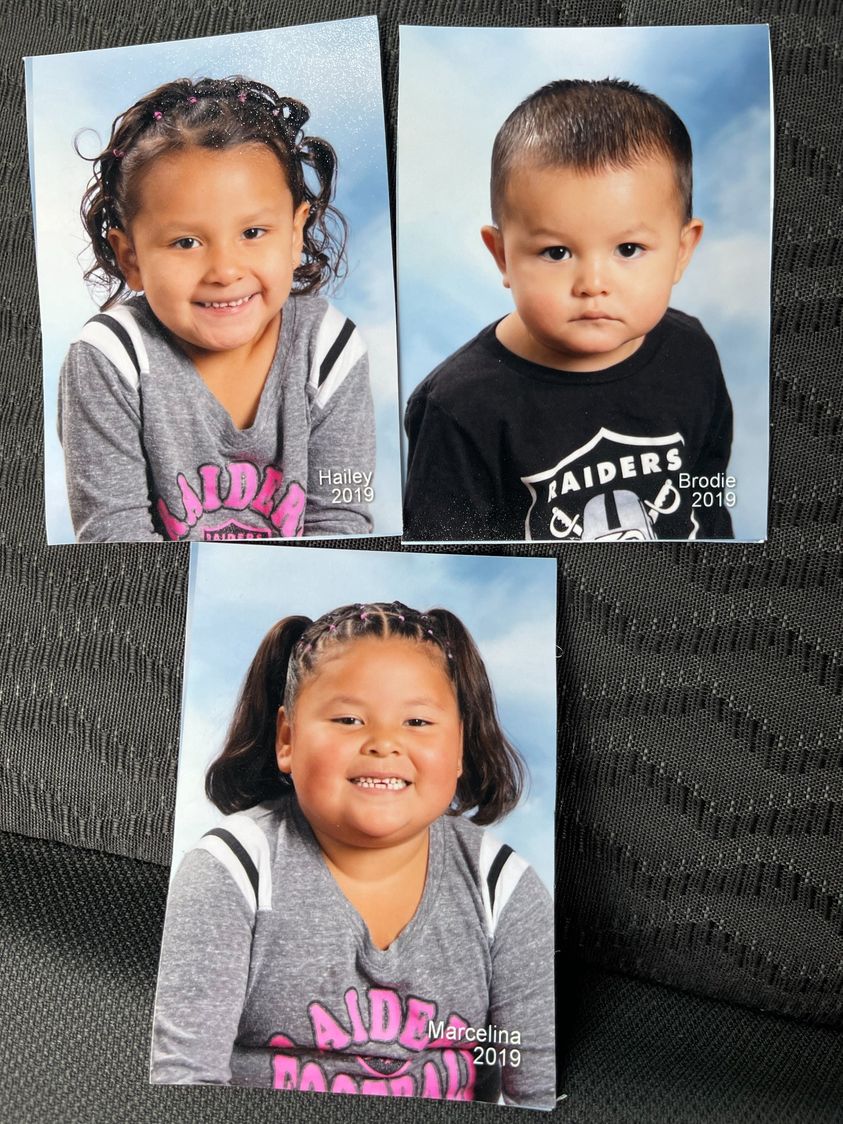 An Amber Alert issued Monday for three children has been cancelled after the children were found safe. (Amber Alert Wyoming, Facebook)

UPDATE: The three children have been found safe and the Amber Alert has been canceled, Wyoming Amber Alert reported Tuesday.

CASPER, Wyo. — An Amber Alert has been issued in Wyoming on Monday night for a Gray 2018 Ford Focus.

They were last seen in Arapahoe, Wyoming, at 4:10 p.m., and are possibly in a Gray 2018 Ford Focus with no plates on the vehicle. The non-custodial mother forcibly removed the three children from the custodial grandparents’ home, the Wyoming Highway Patrol said.

Amber Alerts are issued in the most serious child abduction cases, according to the Department of Justice.

Correction, June 14, 2022: Various names and information have been corrected to reflect the Amber Alert Wyoming report.