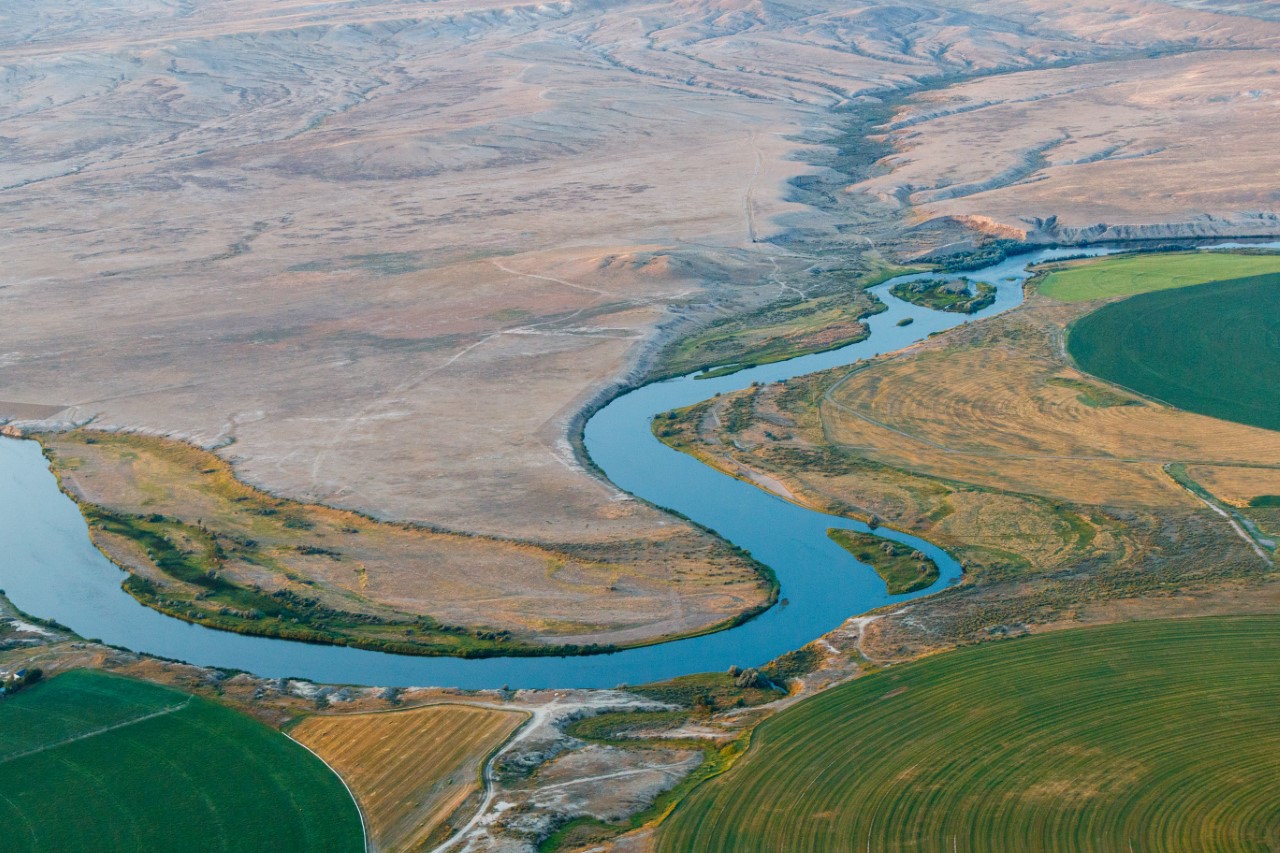 Aerial view of the property acquired from the Marton family near Casper. (BLM)

The BLM’s acquisition of 35,670 acres southwest of Casper is the agency’s largest-ever purchase in Wyoming and will help create a 118-square-mile “contiguous block of public land” that will also improve public access to the North Platte River, the agency said. The land acquired from the Marton family is located east of Alcova Reservoir, is bordered to the north by 8.8 miles of North Platte River frontage, and extends to the south into Carbon County.

The state has concerns that the BLM did not involve the public in the acquisition process and that the environmental assessment did not adequately consider impacts on tax revenues, school funding, grazing, mineral development and other natural resources, the governor’s office said.

Hendry said the BLM had informed him of the deal and talked about how Payments in Lieu of Tax from the U.S. Department of the Interior will help offset the loss in property tax revenue. However, Tyson Finnicum with the BLM said Thursday he didn’t have exact numbers available.

Hendry said that PILT payments will come to the county rather than going directly to schools. If the property had remained private, Hendry estimated it would have generated about $17,000–$18,000 in property tax revenue this year, with about 80% going to schools. Therefore, he said he thinks something needs to be done to ensure schools receive funding they would otherwise have received via property taxes.

On Friday, Gordon emphasized that the challenge to the acquisition is focused on the adequacy and proper adherence to the process that occurred.

“This action is not about limiting access for sportspeople or challenging the rights of private property owners,” Gordon said. “It is about whether the federal government can increase its land holdings without public scrutiny, or should it adhere to the same transparent process that private landowners are subject to if they sought to purchase or exchange federal land.”

To buy or sell land, the state must have a 60-day comment period and hold two public votes of the State Board of Land Commissioners.

A copy of the State’s Notice of Appeal may be found here.