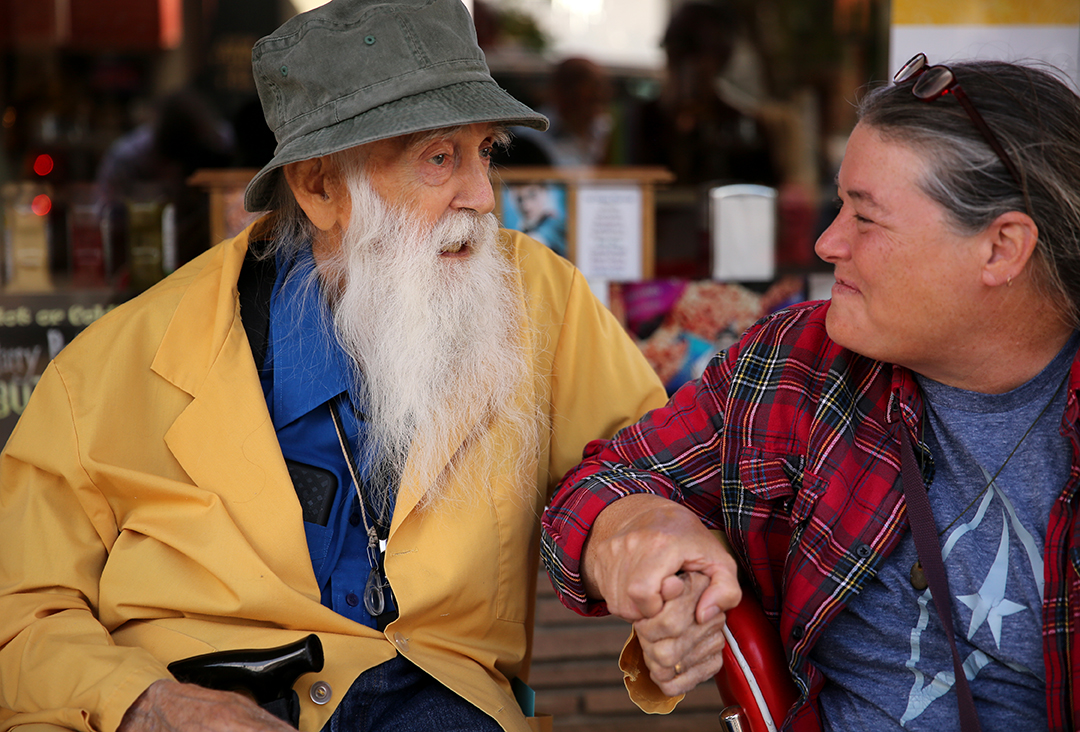 He wasn’t quite 90 around noon as he stood on the corner of 2nd and Center Streets in downtown Casper. It was 2 p.m. when he was born, he said.

Just several years after he was born, he’d be standing on this very corner, right in front of the Rialto Theater, where there used to be a cigar store. He’d be waiting for a bus in the freezing temperatures, but he and his friends were able to slip into the store to keep warm.

When asked how life was in Casper back then, he said, “I think it was more fun when it was a bit smaller. It’s kind of gotten out of hand.”

The cigar store is gone now, replaced by the Rialto Soda Fountain, where ice cream and treats are sold instead of smokes. And it’s here that Dana chose to celebrate his birthday.

“I was trying to figure something out,” he said. “If you have a dinner, you’ve got a group and you can’t hear. So I remembered this place, and I thought, ‘How would it be to just have ice cream instead of a meal, and invite everybody who wants to come and eat ice cream?'”

His daughter, Christine Van Burgh, drove up from Cheyenne early Monday and handed out the free ice cream tickets as a crowd of well-wishers gathered.

“He wanted to come here, have ice cream and talk to all the former students and old friends and family, and kind of hold court,” she said. Christine is the oldest of Dana’s three children.

“When you teach for 38 years in the same school and same classroom, you have a lot of students and a lot of memories,” she said.

“He was born and raised here,” Christine said. “So standing here on this corner and by this building, he’s seen a lot come and go over the years.”

Nancy Gerlock made sure to visit the corner on Monday. She went back to college as a non-traditional Casper College-UW student and had Dana as an instructor. She eventually became a teacher.

“He was a wonderful mentor, especially on how to develop a lesson and how to get kids hooked,” she said.

Melissa Connely taught geology at Casper College when Dana was on the staff. They talked quietly for several minutes before she went for ice cream.

“All the memories,” she said. “It was the golden age; there was such excitement at the time.”

Tears welled up as she took another spoonful.

“It was magical having Dana as part of the team,” she said.