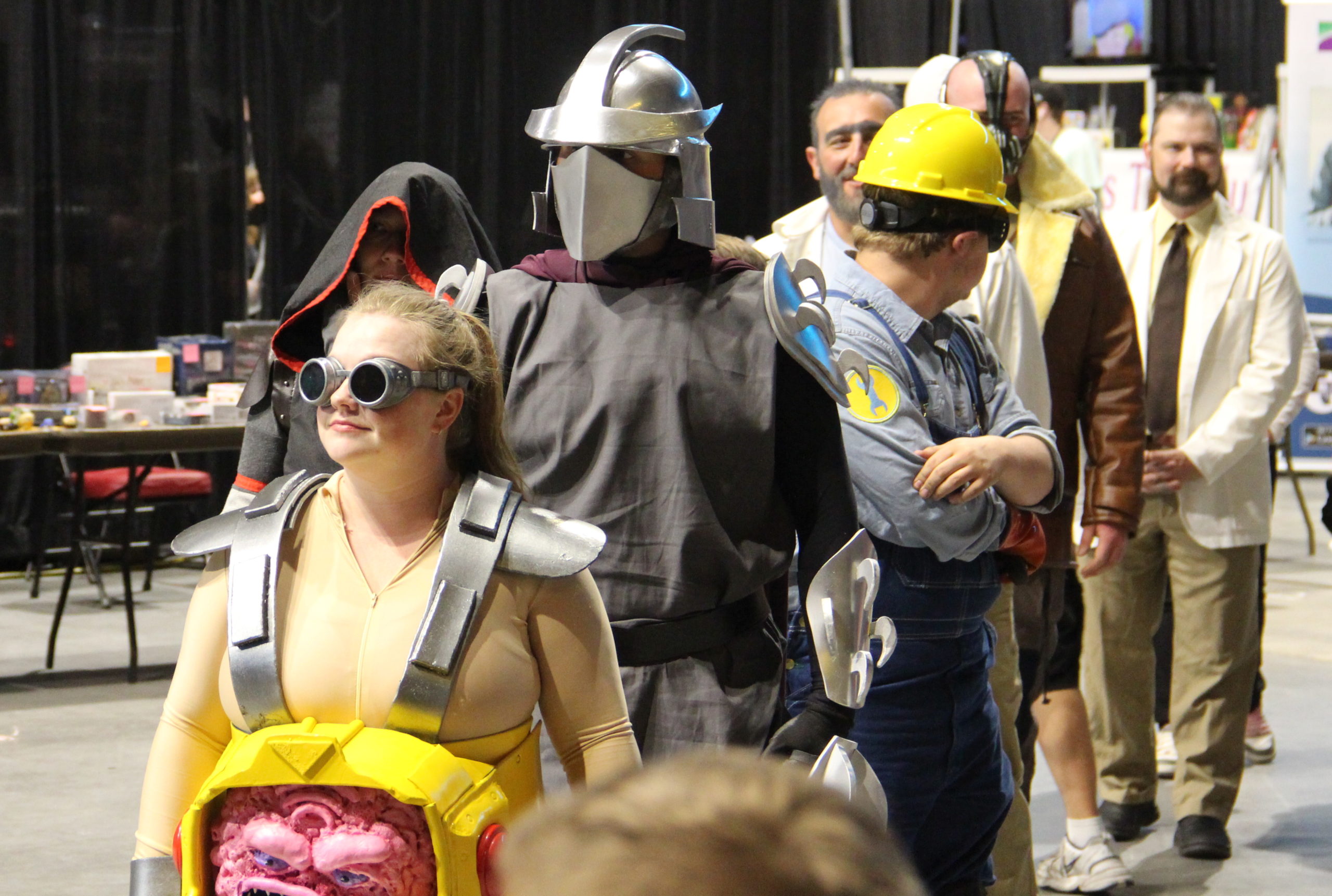 Husband and wife duo Alex and Sabrina won the costume contest as Krang and Shredder from the Teenage Mutant Ninja Turtle series at the 3rd annual Comic Con on June 26, 2021. (Gregory Hirst)

CASPER, Wyo. — Darth Vader will be descending on Casper this weekend for the Casper Comic Con at the Ford Wyoming Center.

Andrew Nelson, who has spent more time in the official Darth Vader costume than any other actor, is among the celebrities who will make appearances during the June 25–26 Casper Comic Con.

Nelson, who played Vader in the special addition re-release of the original Star Wars trilogy and the Rebel Assault II and Dark Forces video games, will not be the only Star Wars actor at the event, according to a press release from the Ford Wyoming Center. Alan Fernandes, who is the only living Tusken Raider from the original 1977 Star Wars, will also be available for photographs and autographs.

Two giveaways during the Casper Comic Con include:

Panels that will be held during the event include:

Other activities will include:

“Tickets are on sale now and can be purchased online at www.SinclairTix.com, by phone at 307-577-3030, or in person at the SinclairTix Box Office at the Ford Wyoming Center,” the release added. “The 2022 Casper Comic Con is presented by Reliant Federal Credit Union and sponsored by Black Sunday Tattoo, Little Shop of Burgers, Old Town Family Fun, Phogg-it Cards and Games, and Windy City Axe Company.”