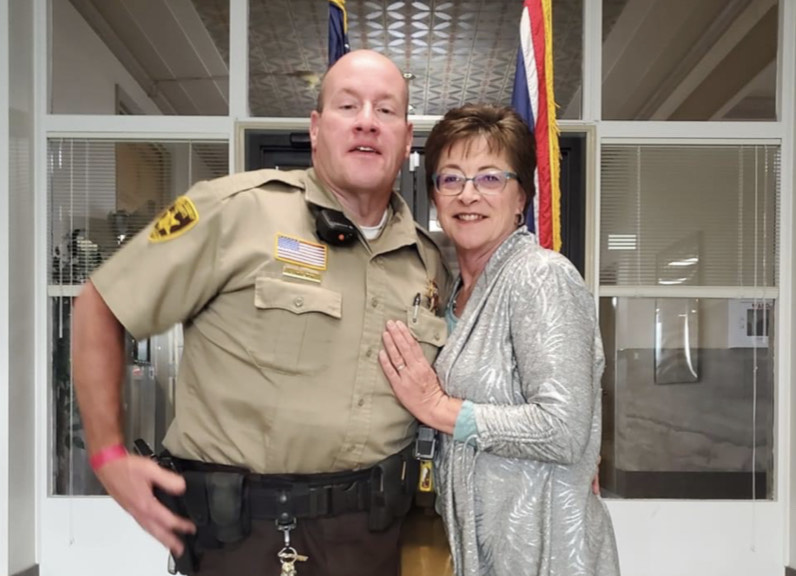 CASPER, Wyo. — The Carbon County Sheriff’s Office said Tuesday it is mourning the loss of a 30-year veteran of its office.

Deputy Jeffrey Walton died in the evening on Sunday, July 3. His 30 years with the CCSO were part of a 40-year career in public service. That career began in 1982, when Walton started as a dispatcher for the Rawlins Police Department, according to the CCSO.

“Over the last several days, the Carbon County Sheriff’s Office has been in close contact with the Walton family during this tragic time to help them in any way we are able and to release the following information to the public,” the CCSO said.

Walton’s career with the CCSO started in 1987, when he joined as a detention deputy. He rose through the ranks to serve as lieutenant and jail administrator. During his time with the CCSO, Walton also served as a patrol deputy, court security deputy, evidence custodian and dispatcher. He retired from the CCSO in 2015 and started working as a code enforcement officer with the City of Rawlins. Walton returned to the CCSO in 2020 to serve as court security deputy.

“We ask our staff to undergo these traumatic events, over and over throughout their entire career. These burdens are tangible; they impact our staff, their families and loved ones, and each employee at the office. During his years of service to our community, like all law enforcement officers, Deputy Walton had experienced a wide variety of both positive and negative events with citizens, victims, and suspects alike.”

While deputies are trained professionals, the CCSO noted that “they are first and foremost humans.”

“The stoic emotions we steadfastly maintain while on duty often crumble when we return to our homes and loved ones,” the release said. “Though our hearts are broken, we choose to acknowledge the difficult nature of the profession to which Deputy Walton had with his larger-than-life personality by diligently dedicating himself to this career.

“Yet, such service to community comes at a cost, oftentimes at a heavy personal cost, all too frequently those costs can be extremely steep. The extensive Walton family and his Carbon County Sheriff’s Office family, share our sincere gratitude to this amazing community for the immense outpouring of support we have received. Plans for services will be announced in the next few days.”