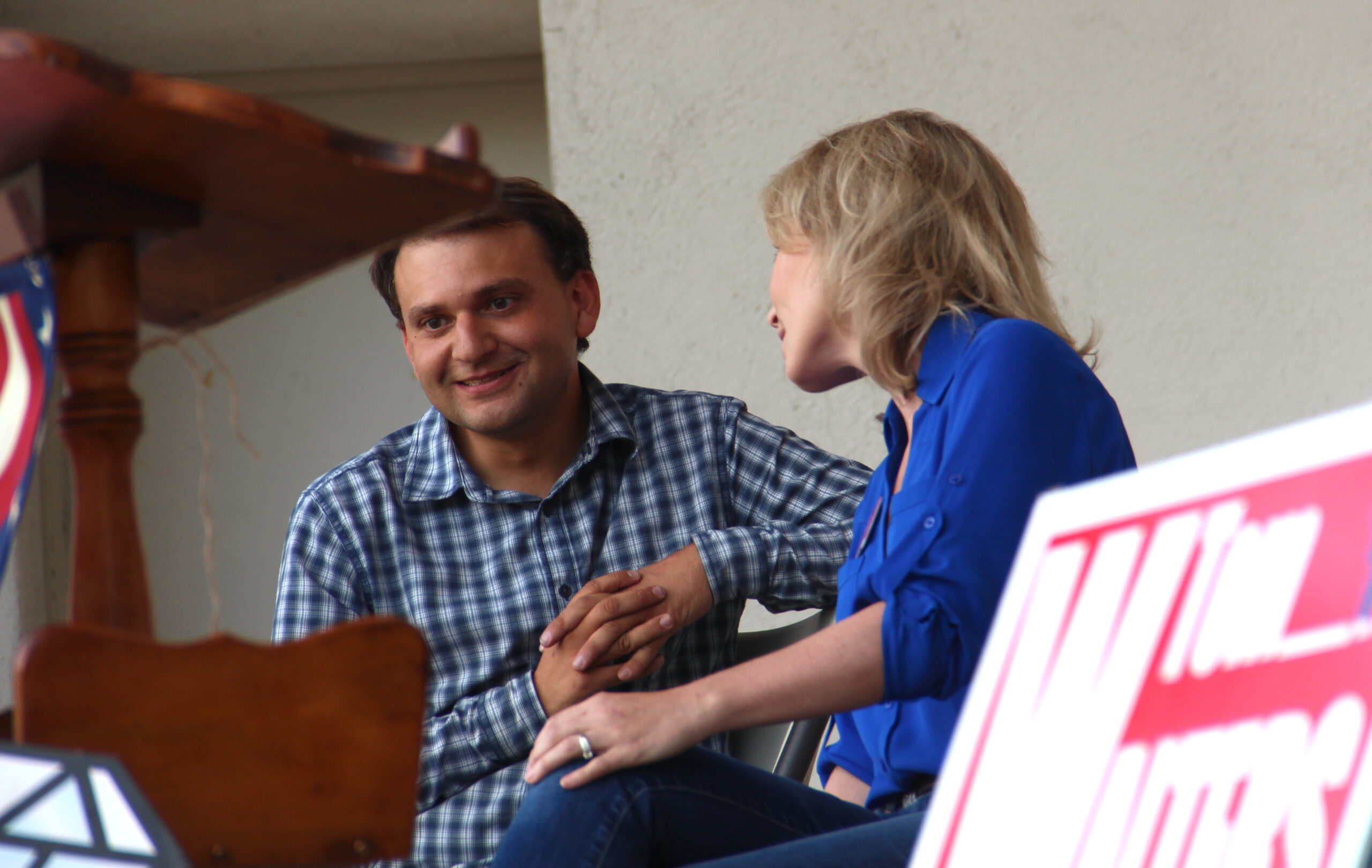 CASPER, Wyo. — Natrona County House Representative Chuck Gray and Laramie County Senator Tara Nethercott went back and forth on voting records, conservative credentials, and the duties of the Wyoming Secretary of State office at a forum at Washington Park on Wednesday. Both are vying to replace current Secretary Ed Buchanan in the Republican primary Aug. 16.

“If you like history, politics and law, this office is a great place to be,” Buchanan told Oil City.

Nethercott touted her career as an attorney and six years on the state’s Corporations, Elections, and Political Subdivisions committee, especially as a prosecutor for Wyoming’s part in a 50-state suit against LPL Financial LLC, and chair of Senate Judiciary Committee.

Gray said election integrity was his key concern in the race, and pushed for a revival of bills to hold runoff elections,  ban crossover voting, and ban the use of ballot drop boxes.

While those efforts would be left to the legislature, Gray said it was important that the Secretary of State, who would carry out the duties of governor if he was unable to perform them, have his conservative track record.

The Secretary also serves on the State Loan and Investment Board, and Gray said that in that role, he’d ensure those grants went to straightforward rural development projects and didn’t favor those with political connections or entities with conflicts of interest.

Gray touted his work on Wyoming’s Voter ID law, which passed in 2021 after three failed introductions, adding that Nethercott, who eventually signed on, had opposed it in the past. Nethercott highlighted her work on bills to enhance penalties for sex traffickers and prosecute antitrust cases against meatpacking monopolies that leave state producers out of the profit chain.

Both candidates reported that election integrity was a key concern among the statewide electorate, though their respective takes on the status quo differed.

“There have been cases of fraud that have been considered for prosecution,” Gray told the crowd. “One of the things we need to do is create an Election Integrity Division that will hold the prosecutors’ feet to the fire … when we fight these voter fraud issues.”

Buchanan wrote in a release earlier this summer that “the 2020 results of the general election indicated 100 percent accuracy across the entire state.”

Nethercott agreed. “You can be proud of your 23 county clerks across the state for conducting free, fair and secure elections,” she said.

Gray called for a ban of ballot drop boxes, saying that they were the main instrument for the practice of “ballot harvesting.” He also called for a ban on “Zuck Bucks,” referring to the roughly $419 million Mark Zuckerberg gave in grants to election offices to help carry out the 2020 election amid the coronavirus pandemic.

Buchanan said that though ballot harvesting and “Zuck bucks” were not a problem in Wyoming currently, he had sent statements to the legislature outlining those concerns generally and offering language for future legislation. He acknowledged that grants to governments from private entities might come with strings attached.

“You open yourself up to undue influences,” Buchanan said. “There’s no reason to go down that road.”

Buchanan added that the only ballot drop boxes in the state he was aware of were the nine kept under 24-hour surveillance in the clerks’ offices of the counties where they are used.

“The fact that Laramie County has moved off paper ballots is disturbing,” Gray said, adding that ballot counts should be hand-audited. Gray told Oil City that his concern was the Secretary of State’s statutory duty to ensure “uniform” elections across the state.

Buchanan told Oil City that Laramie County had moved to use all touch-screen voting machines, part of the equipment purchased to replace election machines statewide in 2020. Those machines still use an inserted paper ballot, and voters can verify the markings when it comes out before feeding into the tabulator, Buchanan said.

All machines used in Wyoming in 2020 are air-gapped and not connected to the internet, Buchanan said.

Nethercott told Oil City she was happy to address concerns about election integrity, and appreciated that it was drawing citizen engagement into the political process. A member of the legislature’s Blockchain committee, Nethercott said the future Secretary would have a direct role in registration and regulation in the evolving realm of Decentralized Autonomous Organizations, virtual currencies, and stablecoins.

President of the Natrona County Republican Women Kim Walker said Wednesday’s Secretary of State debate was a key example of the value of the Politics in the Park forum, which began in the 2020 election cycle.

“People get to see the faces behind the signs and hear the candidates’ positions from the horse’s mouth,” Walker said, adding that people have reported changing their votes based on what they’ve seen at the forums.

Candidates also get to answer the charges lobbed against them in attack ads and mailers in real time.

“We work those into the questions,” Walker said.