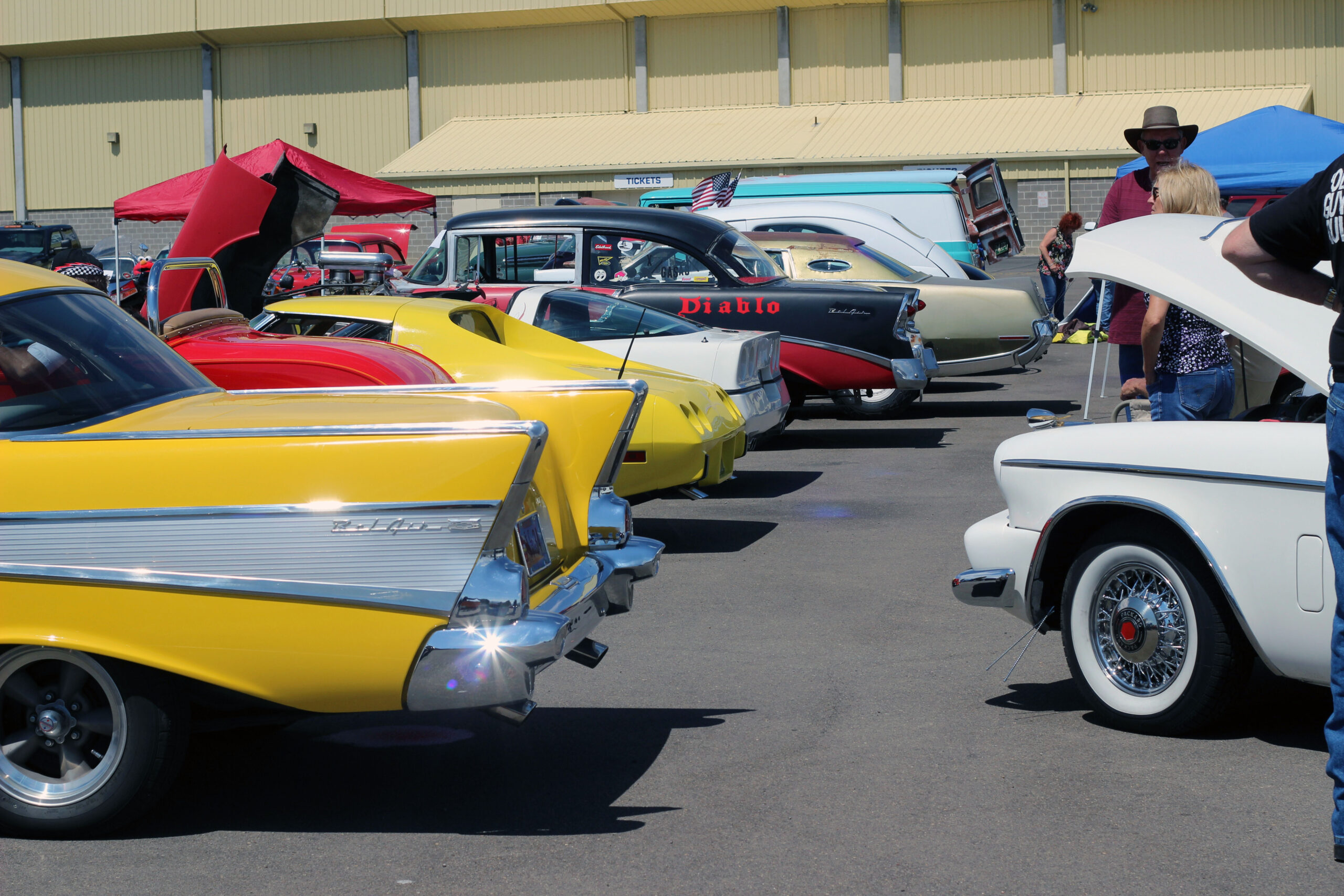 In total, 56 cars and 11 bikes were registered for the event. Several raffles and auctions were held at the show, with attendees taking home a variety of baskets and other loot. Walking Snakes performed live during the event, and vendors like Gruner Brothers and Lost Arrow catering kept attendees refreshed as they perused cars and auction items.

Marrolyce Wilson, one of Hideaway Bar’s owners and an organizer of the event, said turnout was impressive. “There’s a lot more cars,” she told Oil City. “Especially with everything that’s going on, like Beartrap. We’re real pleased with the turnout.”

The show had a location change this year, moving from the riverfront to the fairgrounds. While an exact number isn’t known yet, Wilson said it may rival last year’s $11,000, or even the previous show’s $18,000.

“What we do is, we go to the ranchers and people, they donate tags to us,” he continued. “And we go through Game and Fish, we put veterans’ names on the tags. We bring them to Wyoming and we take them hunting.” The organization takes disabled veterans from all 50 states, offering hunting, fishing and other outdoor excursions.

This year, in September, Hunting for Heroes will take 16 fully disabled veterans on personalized hunting trips. “We’re just showing these guys a good time for the weekend,” he said. “We have several guides, so each guy will take [a hunter] to a different area, and we’re all staying at the Ramkota. The Ramkota helps us out.”

Trips cost roughly $1,000 per veteran, according to Palmer, so Hunting with Heroes does several different fundraisers throughout the year. “We do Thankful Thursday, we do a golf tournament out of Paradise Valley, we do gun auctions throughout the taverns in town,” he explained. “Yeah, we do anything we can to raise money to take these guys.”

Hunting with Heroes is celebrating its 10-year anniversary this year. To learn more about the nonprofit or how to get involved, you can visit its website.