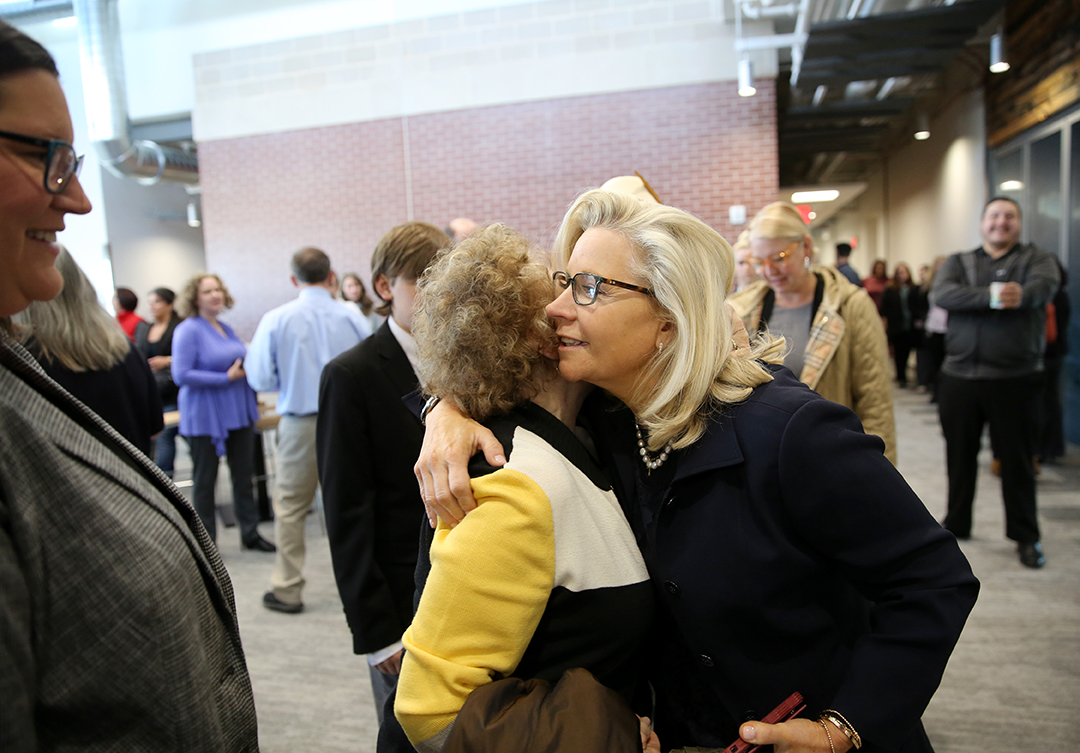 When Jonathan Schechter came to Jackson Hole as a young university graduate in 1983, one of the mountain community’s leading activists gave him a valuable insight.

“The only Wyoming election that matters is the Republican primary,” Bob Morris told him. Morris, a colorful former U.S. Marine, FM radio station owner and environmentalist affectionately known by locals as “Captain Bob,” died in 2020 at age 87.

But Schechter, 65, a policy analyst and think-tank founder who serves on the Jackson Town Council, took his mentor’s words to heart.

With that in mind, Schechter, a numbers wizard with degrees from Stanford and Yale, decided to examine the Wyoming GOP primary to see if incumbent U.S. Rep. Liz Cheney might be able to beat Donald Trump-endorsed candidate Harriet Hageman for the state’s sole congressional seat.

For 20 years, Schechter honed his policy and political analysis skills as bi-weekly columnist for the Jackson Hole News&Guide. His unusual column, named “Corpus Callosum” after the bundle of fibers that connect the two hemispheres of the brain, examined a wide range of issues and policies, usually through a statistical lens.

So far, the early polls say Hageman will win by a wide margin in a state that gave Trump his most lopsided win in the 2020 election. But political polls have been unreliable, failing to predict Trump’s 2016 victory and, more recently, grossly underestimating Kansans’ support for their state’s constitutional right to abortion.

With the Cheney-Hageman polls in mind, Schechter decided to dive into Wyoming state and county voting statistics and crunch the numbers himself. Based on the polling and other political sources, he determined that Cheney would need to find an additional 30,000 votes beyond her core GOP support to retain her seat.

The conclusion of his detailed analysis is that recently the momentum in voter-registration patterns has shifted in Cheney’s favor. If significant crossover Democrat-to-Republican voting occurs at polling places in the Aug. 16 primary, he wrote, Cheney could reach that 30,000 number.

Even if Cheney is not victorious, Schechter said, “the data on voter registration patterns suggest that the race is going to be far closer than conventional wisdom suggests.”

Some of the trends Schechter identified — such as unprecedented new voter numbers and changes in party registration — have been corroborated by Wyoming Secretary of State records and in WyoFile interviews with a handful of county election officials across the state.

“You usually know who is changing their registration to vote for Cheney in the primary,” said Fremont County Clerk Julie Freese, “because they tell you so and then immediately ask when they can change back.”

These questions do not necessarily please the election clerks, Freese said, because they are the ones who must do the paperwork on the crossover changes. But neither do allegations by some Trump supporters, including “Pillow Man” Mike Lindell, that Wyoming elections have been compromised.

“He blamed Dominion voting machines and Wyoming doesn’t even use them,” Freese said.

Although it does not necessarily indicate a trend toward either Cheney or Hageman, Laramie County Clerk Debra Lee described the increased volume of early and absentee voting compared to 2018 (the year of the contested GOP gubernatorial primary featuring candidates Mark Gordon, Foster Friess and Hageman) as “striking.”  If nothing else, this shows intense interest in the nationally spotlighted Wyoming congressional race.

In Wyoming, the window for absentee and in-person voting opened July 1. Registration and change in party affiliation are allowed up to and including primary election day, Aug. 16.

In his research, titled “Can Liz Cheney Win?”, Schechter examined five categories of voters that could benefit her and possibly make up the 30,000-vote deficit:

Schechter noted that early voters registered as Democrat or unaffiliated dropped by an unprecedented 7,644. Schechter puts each of those voters in the “crossovers who’ve already voted” category and counts each of their votes in the Cheney column.

By Aug. 1, meanwhile, there were 11,495 more registered Republicans in the state than there were on Jan. 1. Subtracting the 7,644 crossover registrants left close to 4,000 new Republican voters in the state. Schechter speculates that 75% of these new Republicans voted for Cheney, adding 1,908 to her total. Schechter based his estimate on reaction to Cheney’s leading role in the Jan. 6 hearings and her massive campaign advertising.

Cheney still had $7 million left in her campaign funds two weeks before the Aug. 16 primary. Earlier this month, she released arguably her most persuasive campaign ad yet, in which her father, former Vice President Dick Cheney looks directly into the camera and calls Donald Trump a “coward” and not a “real man.”

“In our nation’s 246-year history, there has never been an individual who is a greater threat to our republic than Donald Trump,” he says.

More than 6 million people have viewed it online, according to Newsweek.

Historically, Schechter said, about the same number of new voters register in August and on Election Day as do in the preceding seven months. If that trend holds true, Schechter estimates that category 3 could add another 1,908 votes to Cheney’s total.

Recent polls suggest that 10% of Wyoming voters — representing about 12,000 votes — remain undecided. If 75% percent of these voters were to go to Cheney, as Schechter speculates, it would add 6,000 votes to her total.

The potential votes from the first four categories Schechter listed only add up to 17,640 votes, about 60% of the 30,000 she is seeking.

“So how to make up the remaining 40%?” Schechter writes. “The real X factor is how many more people will crossover in the last two weeks leading up to the election, and then on election day itself (Category 5). If Wyoming’s experience is anything like Teton County’s — and the general patterns suggest at least some similarity — roughly 75% of any primary’s crossing over will occur in the final two weeks before the election. Critically, this figure does not include the number of people who cross over on election day itself.”

“As of August 1, there had been a 9.4% drop in Wyoming’s total number of Democrats and Unaffliliateds. If that figure even doubles in the final two weeks, and then gets another boost on election day — both of which are historically possible — then Ms. Cheney has a fighting chance of winning.”

Schechter’s most detailed information comes from Teton County, historically a political outlier in the state. In the 2020 presidential election, for example, Teton and Albany counties were the only two of 23 to favor Biden.

But he also reported that for this election at least, the rest of the state appears to be experiencing a similar drop in voters registered as Democrats or as unaffiliated.

“Statewide, there was a 9.4% drop in overall Democrat and Unaffiliated registrations,” Schechter reported. “And while Teton County’s 11.3% drop was higher than the statewide average, it was below Park County’s 13.6%, and barely higher than the rates in several other counties.”

“I didn’t come into this thing as an anti-Hageman zealot,” he said, “but the deeper I got into it the more I could see that Teton County was not an anomaly and that there was a possible path for Liz Cheney.”