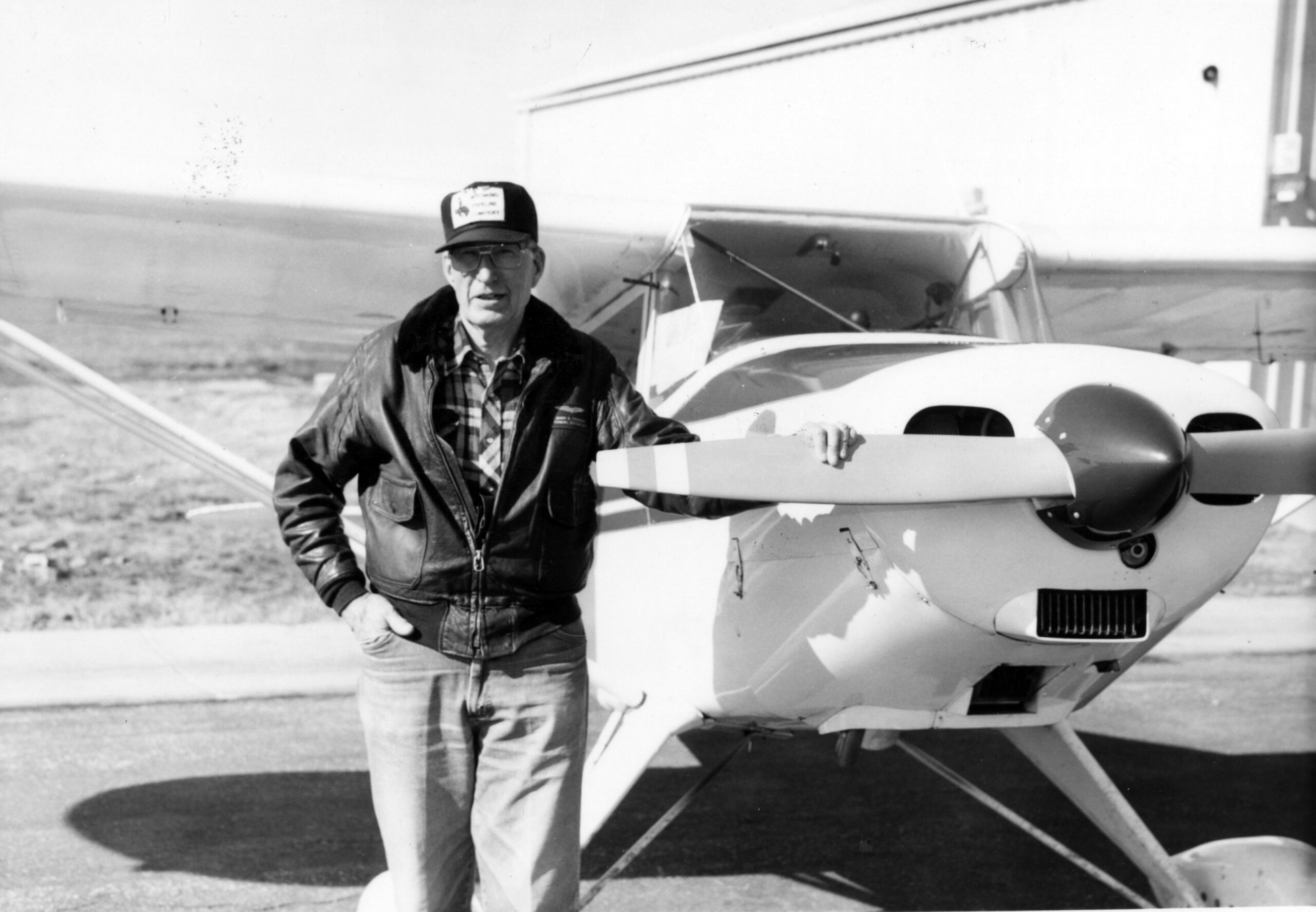 John B. Cooksey is being posthumously inducted into the Wyoming Aviation Hall of Fame. (Courtesy WYDOT, Wyoming Aeronautics Commission)

CASPER, Wyo. — A World War II veteran and longtime flight instructor is being posthumously inducted into the Wyoming Aviation Hall of Fame.

John B. Cooksey, who died on April 24, 1986, was inducted into the Hall of Fame as recognition for a “stellar and lengthy career as a flight instructor and Federal Aviation Administration (FAA) designated flight examiner in Wyoming,” a Tuesday press release from WYDOT and the Wyoming Aeronautics Commission said.

Cooksey was born in Newcastle on June 18, 1921, and grew up on the Cooksey Ranch along the Cheyenne River. When World War II broke out, Cooksey joined the Naval Aviation Cadet Program and trained in Le Mars, Iowa. He served on aircraft carriers in the Pacific Theatre as an Aviation Machinist Mate Third Class.

“After the war, he continued to serve in the Navy, where he was stationed in California,” the press release said. “While there, he resumed his flight instruction and earned his private and commercial licenses, his multi-engine rating, and Certified Flight Instructor certificate.

“After his Naval service, he worked for his brother-in-law at Burton Air Service in Hyannis, Nebraska, where he taught flight instruction and sold aircraft.”

The oil boom brought Cooksey back to Wyoming in 1952. He worked in the oil industry before moving to Casper in 1955, where he worked as an inspector for the Wyoming Oil & Gas Commission and operated a Phillips 66 station, the press release said.

Cooksey joined Hailair in 1964 and served as a flight instructor and commercial pilot.

“Cooksey also earned the distinctive Gold Seal Flight Instructor Certificate, and he was an FAA Accident Prevention Counselor. Cooksey’s primary focus was flight instruction. As a flight instructor, he instructed as many as 400 student pilots over the span of 40 years. Between 1968 and 1985, he administered 223 flight examinations. In his role as a flight examiner, he also mentored many flight instructors.”

“Cooksey believed in the importance of tail wheel training, so his fleet also included Cessna 170 tail wheel airplanes,” the release added. “Intermountain had a contract with Wyoming Pipeline Company, Wyoming Refining Company, and Northwest Crude Inc. In this capacity Cooksey mostly flew as a pipeline inspector.

“He was active in the Civil Air Patrol and was heavily involved in its cadet program. An annual tradition that he valued very much was offering rides to residents of the Wyoming Life Resource Center (then known as the Wyoming Training School) in Lander. He also assisted during blizzards with aerial supply drops for rural residents and provided other aerial services around the state.”

In terms of his family, Cooksey married Grace Dutrow on Aug. 19, 1953, and they had a son named Donnie.

“Also having a passion for aviation, Donnie took flight instruction from his father and himself became a professional pilot,” the release said.

“The Wyoming Aviation Hall of Fame was founded in 1995 as a non-profit, publicly supported, tax-exempt organization dedicated to honoring individuals who have made outstanding contributions to the establishment, development, and/or advancement of aviation in Wyoming,” the release added. “The organization comprises a board of directors and operates in conjunction with the Wyoming Aeronautics Commission. Board members include Kent Nelson, retired USAF colonel and former Wyoming Aeronautics Commissioner; Dean McClain, who operates an aerial spraying business in Torrington; and John Waggener, a University of Wyoming archivist and Wyoming transportation historian.”