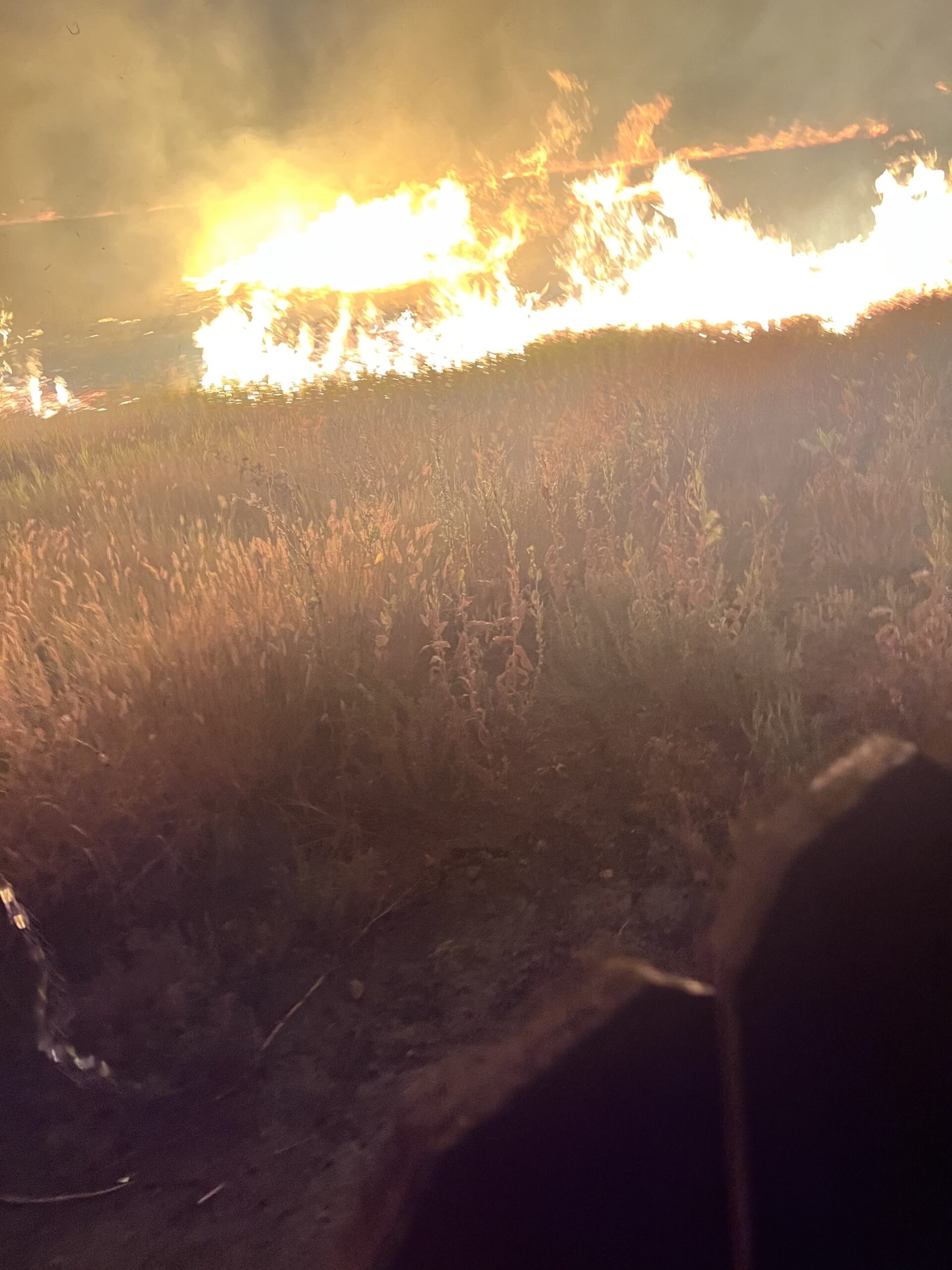 CASPER, Wyo. — The cause of a wildfire that burned some 16 acres of grassland in a Casper subdivision Wednesday night is under investigation, according to a release from Casper Fire-EMS.

The fire off Puma Drive in the Wolf Creek neighborhood was called in at around 9:30 p.m. on Wednesday. Multiple crews responded, including crews from Evansville, Mills, Bar Nunn, the Natrona County Fire Protection District, and the Bureau of Land Management, along with Casper Fire-EMS.

No structures were damaged and no injuries were reported, said the release. Homes in the area were evacuated while remaining homeowners sprayed water as the fire approached their properties.

Wolf Creek resident Kristan Limmer said she saw the fire from her back porch and went up the street. It appeared the fire started in a field, she said, and spread rapidly in the wind.

“Every single neighbor had hoses over their back fence,” Limmer told Oil City News. “It was all the way up to the edge of those people’s houses.”

The Casper area saw only 26% of normal precipitation in July, and temperatures reached a record-high 101 degrees for the date on Wednesday. Combined with the high winds and well-cured fuels, “this had the potential to be a much worse fire,” Casper Fire-EMS Captain Patrick McJunkin told Oil City News.

Temperatures are expected to remain hot in Natrona County today, with highs around 95 degrees expected, according to the National Weather Service in Riverton. Thunderstorms are possible overnight.