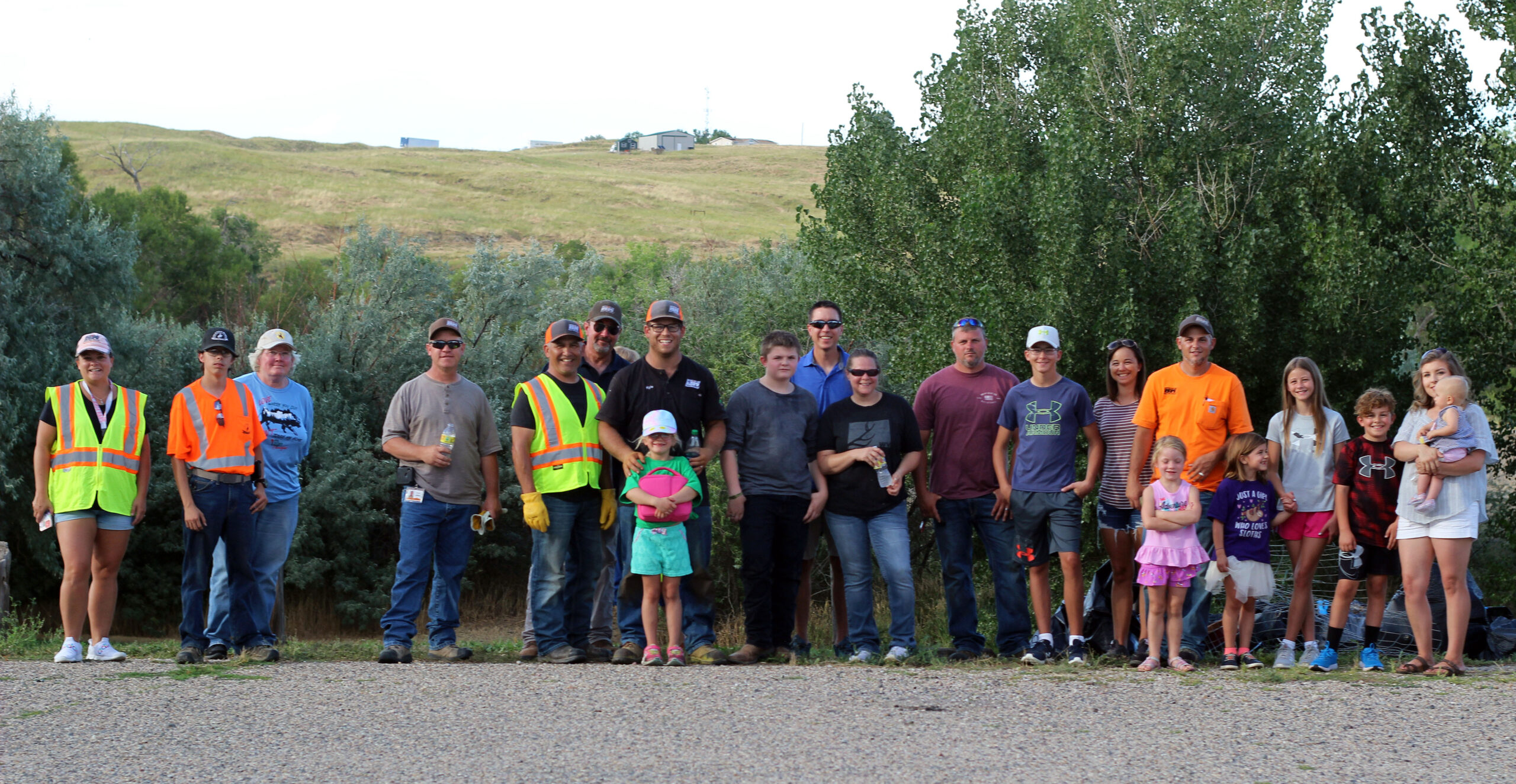 Staff of Black Hills Energy and employees of the City of Casper pose with their families for a group photo. (Sara Sammons/Oil City News)

CASPER, Wyo. — Staff of Black Hills Energy and employees of the City of Casper met Friday evening, ignoring a number of intent mosquitos, to pick up trash in Riverview Park.

“Black Hills Energy called and said, ‘We come out and do a cleanup, and here’s what we’d like to do, on Friday night after work,'” said Martinez. “Any time anybody wants to clean up, we organize it, we bring supplies out.”

The energy company wanted to do something by the river, so Riverview Park was settled on. There was something for every member of the family to do in the area, depending on age and capacity.

“We can have families up here [at the park], and people that are more froggy down by the river,” Martinez explained.

Black Hills staff seize opportunities like this when they can, said supervisor Lupe Alcaraz. Before COVID, employees of the company used to work from their office on Yellowstone Highway over to Walsh Drive, picking up litter. They also have a tradition of volunteering for Habitat for Humanity in the area.

The city and Black Hills worked together previously when help was needed digging a large amount of Russian olives out from around a series of gas lines. “That was a really big undertaking,” said Martinez.

The team collected a hefty pile of trash, which was loaded into a pickup truck to be weighed on Saturday. Beer and liquor bottles and tires were among the detritus, as well as a copper pan and some other items that will be put into metal recycling. Wire netting the team collected will be reused by being placed around trees.

The city is looking forward to doing more clean-ups, with whoever wants to join them. “We will accommodate, because this extends our staff and helps us immensely,” said Martinez to the group. “This will count towards the stuff that’s been removed from the river, for the river revival that we do.”