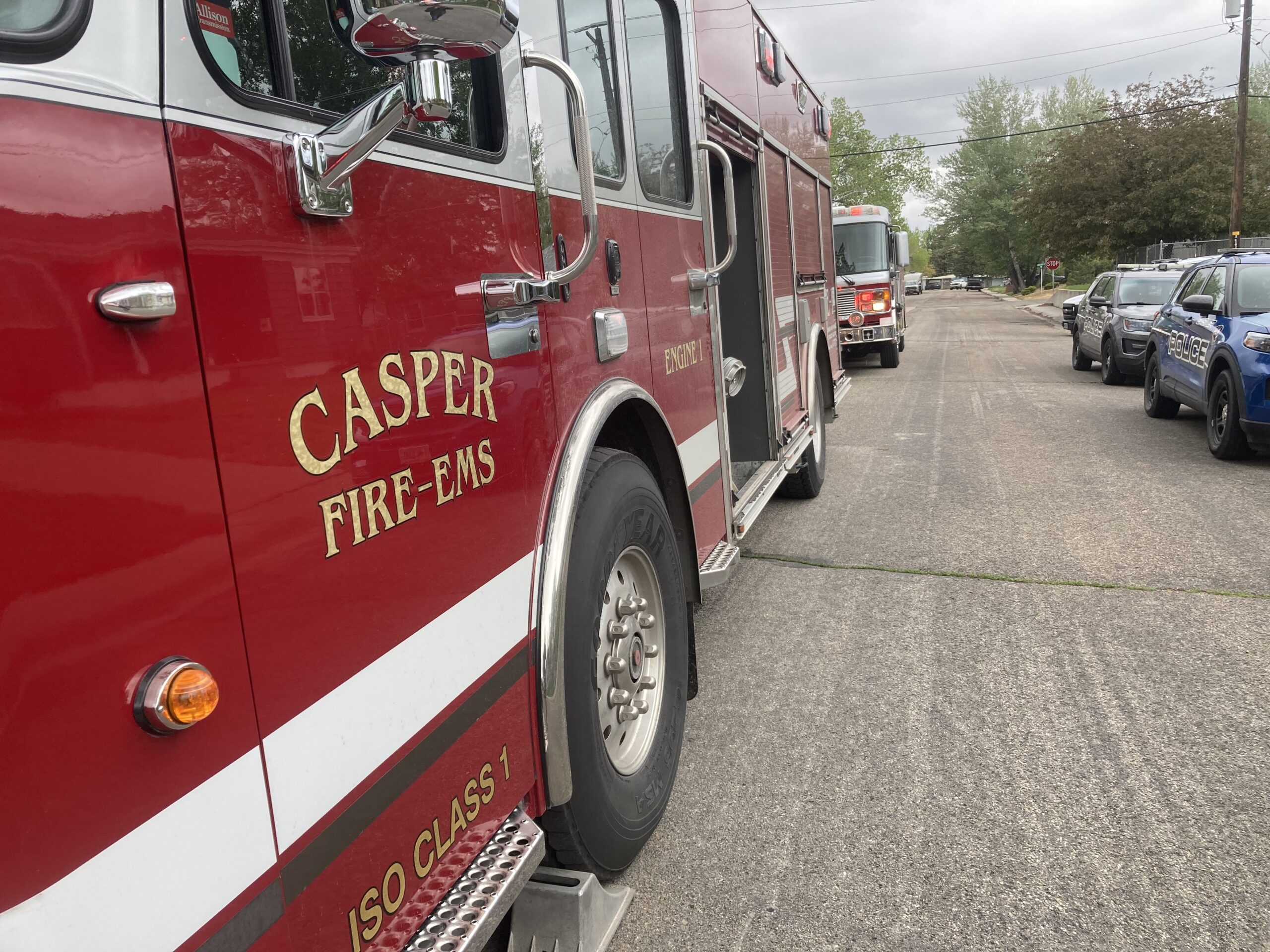 CASPER, Wyo. — The cause of an early Saturday morning vehicle fire in a residential driveway near the intersection of 13th Street and CY Avenue is under investigation.

No one was injured in the blaze, Casper Fire-EMS reported.

The crew was dispatched at about 5:30 a.m. and found an unattended passenger vehicle heavily involved in fire, a department release stated.

“Simultaneous evacuation and extinguishment operations were performed, and within minutes the fire was brought under control,” the release states. “The vehicle’s close proximity to the house led to some minor exterior damage.”

Two engines and the on-duty battalion chief responded, and because the fire was so close to the home, two additional engines were called in.

Assisting Casper Fire-EMS were investigators from the Natrona County Interagency Investigation Taskforce, dispatchers at the Public Safety Communication Center and officers from the Casper Police Department.

Regarding fire hoses and roads, Casper Fire-EMS said: “It is common practice for fire hose to be deployed across, on, or along roadways, occasionally blocking traffic. These hoses supply precious water from hydrants to fire engines and then firefighters. The hoses are not designed to withstand any kind of vehicles crossing on top of them. To this end, we ask the public to remain aware of their surroundings if you are ever near a fire scene, and please do not ever drive over fire hose. Our lives depend on our water supply!”