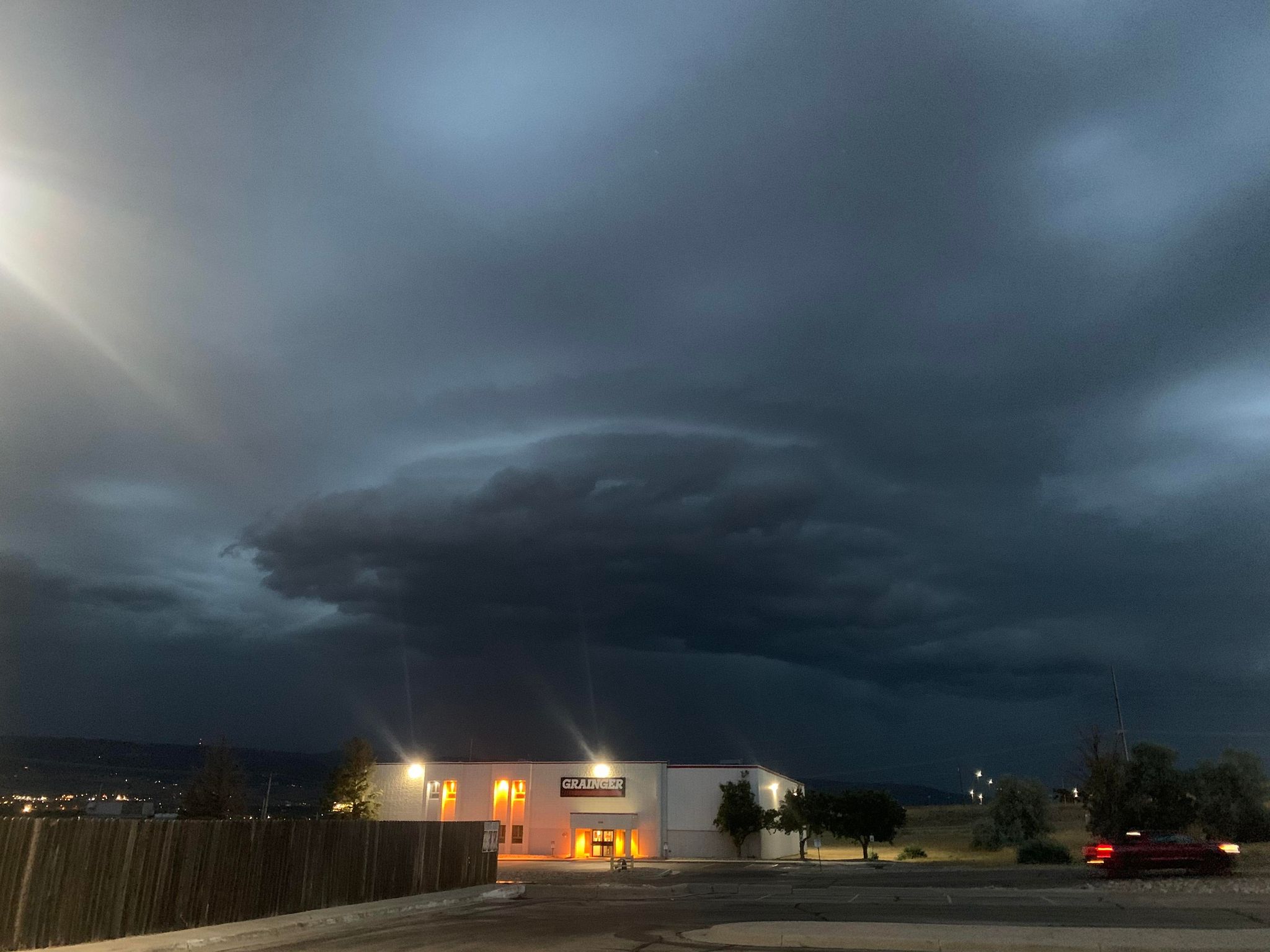 CASPER, Wyo. — The trend of afternoon and evening storms is expected to continue in the Casper area until Monday, according to a tweet from the National Weather Service in Riverton.

“It will be partly cloudy with afternoon and evening showers and #thunderstorms. Gusty winds and heavy rain at times with the storms. Localized flash #flooding near the storms is possible,” the tweet said. “Afternoon showers will return on Monday.”

Natrona County remains within the Flood Watch zone, according to the service, with the risk especially high at lower elevations. Thunderstorms, likely to feature heavy rainfall, can combine with “relatively slow upper-atmosphere winds to become slow-moving,” which the service says can exacerbate flash flooding issues.

“Excessive runoff may result in flooding of rivers, creeks, streams, and other low-lying and flood-prone locations,” the Flood Watch statement read. “Flooding may occur in poor drainage and urban areas. Low-water crossings may be flooded.”

Monday will also hold a chance of storms and rain, mainly after 3 p.m.; the service predicts a 30% chance of showers and thunderstorms. The day will be “mostly cloudy, then gradually becoming sunny, with a high near 80.”

Drier, sunnier weather is expected to pick up after Monday, but the “monsoonal moisture” may return later in the week.