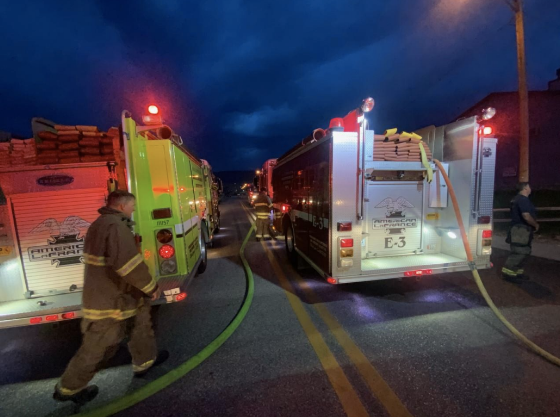 CASPER, Wyo. — Casper firefighters say there were no injuries in a 7 p.m. fire call Tuesday evening.

Casper Fire Engines 1, 2, 3 and 5 and Truck 1 were dispatched to the fire on the 2500 block of South McKinley Street, where firefighters found minor smoke and scorching in the bathroom of one apartment, a news release said.

Power was shut down to the apartment and the area, including the attic, was checked for fire.

Occupants were home at the time of the fire, the release states.

“Damage from the fire was limited to the room of origin. The cause has been determined to be a malfunctioning exhaust fan,” the release states.

“Casper Fire-EMS would like to remind citizens that as the temperatures change to inspect all sources of heat to make sure they are functioning appropriately and that no combustibles are stored on or near them. We would also like to remind everyone to ‘close before you doze’ doors to bedrooms while sleeping and ensure you have functioning smoke detectors,” the release states.