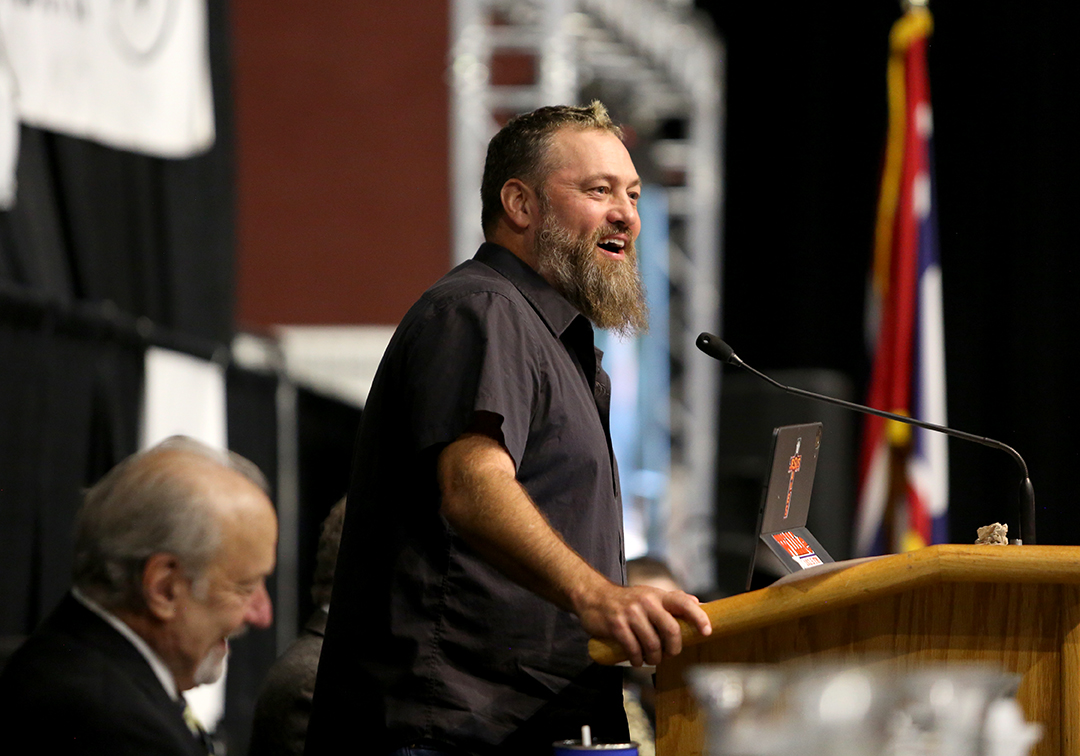 CASPER, Wyo. — Keynote speaker Willie Robertson kicked off his speech at the 24th annual Boys & Girls Clubs of Central Wyoming breakfast event with an observation on the mass of people before him.

“I’m blown away,” he said. “On my calendar it said ‘Boys & Girls Club in Wyoming,’ and in my mind I was going to be in a small, smelly gym with a few people. This is not what I had in mind — the dagum governor’s here!”

He then offered to hire Casper deep-voiced radio legend Bob Price, who emceed the event, to introduce him at all of his events.

“Because whatever you say, it goes from ‘normal’ to ‘epic.’ I feel like I should be on the History Channel.”

Other highlights included the naming of Dubois sophomore Isabell Norris as this year’s Youth of the Year winner. She will compete in the national awards later this year.

“Thank you, the club and the staff for helping me to become who I am,” said Norris in her speech. “I’m always looking towards my future, but I am so grateful for my past. The past is what built me. And without it, I wouldn’t be who I am today,” she said.

Governor Mark Gordon kicked off the speakers by complimenting this year’s honorees, Brad & Jan Cundy, and highlighting some of the work the club does with children.

“Ninety percent of kids [who attend the club] expect to graduate from high school, and eight out of 10 kids feel that they can make a difference,” he said.

“The Breakfast is a culmination of the Annual Giving Campaign to benefit the Boys & Girls Clubs of Central Wyoming,” according to a Boys & Girls Club news release. “Contributions in this campaign will help the Club reach a $1.55 million, two-year fundraising goal to support its $4.6 million budget.”