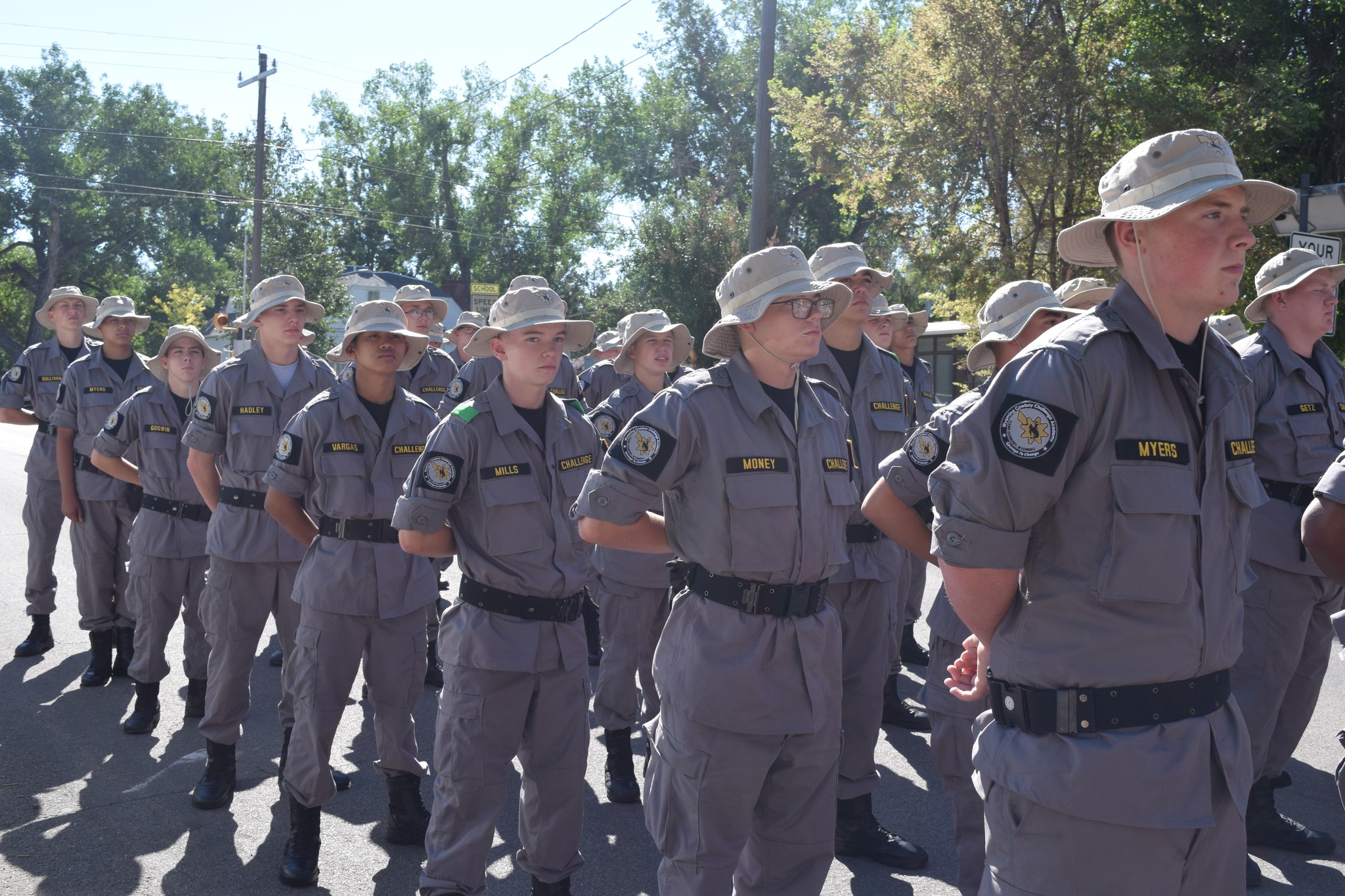 Cadets in the Wyoming Cowboy Challenge Academy are shown lined up in a photo published to their Facebook page on Aug. 24, 2022. The Wyoming National Guard, which operates the alternative-education program, announced it will close immediately due to staffing shortages. (Wyoming Military Department via Facebook)

CASPER, Wyo. — Candice Stevens spent years looking for the right education solutions for her son, Brekken Stevens, who is now 16.

“He has ADHD and has a hard time focusing,” she said. He also started falling into the wrong crowds, even after switching schools and trying different youth programs.

Out of options, Candice decided earlier this year to try the Wyoming Cowboy Challenge Academy in Guernsey, a program run by the Wyoming National Guard that — in their words — provides “a safe, disciplined and professional learning environment that empowers non-traditional learners.”

“It was working,” said Candice. “I saw photos of my child that looked like he had self-confidence and self-esteem and pride … a smile that I haven’t seen in years.”

On Wednesday, Candice received a phone call from the academy that immediately erased the hope and relief she was feeling.

“She said the Wyoming Cowboy Challenge Program was being shut down immediately.”

This Saturday, instead of going to Guernsey for a previously planned family visit to see Brekken, Candice will instead pack him and his belongings into her vehicle and bring him back to Casper, with no immediate options in sight.

He’s two months into a six-month program that would have culminated with a GED, Candice said. “We didn’t feel like putting him back in traditional school considering he had such a hard time, so my biggest questions are how are we going to address these changes?

“It’s nerve-wracking and there’s a lot of anxiety. We know that he’s not ready to come home, we’ve started seeing major improvements in just the last three or four weeks that I haven’t seen in any other type of program he’s been through in the last four or five years,” she said.

“It was an unfortunate decision, and a really tough one for us to make,” she said.

Hinckley said the management staff who keep watch over the cadets 24/7 has suffered a 66% turnover rate on average annually. “So it’s just really difficult for that particular position to maintain and build, and that’s a crucial part of the program,” she said, adding that several factors play into the difficulty of recruiting for those roles, including location, pay and the job description itself.

She couldn’t say whether recent state budget cuts had had any effect on staffing, but she did say that shortages were chronic enough to drive the closure before finishing the year. “We just don’t have the staff to maintain the next 10 weeks,” she said.

In an email to Oil City News, Gov. Mark Gordon’s communications director, Michael Pearlman, said the “decision to close the program was not made lightly, and made in consultation with Governor Gordon.”

“It is directly related to the inability to staff the Wyoming Challenge Academy in order to ensure a safe environment [for] the cadets that attend,” he continued. “The health and safety of those cadets and staff are the Governor’s number-one priority.”

Pearlman said the Guard has been dealing with staffing challenges “for some time,” and that any decision to reopen the academy would have to be done with the Wyoming Legislature.

Candice, meanwhile, says the sudden closure leaves her and other parents and teens with few options in Wyoming.

“Wyoming has very [few] resources for troubled youth, and to shut down basically the only one where they have a chance at redirecting their lives is just incredibly disheartening.

“To me, this feels like it’s yet another program that has failed him, along with 61 other cadets.”

“Some kids don’t have places to go, they’re going to end up right back in the system,” she said. “That is not fair.”