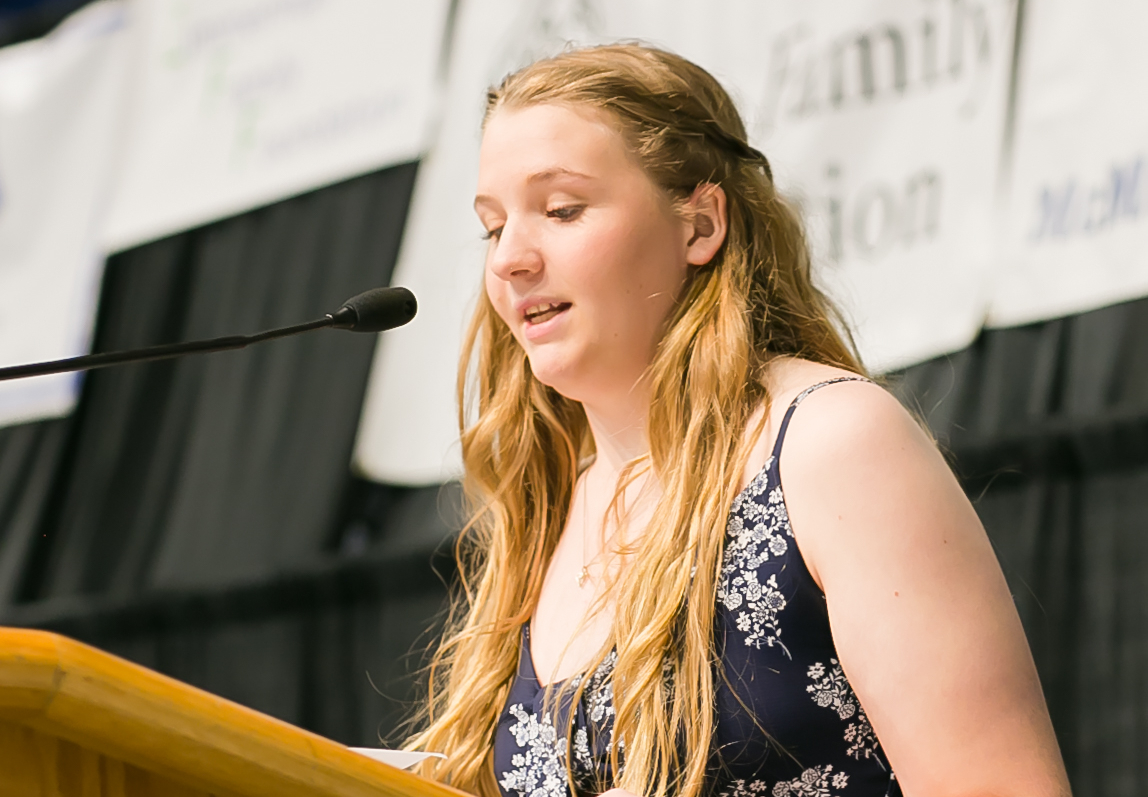 Dubois sophomore Isbaell Norris has been named Youth of the Year for the Boys & Girls Clubs of Central Wyoming. (BGCCW)

CASPER, Wyo. — A Dubois School sophomore student has been named the “Youth of the Year” for the Boys & Girls Clubs of Central Wyoming.

Isabell Norris, who plans to become a veterinarian after graduating high school, will receive a $7,500 Ruth R. Ellbogen scholarship after being named as the BGCCW’s Youth of the Year during its 24th annual Awards & Recognition breakfast held on Wednesday, Sept. 14 in Casper. She will go on to represent the BGCCW at the state Boys & Girls Clubs Youth of the Year competition in February 2023, the BGCCW said in a press release Thursday.

Norris’s mother has multiple sclerosis and recently experienced a stroke, the BGCCW said. Norris helped her mother learn to walk and talk again after the stroke.

“In addition to the Club and my family, my horses have always helped me when I’m in a rough place,” she said. “They’ve always been there for me. When I am struggling with handling everything at home, I know that there is always a place to go to clear my head and get back onto my feet again.”

Norris is a straight-A student and plays basketball, volleyball and track.

The BGCCW’s Youth of the Year was selected by a panel of judges after four finalists gave three-minute speeches in Casper on Wednesday, Sept. 7. The award is given to the “youth who best embodies the qualities of strong character, leadership and confidence.”

“I am so incredibly proud of Bell and all of her hard work,” said Lauren Giambalvo, Boys & Girls Club of Dubois assistant director. “She is so deserving of the Youth of the Year award, and I look forward to witnessing all of her success in the coming years. She has a great future ahead of her and the courage and tenacity to achieve her dreams.”