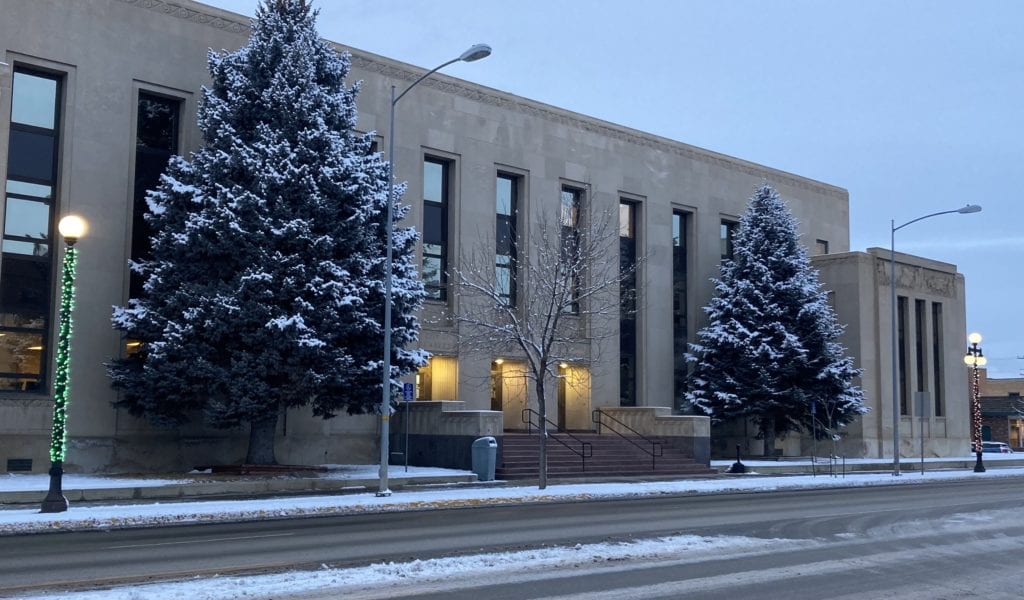 CASPER, Wyo. — After a months-long wage market study, Natrona County will give raises to hundreds of employees to get them to what is considered the average salary range for their position.

The study, conducted by Natrona County HR director Danielle Krucheck, analyzed the salaries of county employees and compared them to salaries for employees of other local governments, including the City of Casper, Campbell County, Laramie County, and Albany County.

The study revealed that not only did many county salaries lag behind other local governments, but there are inconsistencies within Natrona County’s employee base as well. For example, Krucheck said, there are employees with similar roles, qualifications and tenure in different departments making very different salaries. There were also instances of people being freshly hired for salaries similar to employees who have been with the county for several years.

In total, roughly 200 employees will get a bump in pay, Natrona County Board of Commissioners Chairman Paul Bertoglio said. There are 77 county employees who will not be seeing raises, as their salary already put them within market value.

The salary bumps will increase the county’s annual payroll by roughly $1.3 million.

“It’s a big jump,” Bertoglio said. “That’s why we took so long to make sure we were doing this right and really look at everything.”

The size of the raises varies wildly from employee to employee, as it depends on a number of factors including tenure and position.

At Tuesday’s Board of County Commissioners meeting, commissioner Dave North said he recognizes it’s important to get employees into market value to stay competitive, but raised concerns regarding the 77 employees not receiving a boost in pay.

“For those who aren’t getting anything … it may feel like a kick in the teeth,” North said.

Commissioner Jim Milne responded, saying he recognized that those not receiving raises may be unhappy, but added that he believes the move is necessary for the employees below market value.

“This is something we’ve needed for a while,” Milne said. “When we entered into this project, we all knew not everyone would be happy.”

Commissioner Peter Nicolaysen said he doesn’t believe the structure of the raises is unfair, as it’s designed to bring employees into the average salary range for their position, which those not receiving raises already resided within.

“There are certainly going to be issues of people thinking, ‘Oh, I didn’t get as much as I deserved,’ or, ‘I didn’t get as much as this other guy,'” Nicolaysen said. “But we’re really trying to do the right thing by bringing these people up to market [value] and in that respect I really don’t think there’s anything more fair than that. Conceptually, I think this is fair and I think we should move forward with it.”

Previously, Natrona County Sheriff John Harlin had expressed reservations with the methodology of the study, but after meeting with Krucheck, he said he was able to ultimately support the study’s findings.

“I do like the philosophy of being at market [and] I think that really helps us with recruitment,” he said. “My thought has always been that we want to be regionally competitive.”

In addition to the raises being given to several county employees, the commissioners also decided to give $650 end-of-year bonuses to every county employee, regardless of tenure or salary, so long as they are on the November payroll.