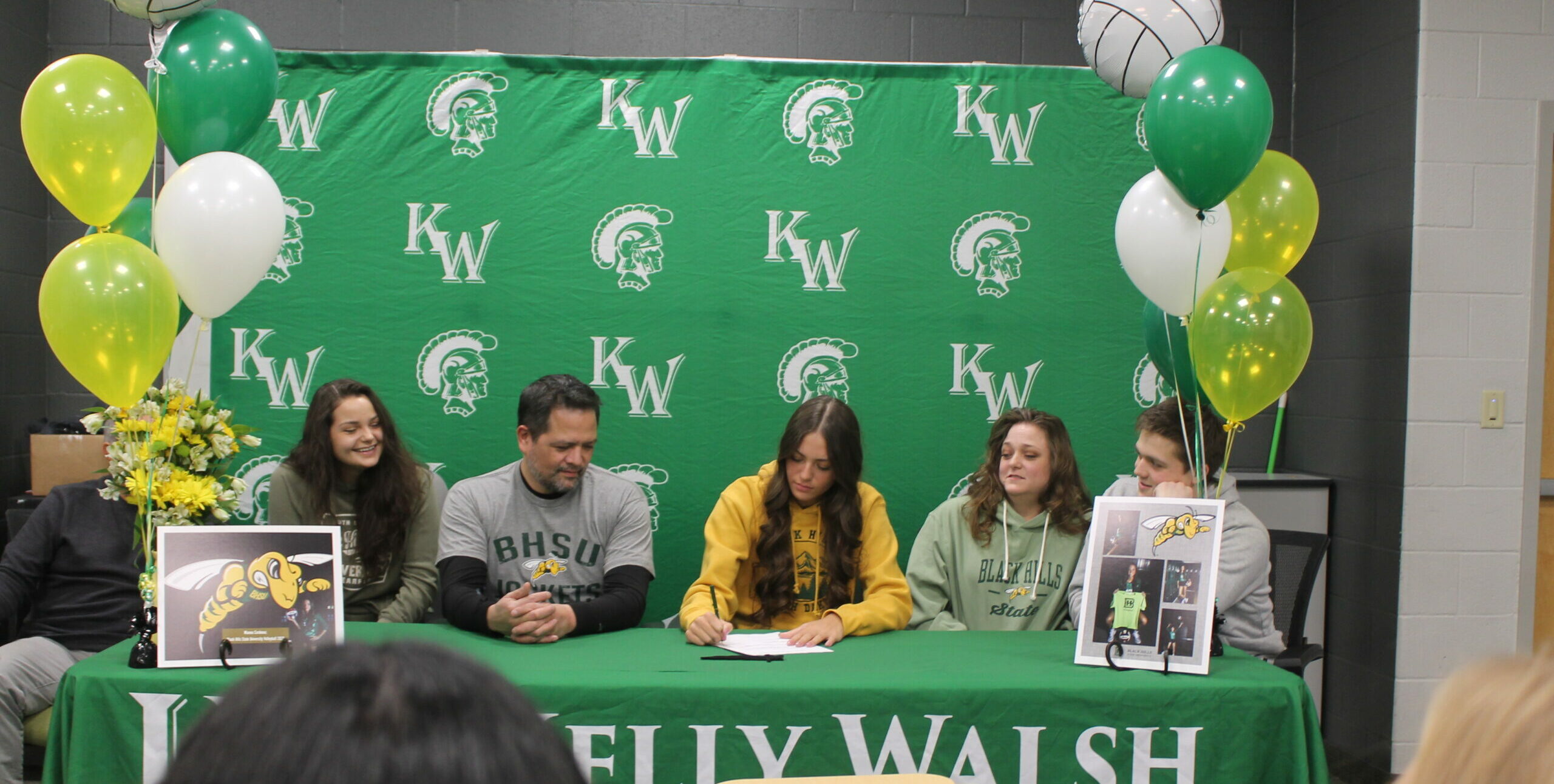 CASPER, Wyo. — In recent years, the Kelly Walsh volleyball program has developed a reputation for dominance. One of the key pieces to its success has been middle blocker Mia Cardenas, who will now continue her volleyball career as a Black Hills State University Yellow Jacket.

Cardenas was introduced to volleyball at a young age, picking it up in fourth grade at the behest of friends who played the sport. Although she initially tried it just to spend time with friends, she quickly took a liking to it all her own.

“As I started playing it more, I was like, ‘Wow, I really love this game,'” she said with a smile. “It was just the environment and the team atmosphere that I fell in love with.”

Around seventh grade, Cardenas said she became aware of the possibility of playing even past high school. It was then that what had previously been a hobby turned into a passion, and she started taking the game even more seriously.

As a Kelly Walsh Trojan, Cardenas helped make her team a perennial powerhouse, and year in and year out, deep playoff runs were not just the goal, but the expectation.

“The biggest thing with her is just the maturity she brings to the team,” head coach Jeff Barkell said. “She’s a calming presence on the team; she always stays focused and understands how to help her team stay focused.

“On the court she’s a very complete player. She could always be counted on for some big blocks, or kills or digs. … For a middle to close a block is one of the most important things for them to do, and she does a really nice job making sure the middle of the court is not an option for the other team.”

The Trojans found success throughout Cardenas’s high school career, but she finished her time at Kelly Walsh with the perfect bookend: a state championship.

“Going out as a state champion feels amazing,” she said. “Especially after getting runner-up for two years.”

When it came time to pick a college, Cardenas said Blacks Hills State University immediately stood out to her. When it offered her a scholarship and a spot on the team, she didn’t hesitate.

“Honestly, I fell in love with the program and the people, and the whole environment there in the small town,” she said. “Black Hills has always been my dream college, so I’m very glad I got this chance.”

Looking ahead to the future, Cardenas said she’s excited to take part in the entire college experience, not just on the volleyball court. And though she said she’s unsure how much playing time she’ll get as a freshman, Barkell is confident that she’s capable of making an immediate impact at the next level.

“Mia’s maturity and the way she plays the game allows her teammates to do their best too,” Barkell said. “Mia’s a kid who you can trust to take care of what she’s supposed to take care [of] so those around her can excel, and that’s why I think she’s very ready for the college game.”