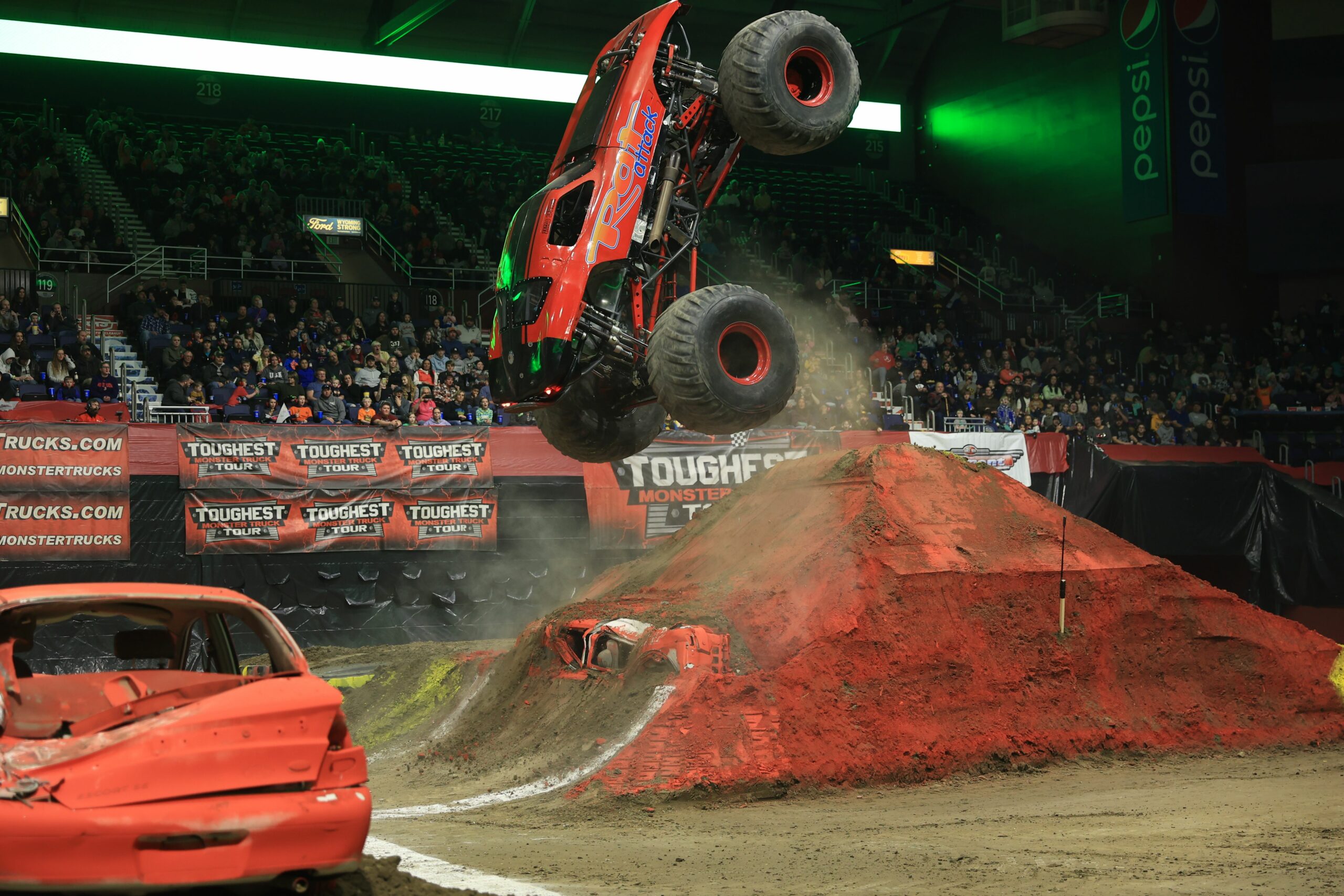 CASPER, Wyo. — The “Toughest Monster Truck Tour” will be back in Casper again on Saturday, Feb. 11, with tickets set to go on sale Friday, Nov. 25, the Ford Wyoming Center announced Monday.

“As always, our entire crew really enjoys bringing our event to Casper and we really appreciate the continuous support of the fans and also our local partners, including Fremont Motors,” Kelly Hess Goldman, promoter for the event, said. “This year’s event will include a brand-new monster truck, never seen before in Casper — ‘Dozer’ — which is a bulldozer-themed monster truck.

“Plus, the truck ‘Rat Attack,’ driven by Casper native Jacob Ladwig, will be joining the tour — not just in Casper but in several other cities in the U.S. This makes some of the more seasoned drivers a bit nervous because he won the racing competition during his debut in Casper last year and is a strong contender.”

Other trucks in the lineup include “Dirt Crew,” “Tailgator,” “Buckshot” and “Holeshot.”

“Plus, the high-flying tricks and stunts of the daredevil Freestyle Motocross team will also be featured,” the announcement said.

Tickets will be available with a $5 discount and will all come with a free pit pass from Nov. 25 through Dec. 9, the announcement said.

“The Pit Pass gets fans in early for the Pit Party where they can walk on the track, see the trucks up close, meet the drivers, get autographs and take photos,” the announcement said. “After December 9, pit passes can be purchased for $10 or will be available for free upon request at Fremont Motors.”

The main Toughest Monster Truck Tour event will start at 3 p.m. Feb. 11 at the Ford Wyoming Center, 1 Events Drive in Casper. The Pit Party will run from 12:30 to 2 p.m.

Tickets will be available at the Ford Wyoming Center and at www.toughestmonstertrucks.com.