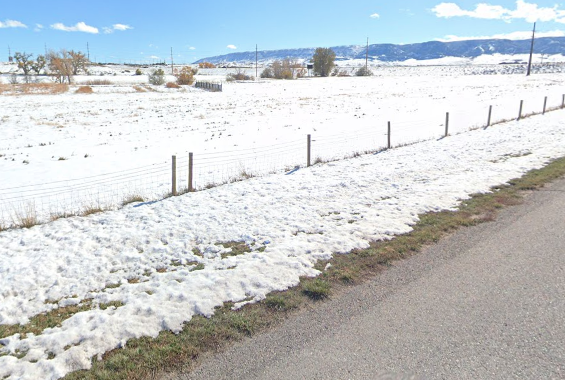 This piece of land on Blackmore Road in Evansville will soon be home to a cryptocurrency mining operation. (via Google Maps street view)

Though Highwire Energy Partners representative Will Reese said there isn’t a hard and fast timeline for when the company hopes to officially be up and running at its Blackmore Road location, he added that timeliness is important to him.

“There’s no clear-cut date, but the sooner the better,” Reese said. “I’d like to see it go up in the next month or two. The crypto market’s not wonderful at the moment, so we’re kind of in sprint mode.”

Reese said Highwire Energy Partners conducted a study with Rocky Mountain Power to find places with suitable infrastructure to support a mining operation, and Evansville had what they were looking for.

“When we did the study, we found that this area could support it,” he said. “One of our partners owns the land, and it fits the character of the area too. So there were a lot of positives about Evansville when we were looking at options.”

In the context of cryptocurrency, mining does not quite carry the same meaning as it does in the context of mining natural resources like coal or metals. Mining is the validation of transactions, and a cryptocurrency mining pool is the pooling of resources by “miners” who share their processing power over a network to split the reward.

Evansville Mayor Chad Edwards said he’s glad to see the land be used, as it isn’t conducive to many other types of business.

“It’s kind of an awkward location for most types of business,” Edwards said. “I think it’s a unique thing, a good use for the land and it diversifies Evansville’s economy.”