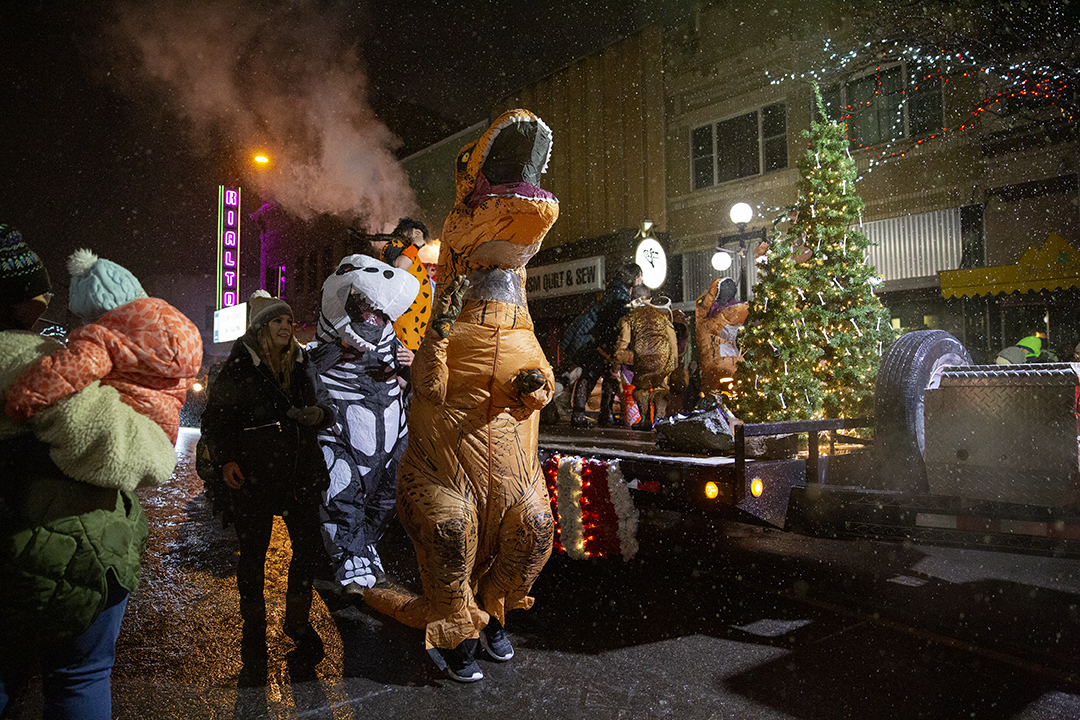 CASPER, Wyo. — The winners of the 2022 Casper Christmas Parade, which had a theme of “Christmas Past, Present and Future,” were announced Monday by the Casper Area Chamber of Commerce and the Central Wyoming Chamber Foundation.

“Grand Prize recipient, Kenny Electric blew the judges away with their prehistoric interpretation of
Christmas past,” the press release announcing the parade winners said. “Grand Prize winners have the honor of hosting Mr. and Mrs. Claus on their complimentary float.”

“The Casper Area Chamber of Commerce and the Central Wyoming Chamber Foundation would like to
thank the City of Casper, our esteemed judges, the community, and the numerous volunteers who made
this year’s Casper Christmas Parade a success.”