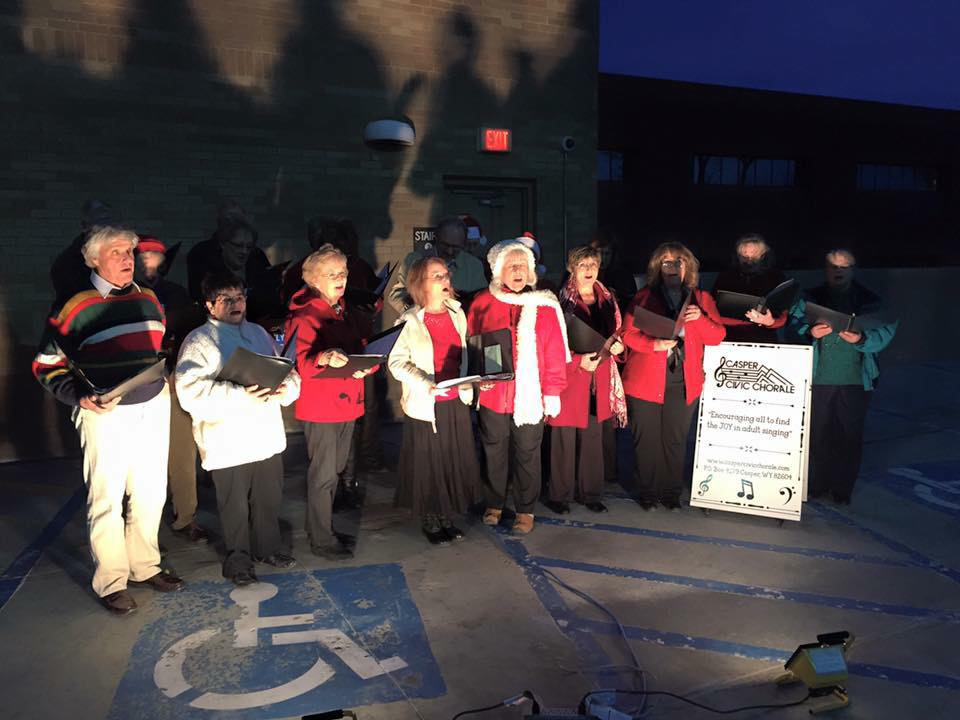 The Casper Civic Chorale aims to rectify that this season by bringing back its annual tradition. The group also happens to be celebrating its 50th anniversary this season.

The chorale’s president, Joan Davies, says the group’s 50th anniversary concert a couple of weeks back was a spectacular success. “We had 370 people attend the concert,” she said, including guest appearances by the original music director and accompanist. “It was a huge celebration.”

Now the group is preparing for its string of Christmas caroling stops in a number of Casper locations this month.

“On Dec. 8, we are going to the [Wyoming Medical Center] and both of the houses at Hospice,” she said. On the 20th, they’ll perform at three assisted living facilities in Casper. They used past performances as a model for this year’s schedule.

“Since we haven’t done it in two years, we thought we’d try to revisit the places we’ve gone to in the past and start from there,” she said. “All the places we’re going to were just really happy to have us back.”

The program consists of familiar Christmas carols, both sacred and secular, she said. “Depending on the place, it’s their choice whether we perform walking through the hallways or going into the dining room or great room,” she said.

The group consists of around 65 members, but about 20 will participate in the caroling.

“We absolutely can’t wait to go out and do this,” she said.

More information on the Casper Civic Chorale can be found at its website.