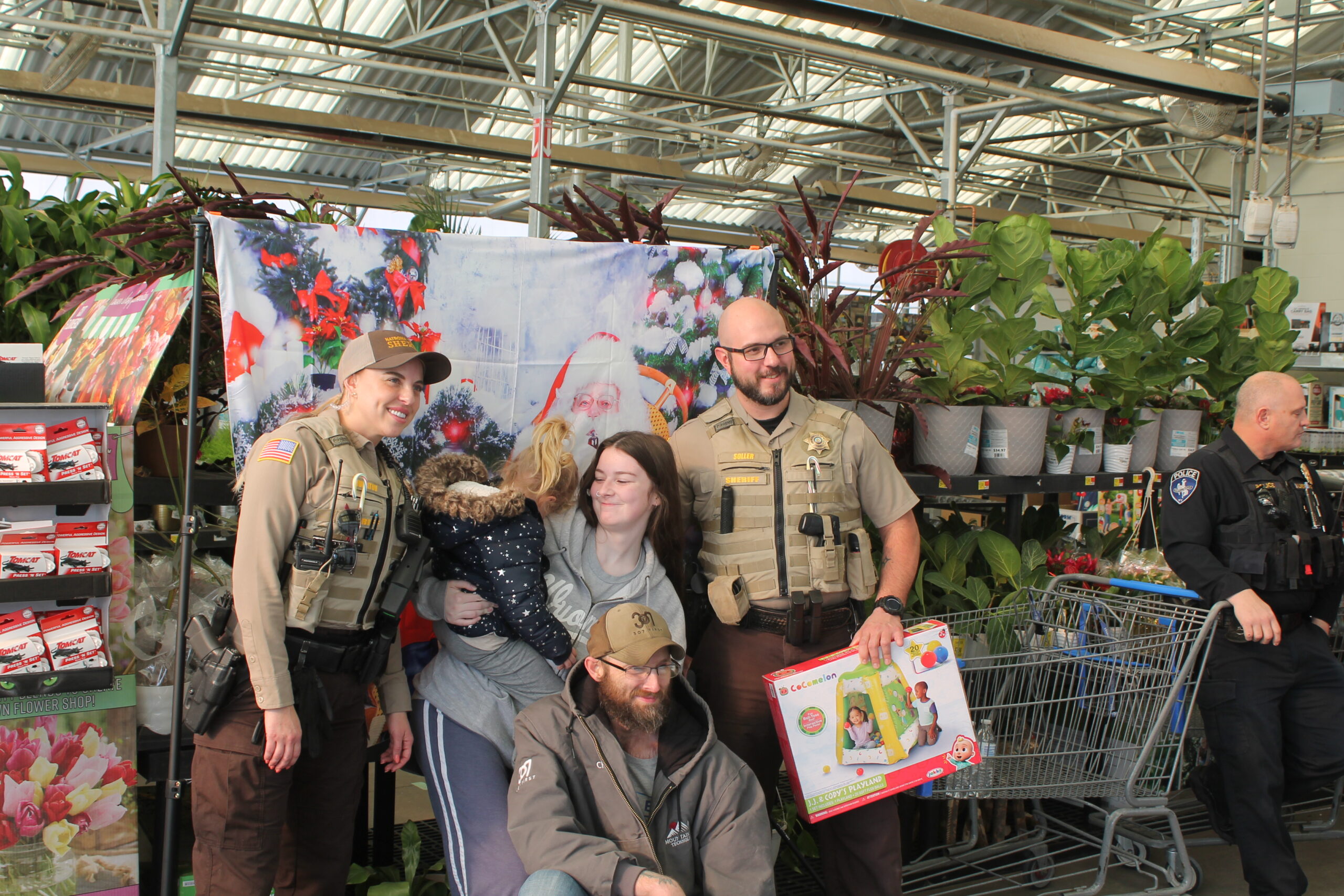 CASPER, Wyo. — This weekend marked the 15th annual Shop with a Cop, which saw local law enforcement get children in the holiday spirit by taking them shopping at Casper Walmarts.

Thanks to donations from Walmart and several other local sponsors, officers from various agencies gave children $60 gift cards and then accompanied them into the store to let them buy whatever they wanted.

Natrona County Sheriff’s Office Corporal Richard Reeves said he’s seen different brands of toys rise and fall in popularity through the years of putting on Shop with a Cop. At the moment, he said, kids tend to go for Marvel toys more than anything else.

“Marvel is huge with them right now,” Reeves said. “Pokémon, Minecraft and a few others are also pretty big hits with the kids. But Lord Almighty, Marvel is the big one.”

While some officers have taken part in the weekend event for years, others were new to it. That was the case for Mills Police Officer Justin Bucholz, who was taking part in Shop with a Cop for the first time.

“I’ve had a ton of fun,” he said with a smile. “There was this one girl I shopped with who was around 7 years old; she was super excited to be here and it seemed like everything she saw, she wanted.”

Stockero also had a memorable experience with a child on Saturday when, after helping them pick out some toys, they raced each other down the aisle.

“I’ve been doing this for 11 years and it’s something I look forward to now,” Stockero said.

Reeves said the event is a great chance for the officers to support the community and show people that they don’t need to be fearful of law enforcement.

“It’s an opportunity for us to put some humanization behind the badge and strengthen the bonds we have with the community,” Reeves said. “We want to show the people that we protect and serve, that we really do care about them.”

Stockero said she’s seen the weekend event grow over the years, with more and more families participating each year. This year alone, she said, roughly 60 more children participated than last year. Moreover, Reeves said that while he doesn’t have exact numbers, hundreds of children took part in the event over the two days.

“This gives the kids in our community a chance to have a really positive interaction with law enforcement,” Stockero said. “I think being in the community like this is really important.”