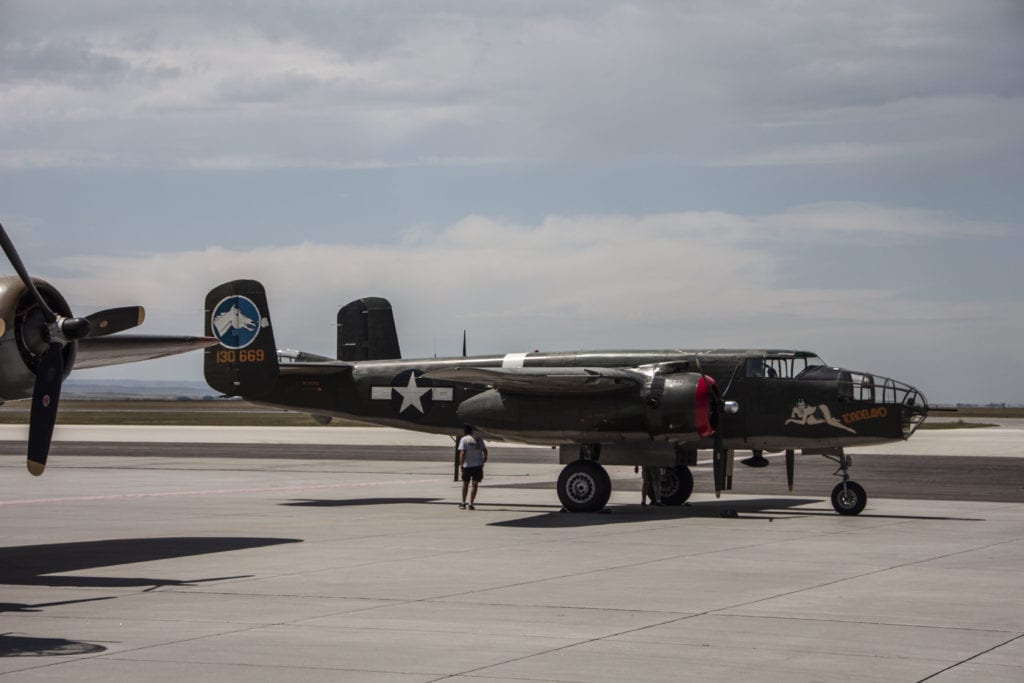 CASPER, Wyo. — To mark the contributions and sacrifices made throughout the country during World War II, the National Parks Service and Secretary of the Interior have designated one city in each of the 50 states as a WWII Heritage City. In Wyoming, that distinction was bestowed upon Casper.

Casper Army Air Base is one of only four World War II installations constructed in Wyoming. The 211th Army Air Force Base Unit — B-17 and B-24 bomber groups — trained for overseas assignment in Europe and the Pacific. In total, the base unit consisted of an estimated 16,000 combat crew members. The facility, including its outlying gunnery and bomb ranges, was the largest military installation in Wyoming’s history.

“This honors the contributions of local towns and cities and commemorates the stories of the men and women whose bravery shaped the U.S. homefront during the war,” Natrona County Commission Chairman Paul Bertoglio said. “This is a great honor for Casper and Natrona County.”