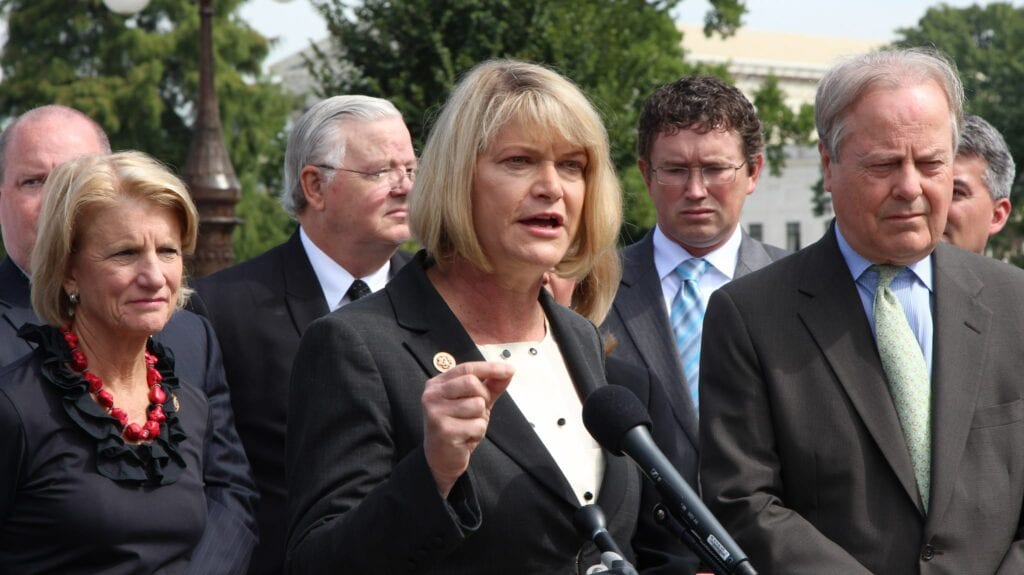 Lummis was among three Republican leaders who talked to The Hill about Trump’s electability in the 2024 presidential campaign, and his difficulty in gaining traction.

“I don’t think it was helpful when the issues he was focusing on after he announced [his 2024 presidential campaign] related to the 2020 election,” she told The Hill. “I think if he’s going to succeed, he has to focus on the future. I think if he focuses on the past, he won’t succeed.

“I do believe that people are over the 2020 election, and they want to move on.”

Recent polls have shown continued momentum for Florida governor Ron DeSantis, who handedly defeated Democrat Charlie Crist in the recent gubernatorial race, while many of Trump’s handpicked candidates did poorly during the midterms.

The Hill’s article says that Lummis sees DeSantis as the new leader of the Republican Party, praising him for his accomplishments and his ability to “make it about the team.”

Trump’s popularity in Wyoming is among the strongest of any state in the U.S. In 2020, Trump received just over 70% of Wyoming’s votes, with Biden landing less than 26%.

Read the full article from The Hill here.