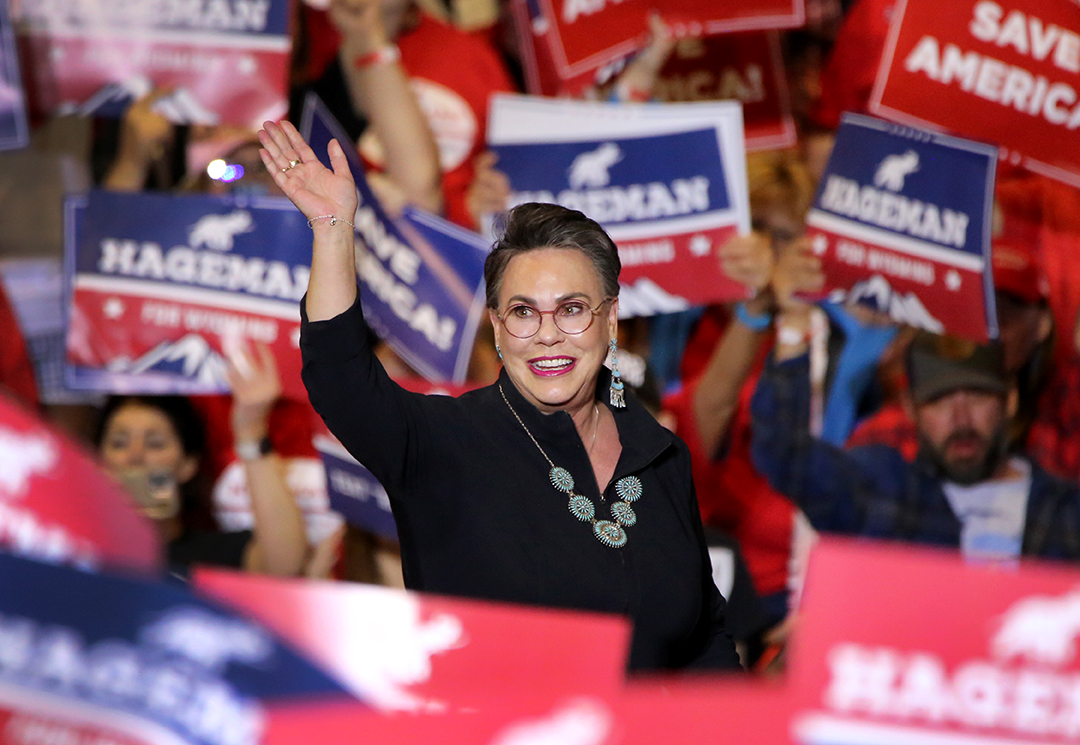 Harriet Hageman waves to a cheering crowd after a speech at a Save America rally with former president Donald Trump on May 28, 2022, in Casper. (Dan Cepeda, Oil City News File)

The town hall meeting, which will last from 9:30 to 10:30 a.m., is part of a series of such public meetings the freshman congresswoman is hosting. She recently spoke in Jackson, and had a town hall scheduled for today in Lander.

“I know what it means to ‘Ride for the Brand,’ and I will always stay loyal to the outfit that hired me: the citizens of Wyoming,” Hageman previously said following her victory on election night.