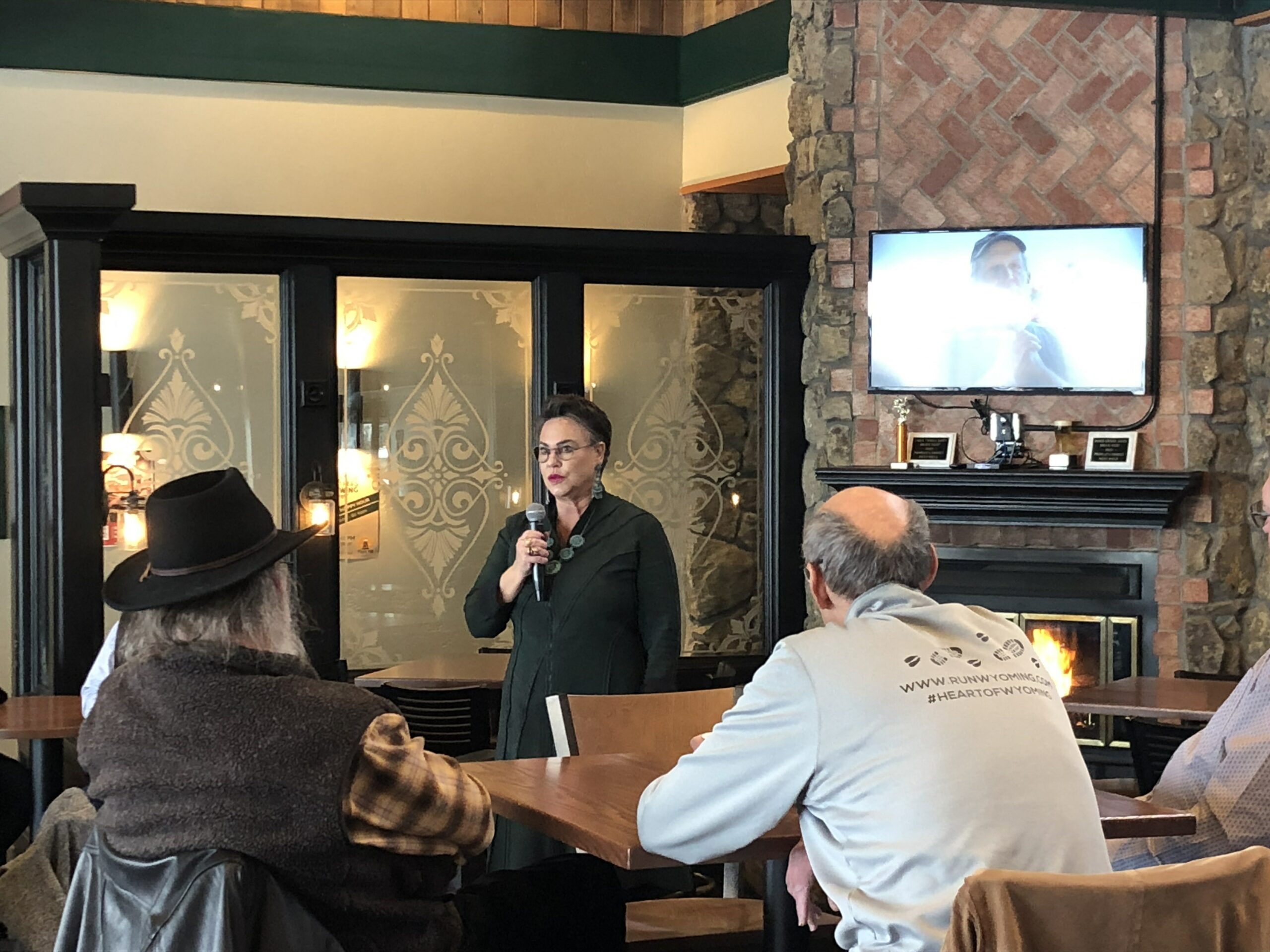 CASPER, Wyo. — Congresswoman Harriet Hageman was recently sworn in as Wyoming’s latest representative in the House, and on Saturday she was in Casper to fill voters in on how her first few weeks have gone, and what her plans for the coming legislative session are.

Hageman, who was recently named to the Natural Resource Committee and the Judiciary Committee, said there are a number of pieces of legislation she and her peers are working on.

“The very first bill that we passed was the Family and Small Business Taxpayer Protection Act, which repealed the funding for 87,000 IRS agents,” Hageman said, garnering applause from those in attendance. “We’re going to have a battle on the other side; the senate and Joe Biden don’t want to take that up but we’re telling the American people that we’re going to protect them from the federal government.

“The purpose of those 87,000 IRS agents … is the weaponization of the federal government against the citizens of this great country.”

A pro-life bill, a regulatory reform bill aimed at keeping power out of unelected hands, a bill to streamline mining in Wyoming and elsewhere and a bill aimed at helping veterans access funding are other bills Hageman said she has either cosigned or helped pen.

Hageman said one of the issues she is currently tackling that most affects Wyomingites is what she called a war on the energy industry.

“We’re the largest coal producer in the nation, and their efforts to shut down our coal mines is not only destructive to Wyoming from the standpoint of our jobs and our economy, it’s destructive to the United States of America and ultimately the world,” she said.

Hageman listed some long-term plans, which include cutting America’s funding to the World Health Organization and investigating the federal spending that was done in the fight against the coronavirus pandemic.

Launching an investigation into the classified documents recently found in President Joe Biden’s home is another top priority for Hageman, she said.

“[Biden] and his administration has been so shockingly incompetent, so shockingly destructive to this country for a lot of reasons,” she said. “I’d say everything is on the table to try and save this country.”

Hageman said she plans on hosting town halls regularly throughout her term to keep constituents abreast of what she’s working on, and vowed to take action on issues important to Wyoming residents.