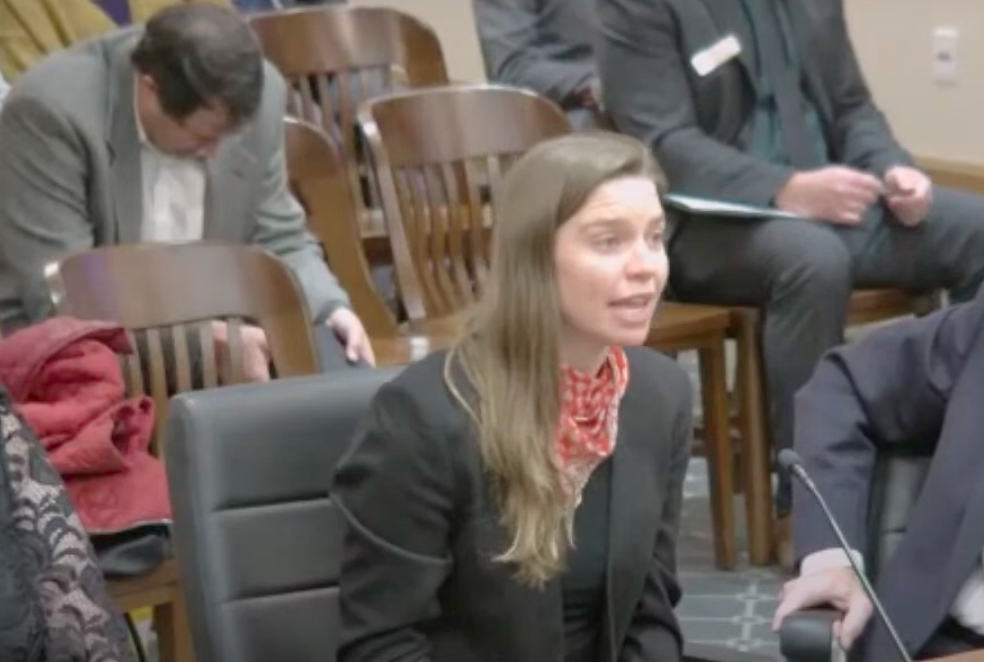 CHEYENNE, Wyo. — Senators passed on first reading legislation that would ban chemical abortions in the state despite hearing mixed reactions from Wyoming residents and health professionals.

The legislation would prohibit several types of chemical drugs used for abortions, including mifepristone, misoprostol, mifeprex, mifegyne or any substantially similar generic or non-generic drug or chemical dispensed for purposes of causing an abortion.

The committee needs to approve the bill on second and third readings before it moves to the House.

During the public testimony session, multiple women’s health professionals said they opposed the chemical ban because it would jeopardize the wellbeing of their patient.

Dr. Rene Hinkle, an OB-GYN for the Cheyenne Women’s Clinic, gives her patients misoprostol and mifepristone on a daily basis for miscarriages, induction of labor and postpartum hemorrhoids to save people from having to undergo surgery.

“We use those medication for other reasons [than abortion] and it will drastically affect how we take care of patients,” she said. “We use them every single day, they are in every single one of our labor and delivery order sheets. Don’t make these drugs illegal.”

Hinkle added that pharmacists and physicians are already hesitant to provide her with the two drugs because of the federal abortion ban. The state bill would make it harder for her workplace and patients to have access to them.

Likewise, Dr. Sarah Gregory, an OB-GYN from the Cheyenne Regional Medical Center, said banning chemical abortions would prevent her from speaking honestly with patients who experience “inevitable abortion,” a situation where the cervix is dilated and the fetus’s heartbeat cannot be detected.

“The bill would take away the liberty and autonomy of physicians like me having that discussion with a patient in my office, determining if it’s a therapeutic abortion and [then] offering a chemical abortion,” Gregory said.

Kaufman said strict abortion laws would scare young people and discourage them from living in the state.

“We see young people flee the state for places with healthcare that makes them feel seen and heard,” Kaufman said. “As someone who wants to raise a family here, I urge you to oppose this bill so that we can keep people excited to have those opportunities to be part of the state.”

While some vehemently opposed the bill, others came forward and expressed support for it.

Laramie County resident Robin Goodspeed said in her “former life” as a pregnant lesbian and atheist she never considered an abortion.

“Even then, I knew that if I aborted that pregnancy, I would be killing my child, I would be murdering my baby,” Goodspeed said.

Although she ended up losing the baby, Goodspeed said she talked to women who struggled with feelings of grief, shame and guilt over their abortions.

“I encourage you to vote yes on this bill to ban this chemical abortion which makes it easier for another generation of young women to follow that same horrible path,” she said.

Andy Swallow, a member of the University of Wyoming’s Students for Life group, said he is alarmed at the number of students engaging in “organized and sophisticated” abortion pressure tactics on campus, and thinks an official law would discourage this.

He added that lawmakers need to consider the spiritual significance of the bill.

“We have to look at not only the letter of the law but the spirit of the law,” he said. “Do we want to be a state where we only chose the choices that will be the least amount of effort for all the parties involved, the ones that will sacrifice human life for our own convenience, or our own safety?”

The bill in full can be viewed here.

The testimonies from the meeting can be viewed below: