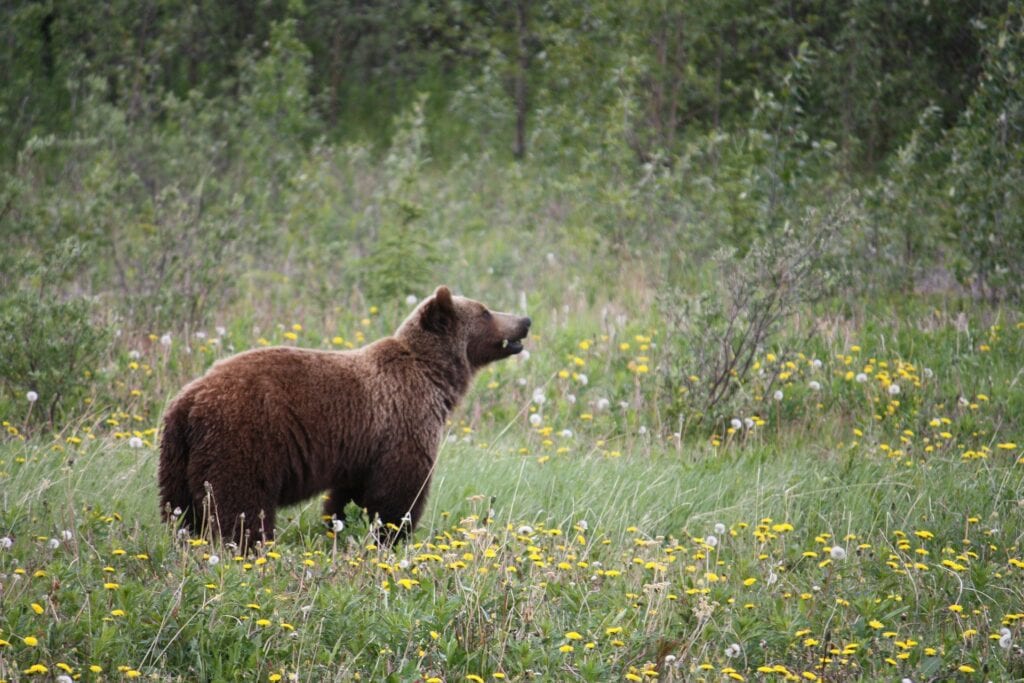 “The Greater Yellowstone Ecosystem bear population is booming, growing from as few as 136 bears when first listed to as many as 1,200 in the ecosystem today,” the two said in the Monday, Oct. 5 piece. “The traditional range has expanded beyond what is considered biological and socially suitable habitats by 7,738 square miles. That came at a cost of $50 million, $2 million annually, paid for by the Wyoming sportsperson.”

Nesvik and Magagna said that Wyoming has “met and exceeded” mandated protections for grizzlies.

“By all federally mandated and scientific measures, the grizzly bear has reached recovery status for over 20 years,” they add. “Yet, it remains listed because of endless federal lawsuits litigated in courts outside of Wyoming.”

“These legal challenges don’t assert grizzly bears aren’t recovered. Instead, they are based on complex technicalities related to how the federal government promulgates regulations detailing the removal of bears from the List and transfer to state management.”

The editorial notes that Wyoming Governor Mark Gordon told the U.S. Senate Committee on Environment and Public Works in September that federal endangered species protections needed to be modernized.

“Back home that same week, two separate hunters were attacked by grizzly bears, and other bears were involved in livestock depredations,” Nesvik and Magagna said. “These stories aren’t new. Clashes between bears and people happen weekly in the fall in northwest Wyoming. And there is little the state can do about it under the current construct of the ESA.”

“It’s high-time, as the Governor stated, for authority over recovered species to be returned to the states and tribes. In the case of grizzly bears in Wyoming, the call is urgent. For ranchers, hunters and anyone living, working or recreating in the ever-expanding bear country, these stories are becoming commonplace.”

Nesvik and Magagna continued to say that ranchers in the northwestern part of the state have seen an increase in the loss of cattle and sheep to grizzly bears.

“In 2019, the Wyoming Game and Fish Department documented that 67% of all bear conflicts in the GYE are livestock-related,” they said. “Livestock producers lose hundreds of thousands of dollars’ worth of calves and lambs annually.”

“While ranchers are compensated for many of their losses, they don’t raise their stock to feed grizzly bears and to lose their ability to market their product. Importantly, the disturbance caused by the bears leads to decreased weight gains by the livestock. In addition, riders and herders who strive to reduce the losses of livestock put their own lives at risk.”

Nesvik and Magagna said that the Endangered Species Act in its current form “has hamstrung Wyoming.”

“The state is allowed to play an assistant role at the direction of the U.S. Fish and Wildlife Service,” the two said. “Despite the management-in-the-margins that Wyoming’s been relegated to, the state has delivered under the ESA again and again.”

“Wyoming has a strong track record of species conservation. The black-footed ferret population was resurrected from extinction; the Wyoming toad, too. Sage grouse have avoided listing thanks to the efforts of private landowners, the state’s commitment to a strong scientific plan and our cooperative approach to enhance and protect sage grouse habitats.”

Nesvik and Magagna pointed to Wyoming’s management of the gray wolf as evidence the state could responsibly manage grizzly bear populations.

“The gray wolf illustrates what Wyoming can do when holding the reins,” they said. “Regaining state and tribal management was critical for producers who spent too many mornings searching for and counting livestock carcasses.”

“After five lawsuits and 15 years, the gray wolf population was finally delisted. Similar to the grizzly bear, the species was fully recovered by all federally developed criteria for over 10 years before management was completely turned over to the states and tribes. Most litigation focused on technicalities and post-delisting state and tribal management plans and not on population viability. Today, after four years of state management, the wolf population is thriving and is consistently managed far above federally required recovery objectives. Now, Game and Fish cooperates with affected livestock producers to handle wolf predation situations.”

Nesvik and Magagna note that Wyoming’s junior U.S. Senator John Barrasso has sponsored a bill they said would help “prune” overreach in the Endangered Species Act.

“The Wyoming Stock Growers Association and the Wyoming Game and Fish Department are united in our support for the Governor’s and Senator Barrasso’s efforts to reform the ESA,” the editorial says. “For Wyoming, this is essential.”