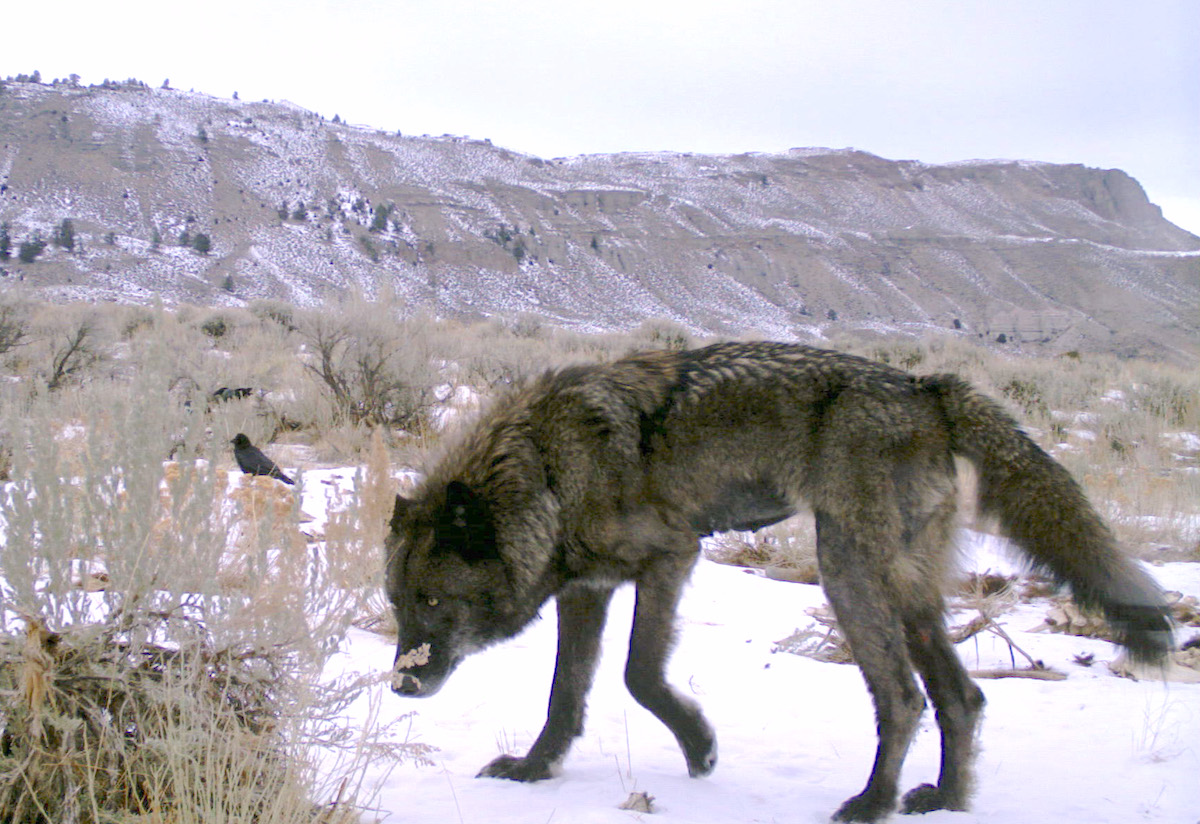 Several conservation organizations and numerous Native American tribes are citing Wyoming’s wolf predator zone — the roughly 85% of the state where wolves can be killed at any time by any means — as evidence of the need for renewed federal protection of the gray wolf.

In an “emergency petition,” a coalition of conservation groups has asked U.S. Secretary of the Interior Deb Haaland to reestablish protections for the gray wolf in the northern Rocky Mountains, including Wyoming. Wyoming’s unlicensed and unregulated killing of wolves across most of the state results in “an overall negative growth rate,” the petition states.

“Wyoming cannot be expected to serve as a secure source of dispersing wolves,” the petition says.

In addition to the listing petition, conservation groups also seek to withhold federal Pittman-Robertson and Sport Fish Restoration funds to states that allow hunting and trapping of predators “at levels that compromise healthy populations.”

At the end of 2020, 147 wolves lived in the northwest corner of the state outside Yellowstone National Park and the Wind River Indian Reservation, according to Game and Fish estimates. The wild canines are managed as trophy game in that region and their killing is regulated there. That program has continued to meet federal population goals, the state wildlife agency asserts.

But regional context could become important as Idaho and Montana sanction increased killing of wolves there. Even Canadian tribes have petitioned Haaland to rein in the bloodletting, saying wolves are “functionally extinct” in most of their range and citing Wyoming’s predator regulations that allow “killing pups in dens.”

Although contemporary Western wolf history stretches back to 1995 when the animals were reintroduced to Yellowstone National Park and Idaho, former president Donald Trump ignited recent debates by removing gray wolves from the list of protected species on Jan. 5, 2021. Montana and Idaho soon increased hunting quotas.

Secretary Haaland, who said when she visited Yellowstone in August that wildlife “don’t see borders,” found “substantial, credible information” that relisting the gray wolf may be warranted, the Interior Department’s U.S. Fish and Wildlife Service said on Sept. 15. The agency did not make an immediate emergency finding but said Sept. 15 it will review the species’ status within 12 months.

Gov. Gordon reacted the next day, saying “our program, our plan has worked and we believe we have strong evidence to support that.” It “does not need to be fixed,” he said.