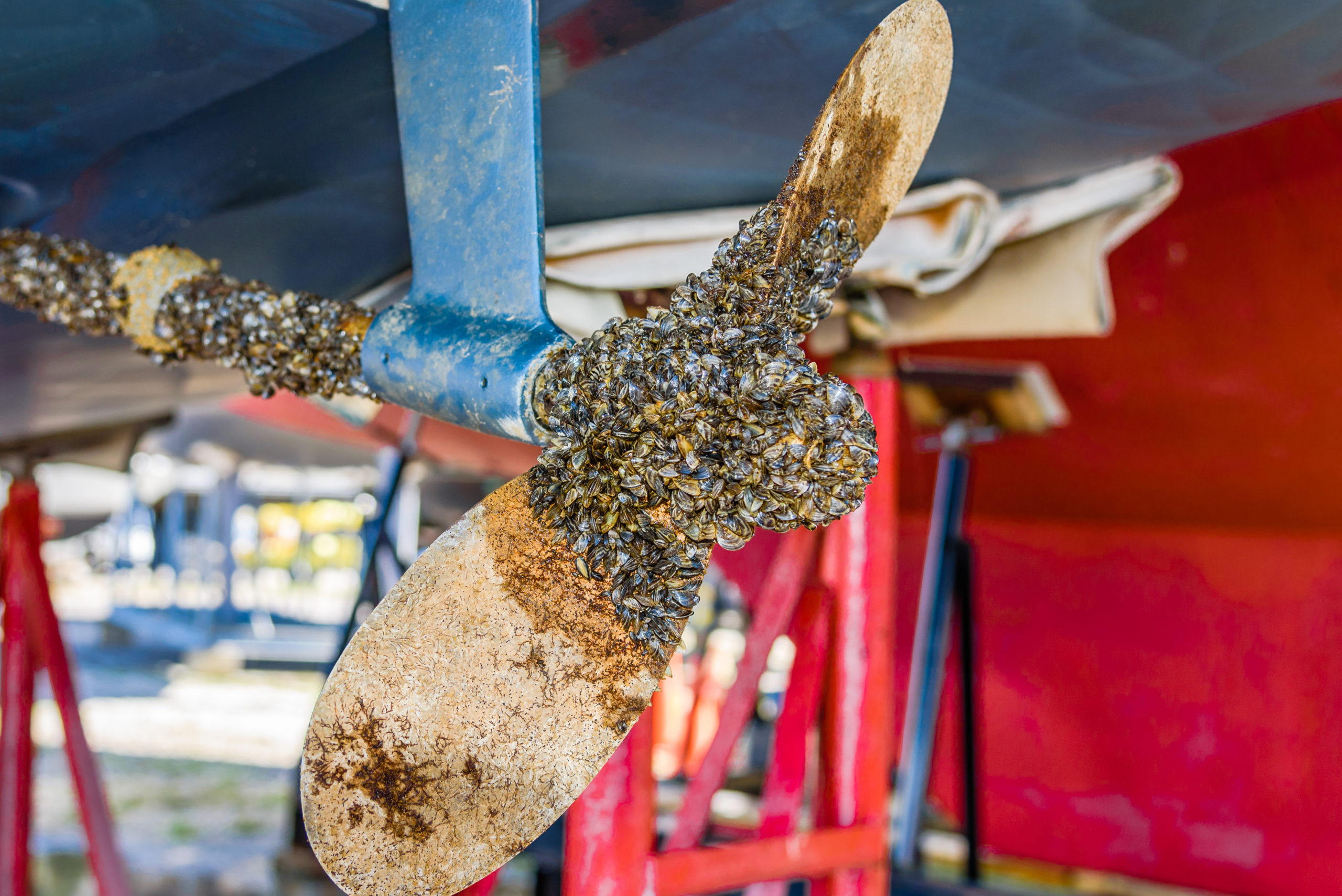 CASPER, Wyo. — The Wyoming Game and Fish Department said on Monday that a record number of boats were decontaminated after checks at Aquatic Invasive Species (AIS) check stations in 2021. Live mussels were also found on two boats, the first time live mussels have ever been found at AIS check stations in Wyoming.

Over 68,000 boats were checked at stations across the state in summer 2021. Game and Fish personnel decontaminated 924 boats, the most ever in a single year since the AIS program was launched in 2010.

“Check stations were extremely busy in 2020, and we stayed that way in 2021,” Game and Fish AIS Coordinator Josh Leonard said. “It was another record-breaking year, but this time it was because we intercepted more risk.”

The check stations serve as a first line of defense against allowing invasive species to enter the state and spread between waters in Wyoming. Invasive species include “plants like curly pondweed, which Wyoming does have, to species that the state has managed to keep out, like Asian carp and zebra or quagga mussels,” Game and Fish said.

“As more states and waters turn up with AIS, particularly mussels, the threat to Wyoming continues to swell,” Game and Fish said. “Decontaminations in 2021 were more than double the 480 conducted in 2019. In 2021, check station inspectors found mussels on 54 boats; in 2019 only 19 boats were intercepted with mussels.”

Leonard said that other factors in the higher number of decontaminations may include greater public awareness in the threats posed by aquatic invasive species, leading to more people stopping at the check stations.

“Leonard attributes that partially to a partnership with Wyoming Department of Transportation to use highway signage reminding boaters to stop at check stations — flashing ALL BOATERS MUST STOP for most of the summer months,” Game and Fish said. “The other reason he suspects more adherence to the rules is due to the unfortunate identification of zebra mussels in moss balls, a popular aquarium plant, in pet stores this last spring. That discovery thrust AIS into the spotlight.”

“Game and Fish and the Wyoming Department of Agriculture led a Governor’s response team to remove moss balls from retail shelves, monitor municipal water treatment plants for traces of zebra mussel DNA and get the word out to Wyomingites to watch for AIS in their homes. Through a robust communications campaign, residents were encouraged to dispose of any moss balls they owned by boiling the plants and the tank water, and then pouring it outside on grass or soil.”

Game and Fish said that invasive mussels are among the most destructive aquatic invasive species.

“It is very unlikely to eradicate mussels once they are established in natural water,” the department said. “While the state was the most vulnerable it’s ever been to a mussel infestation, Wyoming remains free of zebra and quagga mussels. Game and Fish monitors for mussels and other invasives by sampling 20 waters twice per year and an additional 50 waters once per year. This year, municipal water testing was also added to that list to make sure mussels didn’t find their way into pipes from aquariums. The department also finalized rapid response plans in 2021 to quickly respond if mussels are ever found in the state’s 23 most vulnerable natural waters.”

Leonard added: “There’s still a place in the United States that doesn’t have mussels — it’s Wyoming — and we’re doing all we can to keep it that way, with inspectors working very hard to keep AIS out. Wyoming has wonderful, diverse water resources, and we need to protect them.”

Wyoming law requires that any watercraft that is transported into the state between March 1 and November 30 receive an inspection from an authorized inspector prior to launching into the water.

“Any watercraft that has been in a water infested with zebra/quagga mussels within the last 30 days is required to undergo a mandatory inspection by an authorized inspector prior to launching during all months of the year,” Game and Fish add. “All watercraft must stop at any open watercraft check station on their route of travel, even if not intending to launch in Wyoming.”